The sun never sets on the Yayoi Kusama Empire: from her psychiatric hospital the 92-year-old artist continues to organize a multitude of exhibitions

The job of the artist doesn’t call for the same virtues as those required of mere mortals. In the modern and contemporary period, for the greatest of painters, severe psychiatric problems are not considered a handicap but are seen instead as proof of an ultra-sensitivity which influences their powers of invention.

Take Van Gogh: his self-admitted stay at the asylum in Saint Rémy de Provence and his generally acknowledged psychic instability didn’t do his legacy any disservice. If anything they contributed towards fuelling his tortured artist myth. In Norway there was Edvard Munch, whose most famous painting, “The Scream”, made in four different versions, is no less than the embodiment of an immense anguish which would result in the artist spending various stints in the asylum. The record price for the painter, 120 million dollars, was incidentally attained in 2012 for one of his pastel versions of “The Scream”. 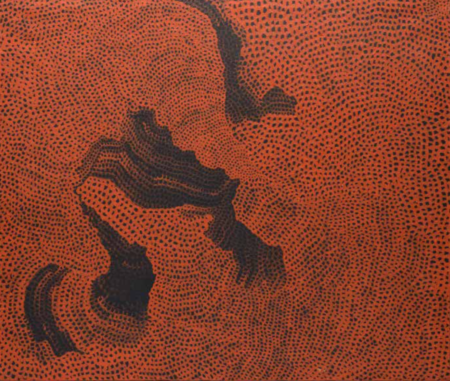 In contemporary times things are even more extreme, given that perhaps the most famous artist in the world today, Yayoi Kusama, aged 92, has been living in a private psychiatric clinic in Tokyo since 1977. Her life is organized around this situation.

Her studio is based a few metres from the institution, and she spends the majority of her time working, day and night. After several years in the United States, the Japanese artist first admitted herself to the establishment in 1973, subsequently choosing it to be her home.

“It’s important not to complicate things,” explains her London gallerist, director of the Victoria Miro gallery Glenn Scott Wright. “The hospital enables her to feel particularly secure. She follows a course of treatment there, which is necessary for her.” One of her psychiatrists, who also happens to be a collector, Ryutario Takahashi, even declared in 2016: “In fact, practically speaking, she hardly takes any medicine anymore. Her stay in a psychiatric hospital today is more akin to an artist’s residency. She is elderly. She is the subject of the doctors’ and patients’ attention and support, like in a big family.”(See the report about his collection here). 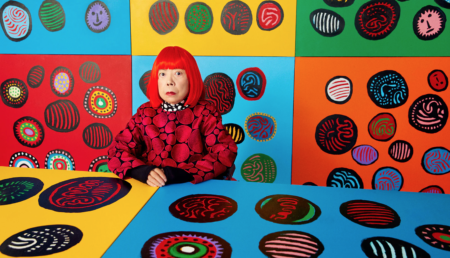 Regardless of her psychological stability, the desire for success is a constant preoccupation for her. Glenn Scott Wright explains that Kusama “is without doubt ambitious. She opened a museum in 2017 which is entirely dedicated to her work and she reserves a large part of her new production for this institution. That’s why for her last exhibition we only had 5 paintings on sale.” 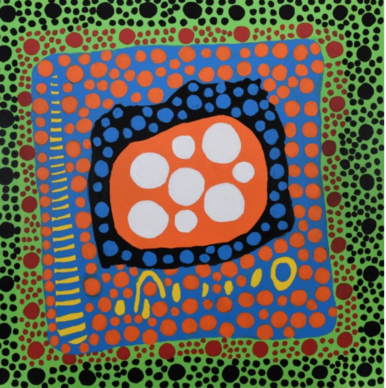 The sun never sets on the Kusama Empire. Her schedule over the coming months is absolutely staggering. From 4 June she will be exhibiting new paintings from the “My Eternal Soul” series at the three powerful galleries who represent her , David Zwirner in New York, Victoria Miro in London, and Ota Fine Arts in Tokyo.

At the same time, she is the subject of an exhibition at the New Botanical Garden in the Bronx in New York until 31 October. As soon as museums reopen in Germany she will be displayed at the Gropius Bau in Berlin, this autumn at the museum of modern art in Tel Aviv, and one of her “Infinity Mirror Rooms”, her famous installations made from gleaming lights, mirrors and water, is due to open this spring at the Tate Modern in London. 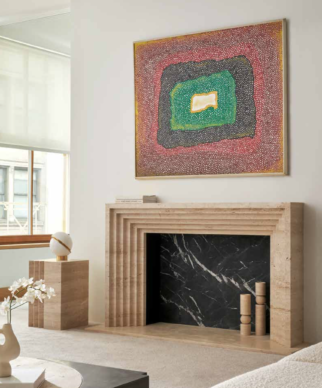 Finally, on 12 May in New York, the auction house Bonhams will be presenting some very rare works by the elderly lady with the red hair, who never smiles.

During the 1950s she developed a characteristic visual vocabulary including, among other things, abstractions made from infinite numbers of tiny dots (Infinity Nets) which resulted from her traumas. She explained: “During the dark days of the War, the scenery of the river bed behind our house, where I spent much of my disconsolate childhood, became the miraculous source of a vision: the hundreds of millions of white pebbles, each individually verifiable, really ‘existed’ there, drenched in the midsummer sun (1)”. 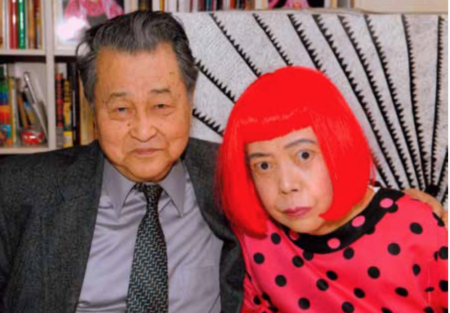 Bonhams are presenting three paintings and 8 drawings made between the 1950s and 60s which belonged to the Japanese doctor, Teruo Hirose, who treated her during her first stay in New York. The ensemble is estimated at 8.8 million dollars. 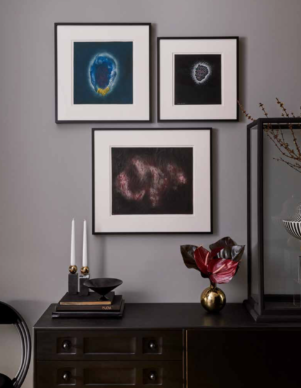 The record price at auction for Yayoi Kusama, 7 million euros, was obtained in 2019 for one of her “Infinity Net” works, a painting featuring white dots on white made in 1959. The second highest was for a painting composed of black dots on red from 1960 which attained 5.3 million euros.

Multicoloured dots in a labyrinth 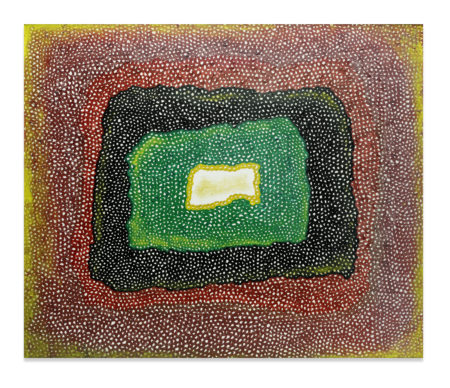 Bonhams have set very “attractive” estimates, as we say in auction jargon, meaning they’re designed to attract buyers with a price that is well below that of the market. The most fascinating work in the sale, a painting made up of small multicoloured dots arranged as though in a labyrinth, dated from around 1965, is estimated at 2.5 million dollars. Whilst the two canvases from 1960, composed of black dots on a red-orange background which refer to a coursing river, are estimated at 3 and 3.5 million dollars. The drawings that resemble views of space (estimated at 60,000 dollars) were all made before 1957.

“At that time, Doctor Hirose was one of the only Japanese doctors in Manhattan. Yayoi came to America with 60 kimonos and 2000 artworks which she hoped to use as currency. The works on sale are ones she gave him as gifts. They remained in contact until the doctor’s death in 2019,” explains Ralph Taylor at Bonhams, who adds:

“The market for Kusama today is completely global. She can be understood by everyone because her work is not political, there’s no text and these days there’s nothing sexual. It is in fact made up of two distinct markets, the recent more kitsch production, and her older work, which we are presenting. Both are received favourably in terms of demand.”

Since 2009 Kusama has been using pure pigments of bright colours to create compositions with primarily plant-like motifs which form part of the series “My Eternal Soul”. Glenn Scott Wright imagines that in June her new paintings will be sold for between 600,000 and 1 million dollars.

“She is an artist who is still underrated. It could be said that her value was considerably reinforced by the retrospective at the Tate in London in 2012, which travelled to the Centre Pompidou in Paris, the Reina Sofia in Madrid, and the Whitney Museum in New York. Her collaboration with the Vuitton brand at the request of Marc Jacobs, the head designer at the time, propelled her into the public sphere in a remarkable way. At the same time she continues to garner critical praise thanks to her exhibitions in museums.”

From her private clinique home

According to the Artprice database, on average 100 euros invested in a Kusama work in 2000 will have been worth 552 euros in December 2020. Today, from her private clinic home, the artist is launching battle plans to take over the world. But according to the director of the Victoria Miro gallery, “her studio is only made up of 5 or 6 employees. I’ve never met an artist endowed with such creative energy,” he concludes.

In true Pop Artist style, Yayoi Kusama has never concealed her desire for global celebrity. Clearly she has achieved her goal. 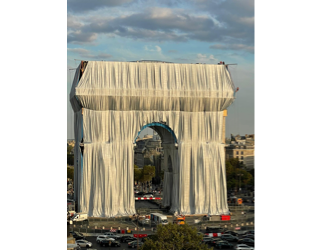 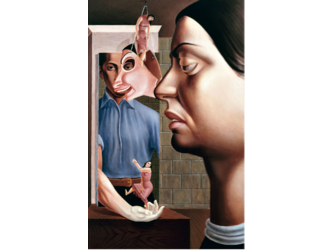