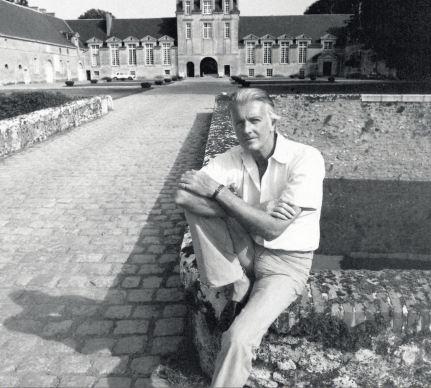 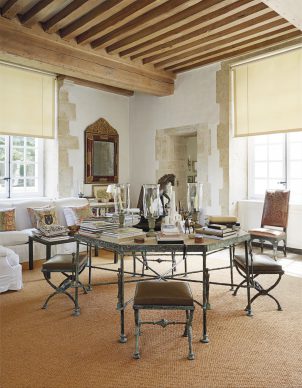 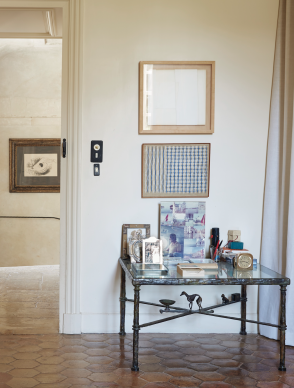 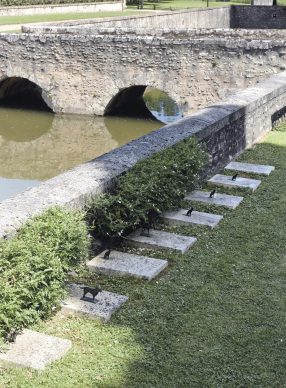 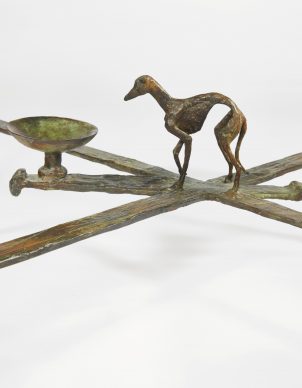 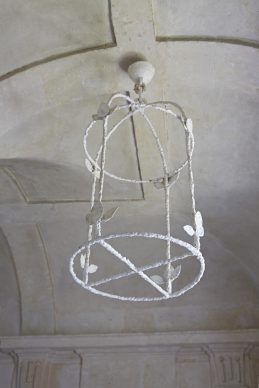 The pair are reunited at Christie’s in Paris on 6 March.

Hubert de Givenchy is selling a series of pieces he commissioned from Diego for his Le Jonchet manor in the Loire valley between 1970 and the 1980s.

The 21 bronze and plaster objects, the subject of a lavish catalogue by the auction house, are estimated collectively at 6 million euros (low estimate).

Diego, who was one year younger than his brother, worked on rue Hyppolyte Maindron in the 14th arrondissement of Paris in a connecting studio to Alberto’s.

He helped out his brother with the casting, patina and conservation of his plaster sculptures. He was also his model.

In the field of decorative arts, they collaborated together with the illustrious interior designer Jean-Michel Frank who died in 1941.

After his older brother died in 1966, Diego developed an independent production of furniture and objects in bronze and plaster with poetic accents.

These would be snapped up by an elite group of art connoisseurs, beginning with the Maeghts, whose foundation in Saint Paul de Vence carries their name, as well as the American Bunny Mellon who was fanatical about Rothko, and Heinz Berggruen, Picasso’s last dealer.

Daniel Marchesseau who knew Diego personally in the final years of his life and who organised a retrospective of his work at the Musée des Arts Décoratifs in Paris in 1986  says: ‘He was naturally very reserved, he hardly talked at all, and always foregrounded his brother instead of himself. The way some people have interpreted the role he played alongside Alberto is an insult. They had quite simply, an osmotic relationship. His key inspiration was funerary furniture, which he discovered on a trip to Egypt in 1923-24, as well as in an exhibition on Etruscan art. His furniture was steeped in artistic genius, displaying a strong understanding of proportion and an animal poetics.’

François de Ricqlès, the president of Christie’s France, is a personal friend of Hubert de Givenchy. ‘What is on sale is the fruit of their friendship and their collaboration. Diego even designed the tombstones for his dogs (Editor’s note: these aren’t in the auction).’

The famous interior designer Jacques Grange, a fine connoisseur in this field, observes how ‘the market for Diego Giacometti has risen vertiginously since his death. His final project, at the Picasso Museum in 1984, had a considerable impact.’ An issue with fakes, which came to light a decade ago, has not affected valuations according to the interior decorator who adds: ‘It is always imperative to verify the provenance. With the Givenchy auction, it is ideal.’
The prices commanded by Diego pieces nowadays are colossal. Last November a ‘table aux personnages’ in bronze from 1974-75 sold for a record $3.8 million.

Estimates for the lots at Christie’s on 3 March range from 20,000 euros for a small bronze turtledove to 800,000 euros apiece for two large octagonal tables with caryatids and atlases in bronze and pine dating to around 1983.

‘With Diego Giacometti the number of pieces he produced is unclear and the objects are not numbered’ says François de Ricqlès.

The universe he created for Givenchy is populated by birds but also dogs, for which the couturier has a soft spot, and deer (the animal is the symbol of Saint Hubert).

Diego Giacometti also made a plaster lantern, a one-off model resembling those produced at a later date for the Picasso Museum (estimate 300,000 euros).

Hubert de Givenchy confided to me a few years ago: ‘My idea was to create an environment which conditions a kind of art of living, and where little by little, a harmony emerges from all the elements gathered together.’

There was always a lot of art at Hubert de Givenchy’s home in among the  Diego Giacomettis.

Indeed, in 1993, while purchasing a part of the hôtel particulier in Paris where he still lives, Hubert de Givenchy sold a portion of his collections. It included four Rothko paintings as well as items of furniture, and raised 155 million francs in total.

This time around the Giacometti + Givenchy association, capably enhanced by Christie’s marketing, should similarly produce a figure well in excess of the low 6 million euro estimate. 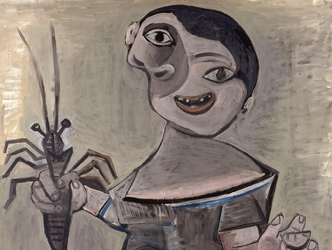 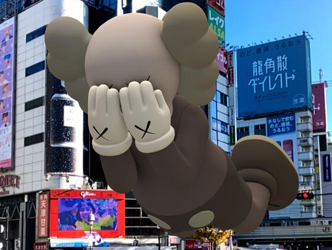 Acute Art: augmented reality and virtual reality from Kaws to Ai Weiwei, how a new kind of art is invading our homes now