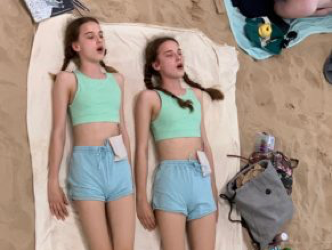 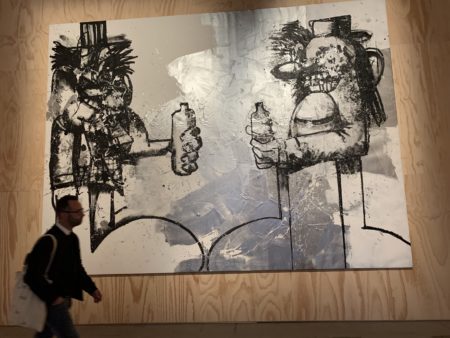 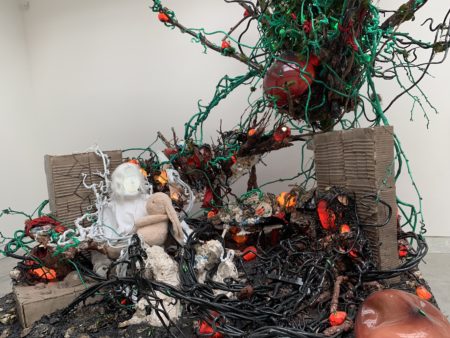 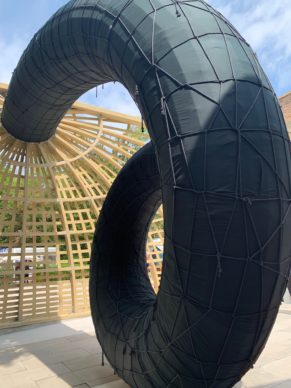 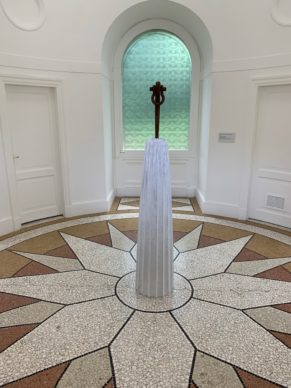 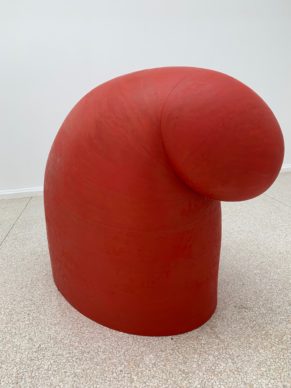 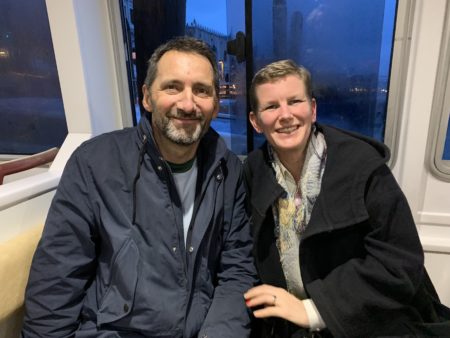 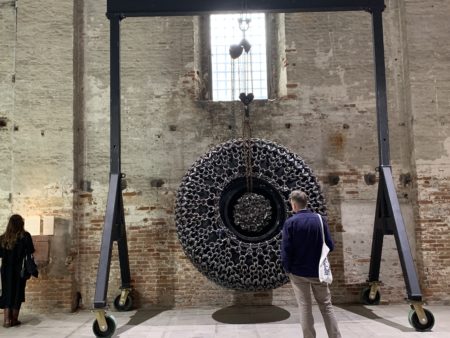 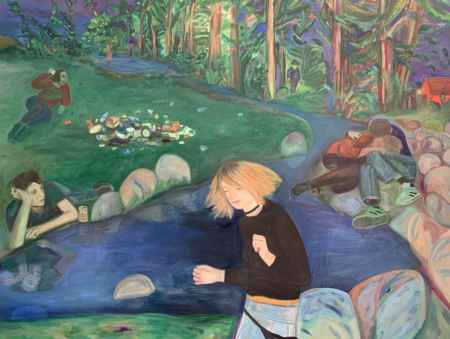 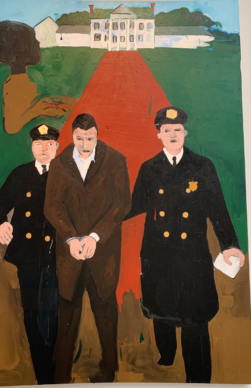 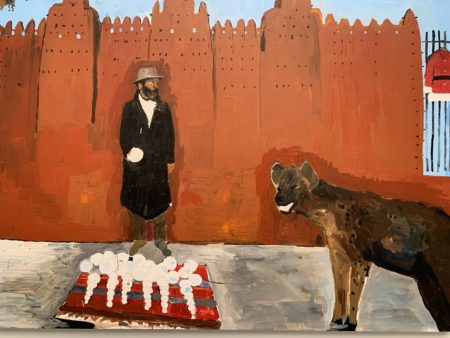 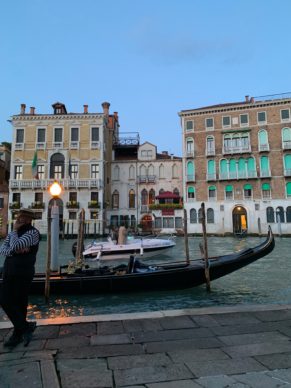 The Venice Biennale is the most highly anticipated contemporary art show in the world. It can provide a platform for not only the most in-demand artists but also – and this is very much part of its charm – for complete unknowns, as can be seen in its 2019 edition.

For this year there is an abundance of offerings, not only from its 90 countries which compete in a kind of a Olympic Games for contemporary art through the national pavilions (mainly in the Giardini), but also from its 79 artists, selected by the Biennale director Ralph Rugoff, who are exhibiting simultaneously across two sites (the international pavilion at the Giardini and the Arsenale – see the interview with Ralph Rugoff ), and lastly with all the peripheral exhibitions of excellent quality, often organized by art galleries, to which we will dedicate an entire report in the next few days.

This is why the Venice Biennale has two obligations. The first consists of reflecting the spirit of the times. The second must be to offer us surprises. When it comes to surprises, you won’t find them here in Rugoff’s vision; you’ll have to look elsewhere. The offerings are relatively conventional but far more spectacular at the Arsenale space than the Giardini. As for the spirit of the times, the director of the Biennale is a master in this area. This is what makes the Biennale a success, the fact that it shows what’s going on today very well. Too well, perhaps.

A preeminent place is given to one of the stars of the art market, Georges Condo (born in 1957), who paints often grotesque faces on a large scale and in a cubist style which draws on Picasso. Condo is reserved the honour of having one of his works open the exhibition at the Arsenale. It’s a disenchanted and caricatural painting that doesn’t deserve to take pride of place.

It would have been more desirable and more meaningful if this prime location had been allotted to the masterful new video work by the Swiss artist Christian Marclay (born in 1955), “48 War Movies”: a labyrinthine view integrating 48 films where the sounds all blend together. This abstract yet menacing vision of war is particularly relevant in our volatile times.

The cutting-edge Thai artist based in New York, Korakrit Arunanondchai (born in 1986) – who’s also taking part in the Whitney Biennial which opens on 17 May – has conceived a garden filled with ghosts and electric cables in an apocalyptic vision. (Watch his video to find out more).

But the really big surprise of the Biennale is not to be found at any of the most popular sites. I award my personal Golden Lion but it’s also the official Golden Lion for best national participation to the very hard to find pavilion in the desolate district of Celestia, the Lithuanian pavilion. Here a huge warehouse has been transformed into an artificial beach by three creators: the filmmaker Rugilé Barzdziukaité (born in 1983), the writer Vaiva Grainyté (born in 1984) and the artist Lina Lapelyté (born in 1984).

Viewers look down from a mezzanine over what is in fact an opera but at first glance merely resembles a crowded artificial beach. The singers, like larger-than-life bathers, go about their business as though they were by the seaside, playing chess, eating an apple or reading. Lina Lapelyté explains that this work, which has a poetic quality, is there as a warning of the dangers of climate change. (Watch her video to find out more.The interview was conducted before the awarding of the golden lion).

Then there’s the unmissable American pavilion baptized “Liberty/Liberta”, which is filled with a range of works by Martin Puryear (born in 1941). The artist, who is little known outside the United States, has created a series of objects which serve a symbolic function. The interesting thing about his work is its subtlety and the multiple possible interpretations of the forms that he invents. The exterior of the pavilion is partially covered with a dragon’s tail, apparently a symbol of sin or danger in the Middle Ages. Anyone can draw their own conclusions on the identity of the country. The first work on entering is called “Big Phrygian”. This enormous structure made out of painted wood can simply be seen as a phallic form, but it alludes to the Phrygian cap worn by the French revolutionaries of 1789 and the freed slaves in America. The curator of the exhibition, Brooke Kamin Rapaport, explains that the artist also likes to allow room for the viewer’s interpretation. (Watch the video to find out more).

The spirit of the times in the Venetian displays is definitively made up of two opposing trends. The first is the strong comeback of video art, with the omnipresent virtual reality in this genre. Right at the far end of the Arsenale, in the Chinese pavilion, the artist Fei Jun has developed, with the help of an army of programmers, an extraordinary video which demonstrates the arbitrary nature of facial recognition systems, and another that finds similarities between the bridges of Venice and those in China. Presented as a “designer of algorithms” rather than an artist, Fei Jun talks about how the world is being modelled according to new computer data. (Watch the video to find out more).

The French pavilion features a video work by Laure Prouvost – the French artist born in 1978, who studied in England where she also received the Turner Prize, lives in Belgium today – showing the wanderings of a group of young people accompanied by an old woman. A  flowing story in an oneiric trash genre where the birds swim and the protagonists stroll about casually, sometimes as though in a budget horror movie and other times in very epicurean atmospheres in an aquatic setting.

It’s charming, full of fantasy, and we allow ourselves to be carried away by these well assembled images. Laure Prouvost, who placed the mask handed out at the entrance to the pavilion over her face for the occasion, concludes that the journey is more important than the destination. (Watch the video to find out more).

The Brazilian pavilion is showing “Swinguerra” (combining Swing and Guerra), a fascinating music documentary by Barbara Wagner (born in 1980) and Benjamin de Burca (born in 1975)about 35 young disadvantaged people from the Northeast region who collaborated to put on dance shows that they broadcast over the internet.

“We are very much aware of the way in which this new generation of artists is capable of representing themselves,” explains Barbara Wagner. (Watch her video to find out more).

If a video master has been revealed in recent years it is surely Arthur Jafa (born in 1960), who expresses himself brilliantly in the Giardini on the issue of being black in the United States (cf. the report entirely dedicated to him). Arthur Jafa just received the Golden Lion for the Best Participant in the International Exhibition. His aesthetic, which makes important use of images found on the internet, draws its power in a dialogue with music. He explains that in “White Album” he is highlighting for the first time white people driven by a higher moral quest. (Watch his video to find out more. The interview was conducted before the awarding of the golden lion).

His new video leaves greater space for speech in a relatively slow editiing, and also serves as a demonstration, if it were still necessary, of all the horrors that flood the public spaces of the internet like white supremacist theories, which contrasts with Jafa’s fondness for the other white people who he films in close-up and with delicacy. He is due to start filming a Hollywood-scale movie next year.

Sadly the video extract of White album, has been deleted by YouTube due to copyright infringement.

Lastly, is this a reaction to a hyper-technologization of art? It is still the case that we’re witnessing a great comeback in traditional painting, conceived perhaps as a return to traditional values that are seen to be reassuring. Nicole Eisenmann, Nidjeka Akunnyili Crosby, Jill Mulleady and Henry Taylor (in a very natural way, amid the chaos of the Biennale, he talks about how he decided on the subjects of his paintings, Watch the video to find out more) were all selected by Ralph Rugoff and all of them practice a kind of figurative painting which is often reminiscent of a style that was in the past called Naïve Art. This is a massive trend that’s still found in abundance in the art market.

After all, the art market is also one of the vectors that conveys the spirit of the times. But it’s not the only one.