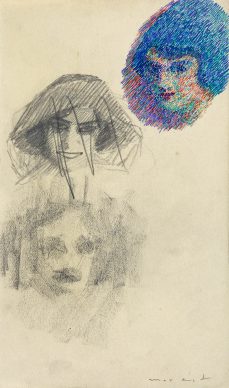 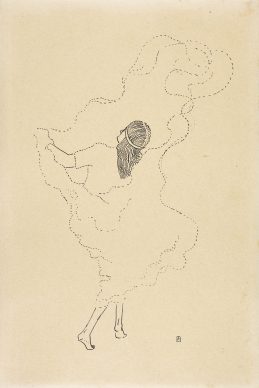 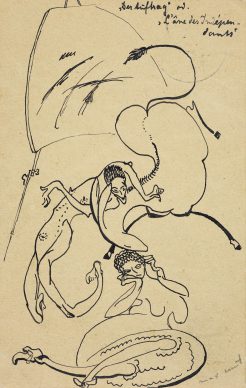 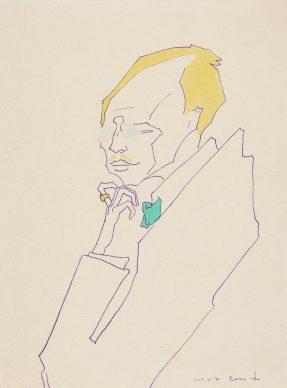 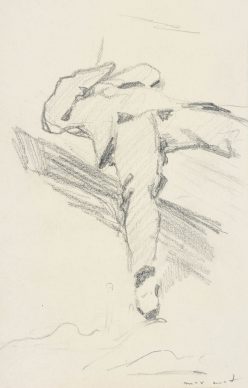 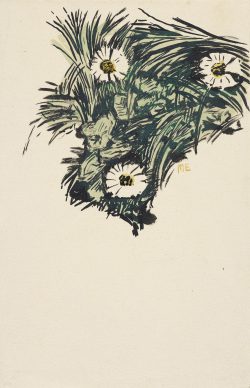 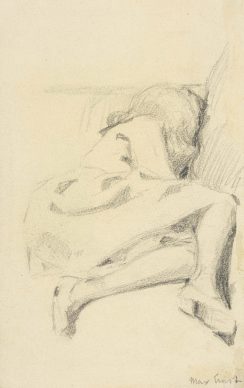 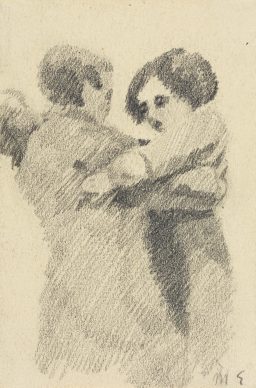 He proudly announces that he celebrated his 80th birthday on 1 April and carts around an encyclopaedia of art inside his head (1).

Born in Germany, Werner Spies has always been fascinated by France where he’s lived since he was 25.

The director of the Musée National d’Art Moderne in Paris from 1997 to 2000 and author of the catalogue raisonné of Picasso’s sculptures, Werner Spies recently donated 51 drawings to the Max Ernst Museum in Bruhl, Rhineland from his   early years. ‘They’re helpful for understanding Ernst’s formative years,’ he comments.

Recently, however, Spies was also implicated in a modern art forgery scandal that made the headlines which involved forger Wolfgang Beltracchi.

Spies was prosecuted in 2013, then acquitted in 2015 (by the Versailles appeal court) for including ‘The Earthquake’ in the catalogue raisonné of Max Ernst. A modern pigment used in the painting allowed the forgery to be detected.

The court conceded that it cannot be required of the author of a catalogue raisonné to subject each work in a catalogue published under his responsibility to the execution of a scientific expert assessment, which requires the removal of fragments of the work and represents a significant cost.

Werner Spies comes across as particularly affected by this episode, explaining: ‘I stumbled on what I believed to be a new painting and I was happy, as were the family and the museum director.

Beltracchi, it must be said, is brilliant. I discounted around 500 fakes while writing of the catalogue raisonné, thus preventing them from reaching the market.

This too caused many problems for me. But as for this affair, I fell into a trap. I had nevertheless taken care to check that all the details concerning provenance were correct.

The forger was probably advised by an excellent art historian. It is a particularly painful episode for me.’

Having said that, for Werner Spies, Max Ernst embodies ‘the meeting of my life’.
He recalls how he met him:

‘After his death we founded the Max Ernst Museum in his home town in the Rhineland, between Bonn and Cologne. Max Ernst left Germany in 1922 and moved to Paris. His first wife was Jewish. He despised Hitler.

At the end of his life, however, he was very fond of Chancellor Willy Brandt, a man of integrity and an anti-fascist.’

And he goes on to speak about his own youth memories.

‘I was 24 when I moved to Paris. I was studying literature, art history and philosophy. I started worked on the catalogue raisonné of Picasso’s sculptures in 1969.

Very soon after I arrived in Paris I met the Picasso dealer Daniel-Henry Kahnweiler and the writer Michel Leiris.

Kahnweiler told me, ‘Watch out for Max Ernst. He’s a surrealist.’

He believed wholeheartedly in cubism.

I started to get to know Max Ernst better in 1964.

We met William Copley, John Cage, Marcel Duchamp. It was a very different world to Kahnweiler’s.

At the time there were no archives dedicated to Max Ernst. For me it was a work of modern archaeology.’

He explains why to his mind Max Ernst is an absolutely exceptional artist:

Since then Werner Spies has filled the chair of history of art at the Kunstakademie in Düsseldorf where Joseph Beuys and Gerhard Richter were among his colleagues.
He’s written around 60 books. He speaks about how out of all commissions, organizing the ‘Paris-Berlin’ exhibition at the Pompidou Centre in 1978 was one of his personal highlights: ‘My perspective is always to bring Germany and France closer together.’ Another was the Max Ernst centenary exhibition in Paris (1991), London, Stuttgart…

He mentions too the rehanging of the entire Musée National d’Art Moderne collection at the Pompidou Centre in 2000.
Werner Spies is currently preparing an essay on Anselm Kiefer for the Albertina Museum in Vienna and a publication this time on Max Ernst’s writings.
For his 80th birthday, the publisher Piet Meyer in Cologne released a book that paid homage to the art historian. ‘Picasso, Between the Confessional and the Brothel’ is slim 57-page volume measuring 8.3 x 1 x 14.7 cm.

Is it a coincidence? Its format harks back to Max Ernst’s miniscule paintings produced between 1946 and 1953, which he titled ‘Microbe’.

On the subject of ‘Microbe’, the painter remarked wisely: ‘Beware of the love microbe.’

It is reminiscent of the title of an inquiry by the Surrealists in the late ’20s: ‘What kind of hope do you place in love?’

Reaffirming the importance of love in all its forms (between the confessional and the brothel) in this tormented age would no doubt be a benefit to humanity.

(1) In 2011 he assembled Inventory of the Gaze: Writings on Art and Literature (Gallimard), a collection of 10 volumes of his writings, which run from the late 18th century to contemporary art.