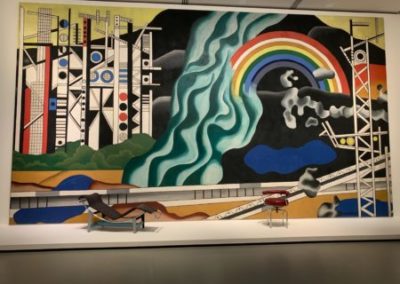 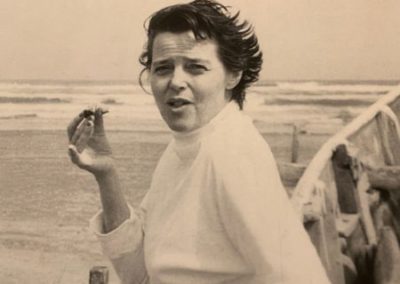 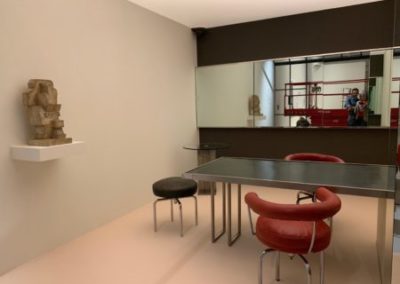 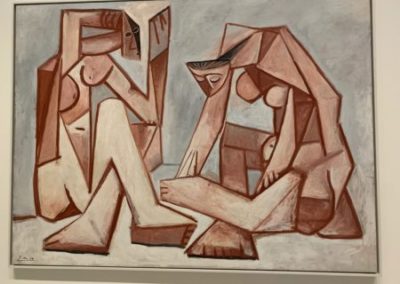 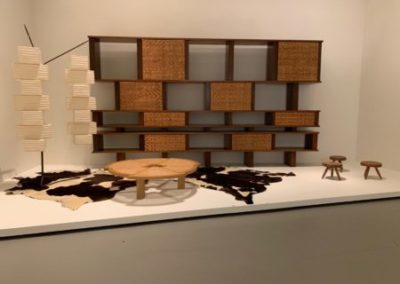 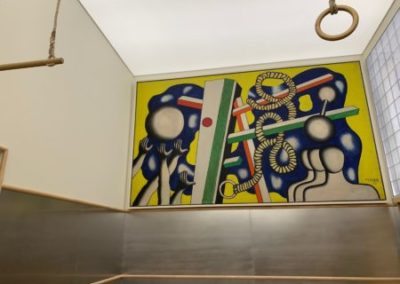 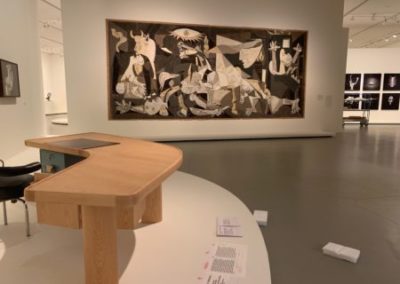 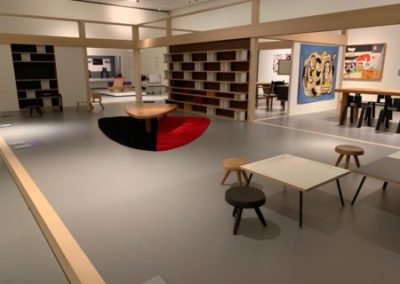 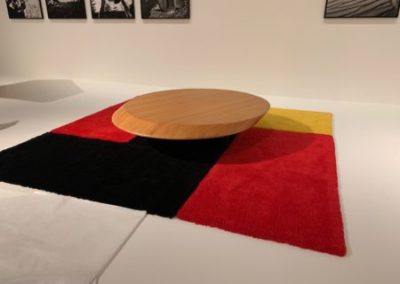 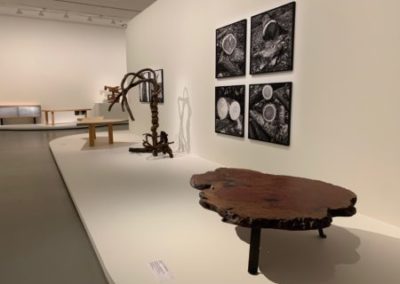 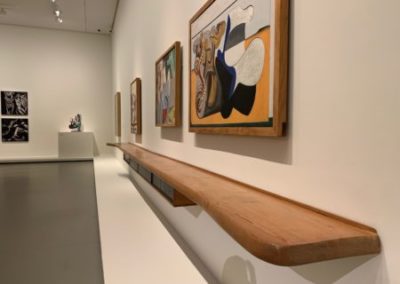 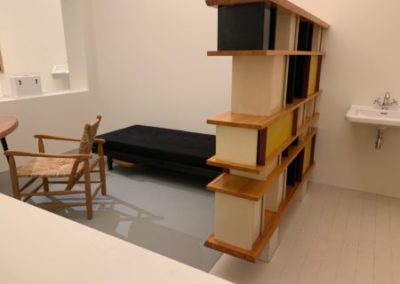 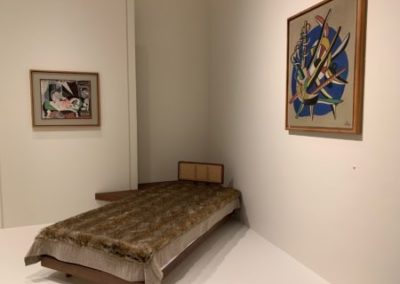 A great woman. A great exhibition. Charlotte Perriand (1903-1999) is the subject of an exhibition at Fondation Louis Vuitton comprising no less than nine reconstructed spaces, which give visitors the sense of a total immersion within her ecosystem.

As well as featuring vintage furnishings (around half of which are vintage pieces) there is also more broadly the idea of creating a microclimate, of lifestyle choices serving as a source of wellbeing.

It’s enough to take the example of the “L’appartement du jeune homme” (Apartment of a Young Man) presented in 1935 at the Universal Exposition in Brussels. On one side she imagines a desk, an armchair and a blackboard, and on the other there is a gym, where the lucky young man could relax. Charlotte Perriand had the kind of cool that can be found today in the offices of the richest tech companies.

At the fondation Vuitton the reissued furniture , which lacks both the charm and the patina of the older pieces, does however have the advantage within the context of the reconstructions of allowing these spaces to be freely accessible to the public.

When the architect Frank Gehry recalled visiting the apartment he wrote: “I was in no way prepared for what I was able to sense straight away at the time: her absolute mastery of space and composition. Everything was conceived (…) as a given and without anything artificial.”

It’s no coincidence, incidentally, that he employs the term composition, as though speaking of a painting. In contemporary creation there are some artists, like the Mexican Jorge Pardo (born in 1956) for example, who conceive spaces that incorporate elements of furniture and decor in order to evoke certain sensations. However, he is seen as a sculptor rather than a designer.

The work that has gone into the reconstructions, in collaboration with her daughter Pernette, her son-in-law Jacques Barsac, and the scientific advisor Arthur Rüegg, in addition to the five curators and specialists also associated with the project, is immense.

It must be said that no public establishment could, in these straitened times, engage comparable financial efforts.

The show’s other important aspect relates to the fact that in this period of growing awareness of the importance of women’s creative output, this time Charlotte, who didn’t need anyone else in order to create, isn’t affiliated with any male figures. Pernette, who never speaks in front of the camera, considers this message to be so important that she agrees to be filmed to claim victory on the subject:

Charlotte Perriand, a liberated and courageous woman – for more on this read the excellently documented fictional journal in French by Virginie Mouzat (1) – formed part of a circle of architects but also of artists who were frequently associated with her projects.

She used to say, “you have to keep your eyes as open as fans” to “perfect the human nest”.

Along with 200 pieces of furniture, the exhibition also contains 200 paintings and sculptures, including around fifty works by her friend Fernand Léger and around thirty by Picasso. Soulages and Hantaï also feature at the end of the exhibition.

“They all used to meet at the Café de Flore. But she was less close to Picasso,” her daughter explains. “I remember, after the war, when Calder came to pick her up with his big motorbike”.

Perriand evidently worked extensively with Le Corbusier, who was himself a great communicator. Their tilting “chaise longue” (reclining chair) from 1928, probably one of the most famous pieces of furniture of the twentieth century, is the fruit of the work of Le Corbusier-Perriand plus Pierre Jeanneret (Le Corbusier’s cousin), but posterity has erased  the names of Charlotte and the cousin together.

The exhibition opens spectacularly with “Le transport des forces”, a 1937 canvas by Léger which is juxtaposed perfectly with a adjustable reclining chair and ends with “La maison au bord de l’eau” from 1934, a prototype wooden portacabin, reconstructed in 2013, placed alongside Frank Gehry’s waterfall.