Alejandro Jodorowsky: Interview in 10 words from the legendary filmmaker on the occasion of the release of his new film 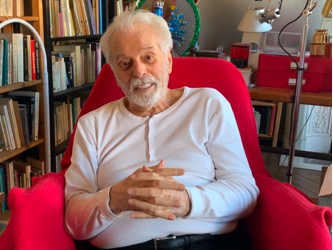 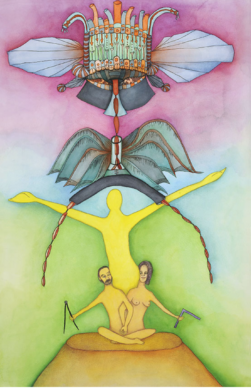 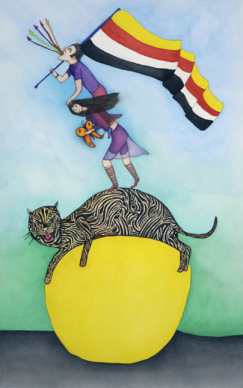 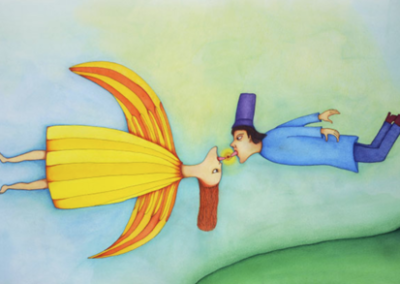 “I was 24 years old. I travelled from Chile to Paris. I arrived at my hotel. It was 2 o’clock in the morning and I had the phone number of André Breton (ed. the theoretician of Surrealism). I called him. He picked up at that late hour. I told him I wanted to see him right away. He replied: Call me again tomorrow. I said, ‘no. If you’re a true surrealist then we must meet right now.’ I thought I was going to save surrealism.”

This is the artist, filmmaker and unique, mythical figure of Alejandro Jodorowsky describing how he ended up meeting André Breton.

“Four years later some surrealist friends took me to see him in a café where he used to organize his meetings: “La Promenade de Vénus”. He was very conscious of his high priest status. He had a group of fans around him. He only talked about politics.

He spoke in a Trotskyist style. I wanted to talk about games, exquisite corpses, things like that. Once I also met the group at a place where André Breton had a country house, at Saint-Cirq-Lapopie. At one point I needed to pee, so I went to the toilet. I opened the door and there was André Breton sitting on the toilet seat, his trousers round his ankles. He started shouting horribly and waving his arms around. I fled immediately and ran to the station.”

Alejandro Jodorowsky, at 90 years old, is an internet star. He says he has 10 million followers, including 1 million on Twitter, where he tweets life advice and wisdom according to the precepts of an art that he invented that he calls “Psychomagie”.

Jodorowsky is the unique embodiment of creative freedom and disregard for authority. He has fans both unknown and famous, like the rapper Kanye West, who asked to meet him a few years ago.
[youtube_here v=U7Qdc2ggPHc]

In the early part of his life he made his mark with films of a fantastical, even surrealist nature, like The Holy Mountain (1973) and The Dance of Reality (2013).

Yet paradoxically he is best known for a film – which is extraordinary in its ambition and distribution – which he was never able to make, and which he managed to transform into a complete success by publishing a book/storyboard about it: Dune.

October will see the release in French cinemas of a sort of documentary on the subject which he has made his priority: Psychomagie or Psychomagic in English.

The film doesn’t leave the audience unscathed. “I’m trying to make a poetic re-evolution,” says Alejandro, who adds that he uses social media – for over an hour every day – to raise the necessary funds for making the film via crowdfunding. “The problem in film is the producers. I’ve worked for ten years to raise these funds,” he explains.

This fiery 90-year-old man is at his home in Paris, seated in his red armchair, surrounded by books and green plants. He’s wearing black velvet slippers embroidered with a crown. His wife, Pascale Montandon, with whom he draws under the name PascALEjandro (the drawings were exhibited by Blum and Poe in 2018 in Los Angeles) watches from afar.

The interview is over. He says to his wife, laughing, “I lectured her”. I asked too many questions about things he doesn’t like, to get a reaction from him. “I’ve decided to no longer have negative thoughts,” concludes the wise man.
La Cinématèque Française in Paris is dedicating a retrospectrive to Alejandro Jodorowsky from 30 september until 9 October:
www.cinematheque.fr/cycle/alejandro-jodorowsky-538.html