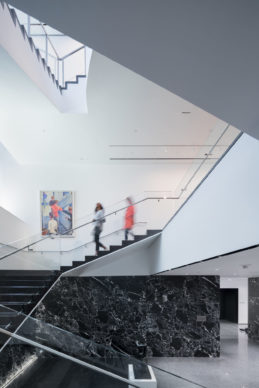 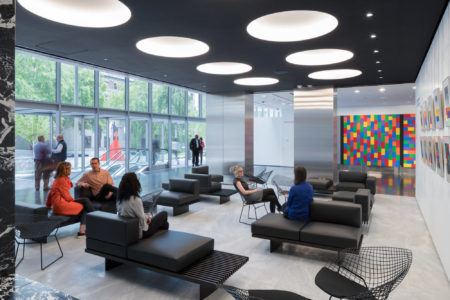 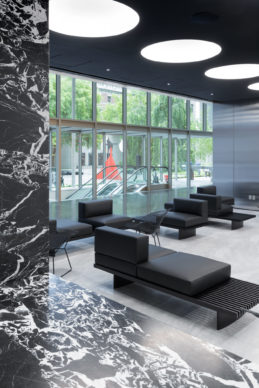 Because New York has long been the global centre for art, and because New York is in all likelihood still to this day the global centre for collecting contemporary art and the art market, the city’s museum of modern and contemporary art, Moma, has become – thanks to its permanent collection- a kind of secular temple and pilgrimage destination, like India’s Taj Mahal or the Eiffel Tower in Paris.

It also remains a serious exhibition venue seeking to put forward major shows on the era and ideas surrounding the creative output of the 20th and 21st centuries.

Ever since it opened in 1929 it has benefited from a series of expansion projects, the last of which took place in 2004 and was overseen by the architect Yoshio Tanigushi. You might have thought that after that the museum would slip into comfortable torpor for a while. But you’d be wrong.

In 2010 Moma bought the neighbouring American Folk Art Museum. From 15 June Moma was closed to reopen on 21 October with an additional 3700m2.

This is a 450-million-dollar project by the architects Diller Scofidio + Renfro. The fifth- and fourth- and second-floor galleries, will “offer a deeper experience of art” according to the press release.

All of the inaugural exhibitions will be drawing mainly from the permanent collections.

They will be featuring a selection of donations from the sprawling Patricia Phelps de Cisneros collection of Latin American art (until March 2020), an exhibition dedicated to the American artist known for his performances, William Pope.L (until January 2020), and another to the artist born in 1926 in Los Angeles Betye Saar, which takes as a starting point perhaps his most famous work, “Black Girl’s Window” from 1969, a 5-year partnership with the Studio Museum in Harlem and its director Thelma Golden (see the report on her), a new space dedicated to performances and experiments, and another to allow visitors to interrogate and navigate through the heart of the collection…

Seen from France, with its fairly static current museum climate, we could say that Moma and its management as embodied by Glenn Lowry want more and more, and could end up annexing a good part of the area.

And in their implicit competition with Centre Pompidou they seem to want to be the best in the world. But Glenn Lowry refutes such an objective.

“We are not in competition. There are simply too many works from our collections that remain hidden. With 200,000 pieces, the largest twentieth-century collection assembled to this day, it’s almost criminal to keep it out of sight. Until last June 1,400 works from the permanent collection were exhibited as opposed to 2,500 from October.”

As part of the program, therefore, the new formula of multidisciplinary displays that mix painting, drawing, sculpture, film, architecture, photography will present “a more complex story in which the visitor makes up their own mind,” but there will also be a turnover of the exhibits on show across 20 rooms every six months.

The aim is to entice visitors towards the permanent collections enriched by donations and recent purchases, like the collection of 800 Fluxus pieces from Gilbert Silverman from Detroit, the 50 from the contemporary African art collector Jean Pigozzi (watch a video of the collector), or of conceptual art from the 1960s and 70s from the Belgian Herman Daled… 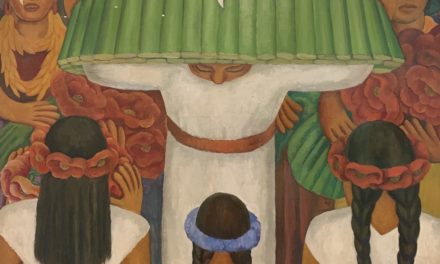