Now that Dubai has become an exceptional place in the global context of a planet where travel is prohibited and in a diplomatic context which promotes exchanges – the “Abraham Accords”, the peace treaty signed on 15 September 2020 by the United Arab Emirates and Israel – on 29 March the most international city in the United Arab Emirates will open the doors of the first real-life fair in the world this year: Art Dubai.

Not an artistic capital 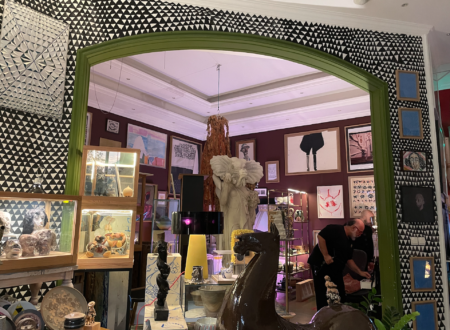 But Dubai is not an artistic capital. It is primarily a city of commerce and tourism.

Core of a community

Yet this is the place that three Iranian artists have chosen to make their home, and who have probably garnered the most international fame in the country. The three of them form the core of a community in which everyone shares everything. They live together in an area on the outskirts of the city in a large house where they also work. 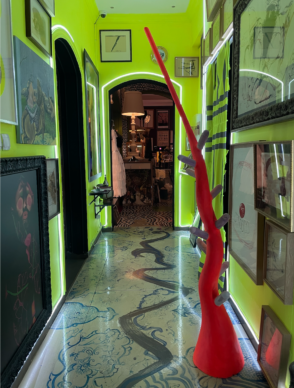 They are Ramin Haerizadeh (born in 1975), his brother Rokni Haerizadeh (born in 1978) and Hesam Rahmanian (born in 1990). Not only do they all live under the same roof, working together, they even go so far as to share the same bank account. “We are trying to establish new operational criteria in opposition to the principle of individuality by redefining today’s principles of art.” The only limit in what the trio share is part of their private life. 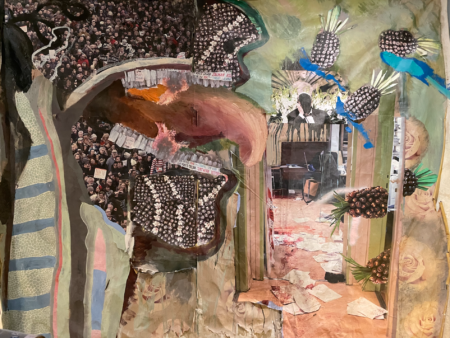 Since 2009 they have been producing paintings, videos, sculptures and staging performances together. “When we enter a place we see ourselves as Shamans. You could say that our life is a bit like a ritual.” Their creation borrows images that are distorted by an expressionist spirit. 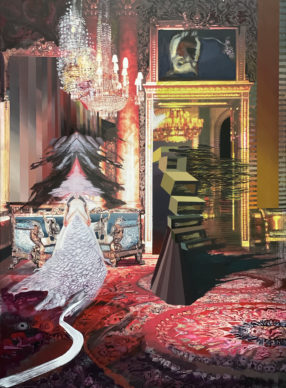 The result is the creation of a post-surrealist vocabulary. Their compositions are often animated by a profusion of characters and subjects that coexist within tonalities of bright colours. 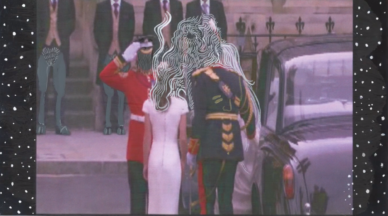 One of their masterpieces is an animated film, “Reign of Winter” from 2012-2013 which was originally exhibited at Carnegie’s international festival in Pittsburgh, depicting a modern marriage at the court of England, the wedding of Kate Middleton and Prince William, reinterpreted through the exuberant and surreal imagination of the group. 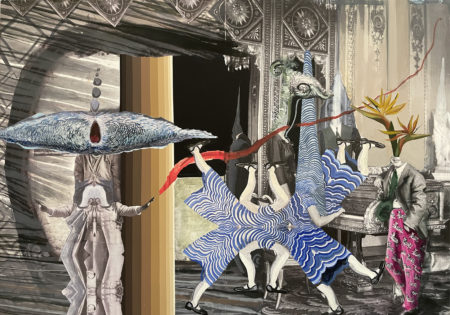 There are elements of Alice in Wonderland, Cinderella, and a nightmarish vision of a highly publicized international event. It’s a great moment for contemporary art that takes place in silence before our eyes.

For the trio there are prolific plans for exhibitions on an international scale, even though the current circumstances have led to numerous cancellations: at the Hayward Gallery in London where an exhibition was due to be currently taking place; an exhibition at the Schirn Kunsthalle in Frankfurt finished at the end of 2020; another is planned for January 2022 at the Whitechapel gallery in London.

Their in-house studio is an immersive artwork in itself, filled with a vast mishmash of objects, precious and not so precious artworks, photomontages, collages, reconstructions that address both the history of art and the current period, serious subjects and lighter subjects. But all of it has actually been very precisely laid out.

The taste of the trio

This collection of artworks, sophisticated and often pioneering, is also telling of the tastes of the trio. The artist troika is the perfect embodiment of the idea inherent in their life as well as their work, that of a successful assemblage. Starting with the assemblage of artworks by the artists they collect and admire.

Show me what you collect…

Show me what you collect, and I will show you who you are.

The video interview takes place at their home and moves from one artwork to another. In their  collection: 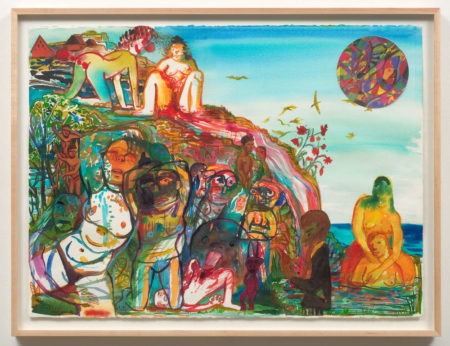 An artist of limitless expression. She chooses the media that are necessary for her. According to the three artists, she redefines the limits of morality with courage. “She is a ‘master’ in the way that we would say ‘old master’ but applied to the 21st century. She never compromises,” they say. “Untitled”, 2007.Watercolour on paper 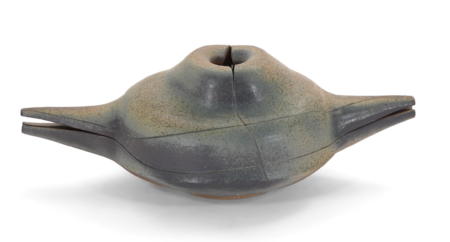 The American sculptor who worked with glazed ceramics lived in a community at Black Mountain College. She was both a student and a teacher there. “Through her practice, she challenged the distinctions between the utility piece and the artwork”. Winged Vessel
circa 1990. Glazed stoneware 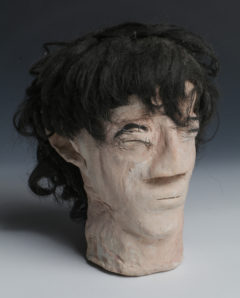 This “outsider artist” was a musician and gravedigger but he created rituals of sorts of a mystical nature. His ancestors were slaves, but he was able to recover the customs of Native Americans such as using the clay from the Mississippi River. “His works are like Memento Mori”. He said: “We all return to clay”. Sculpture Bust of a Man with Long Dark Hair.Unfired clay, hair. 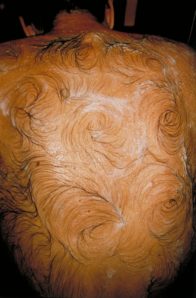 The humour of an artist who through a simple act involving giving movement to the hair on a man’s back references the texture of the paintings of Van Gogh. A very poetic act involving a subject that is taboo in our times: body hair. Van Gogh’s Back, 1995, Chromogenic color print. 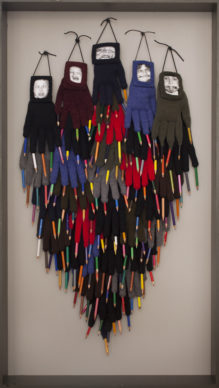 This work, which is composed of an assemblage of “everyday objects” – here pencils, gloves, children’s photographs – is linked to the idea of objects leaving a trace, that they are an expression of life. Childhood can be cruel. Vitrine, gants (Vitrine, gloves) 2016.Photos, gloves, and pencils,

Gauguin & Co.: The last of the fabled Josefowitz Collection goes on sale at Christie’s in Paris.