Imagine an artist who – since the 1950s – has asoclways painted in the same style, with more or less the same subjects, using very similar colours. This is the American artist Alex Katz (born in 1927).

The magic of his practice is due to the fact that within his genre the 94-year-old painter always manages to regenerate himself. This quality is on show in the very detailed exhibition running until 20 November at the Thaddaeus Ropac gallery in the Parisian suburb of Pantin, dedicated to the subject of water within his oeuvre. (See here an other interview of Alex Katz). 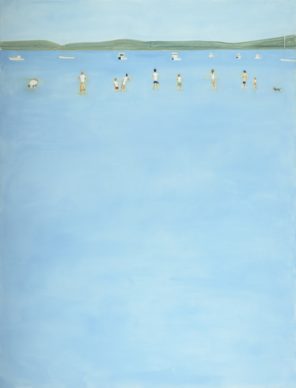 In October 2022 Alex Katz will be the subject of a retrospective due to occupy the entirety of the Guggenheim in New York. This major recognition arrives following a career of highs and lows.

“Since the Guggenheim retrospective was announced he has been elevated to the ranks of the greatest American painters,” emphasises his gallerist Thaddaeus Ropac (See here an interview of Thaddaeus Ropac). His tenacity has paid off. Today his works are displayed in the permanent collections of the big American museums, as well as in France at the Centre Pompidou. 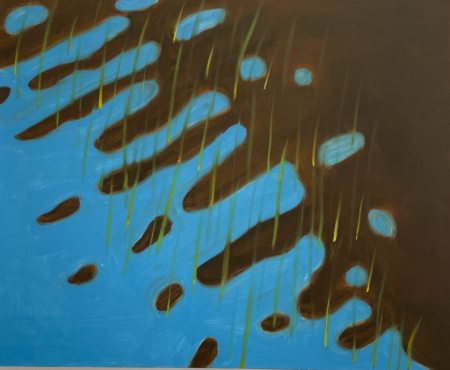 To illustrate the continuity of his style, even Alex Katz himself talks about “resistance”. He says, smiling: “my success is well deserved.” On the day of the interview he is in a particularly good mood. Wearing socks featuring a colourful hotdog motif and generally looking cool, he travelled from New York to Paris especially for the exhibition. 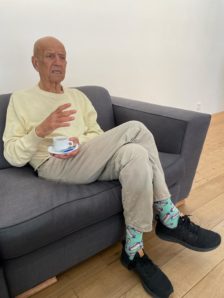 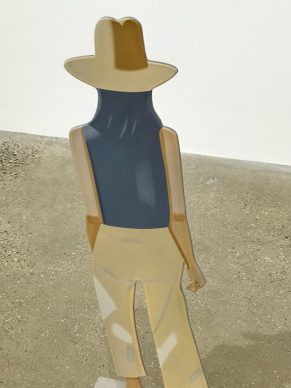 We started by talking about Botticelli, who is the subject of a current exhibition in Paris. There you can see a technique that Alex Katz also uses: the cut-out. 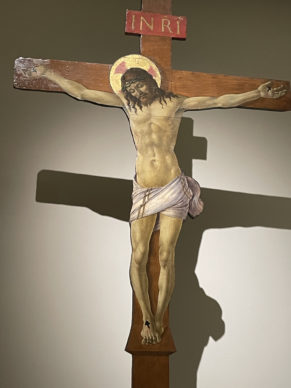 These are paintings that have been cut into the shape of the subjects they depict. Botticelli painted Christ. The American artist painted his wife, Ada, whose portrait is captured in this very particular form, somewhere between painting and sculpture. These are the artist’s most striking works. 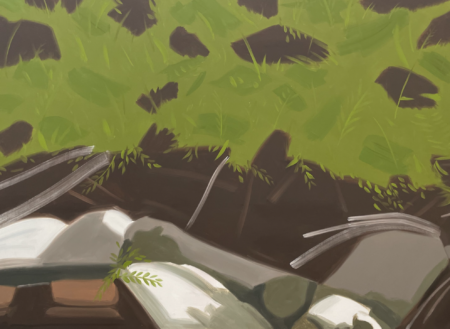 After destroying a lot of his work in his youth, for many years now Alex Katz has been producing prolifically and selling it all.

The curator of the Ropac exhibition is the director of the institute for the history of art, Eric de Chassey (See here an other interview of Eric de Chassey). The 50 paintings, featuring either seaside scenes or reflections, aquatic details, waves, bathers etc often verge on abstraction… Katz explains how he wanted to produce a form of painting that was post-abstraction.

Known for his portraits

Ordinarily he is particularly known for his portraits, more specifically for his figures depicted in urban spaces. People tend to assimilate him into the Pop Art movement because he paints subjects taken from daily life, but his style existed before the movement fully emerged. And in any case the artist isn’t fond of objects from popular culture like those found in Pop Art. 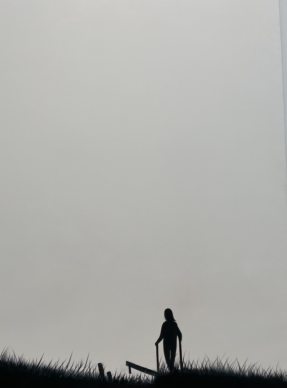 Alex Katz’s unique style is a flat kind of painting, with no texture or perspective, which is ultimately very American, in which the colours are contrasting. He explains that what matters to him is the idea of the present moment, without narrative, and even more so the hues, the effects of the light: “I can tell you exactly what time of day it is in my paintings.”

Eric de Chassey adds: “He simply concentrates on what he is looking at, without a particular concept. He appreciates his world.” The artist confesses: “I have always wanted to do something immediate. Eternity is the immediate present. The painter shows you what he is looking at.” He adds: “The paintings themselves change, every ten years or so. Because the way that we look at them evolves. Painting is the reflection of a culture at a particular moment in time.”

Since he was 16 years old Alex Katz has used Paul Cézanne as a reference. “I went to see an exhibition of his work in Philadelphia. At first glance he didn’t seem to have a good grasp of the technique but when I left and I took the train, looking out of the window I saw that all the landscapes were by Cézanne. I like Cézanne for the power of his emotional content.” 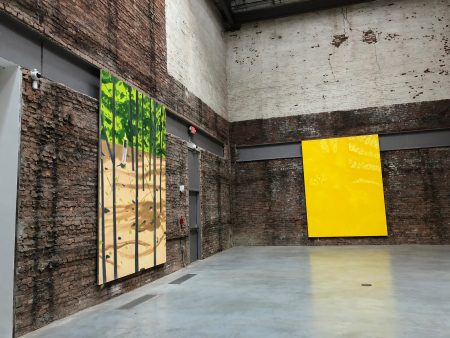 In fact, for around 5 years now Alex Katz has been making a powerful return to the zeitgeist. It’s interesting to note that one of the early 21st-century’s American galleries that is most in vogue, Gavin Brown – which has now closed; Gavin Brown has partnered with Barbara Gladstone – who has represented names such as British digital artist Ed Atkins and African-American video-art genius Arthur Jafa, has also exhibited Alex Katz on a number of occasions since 2011. 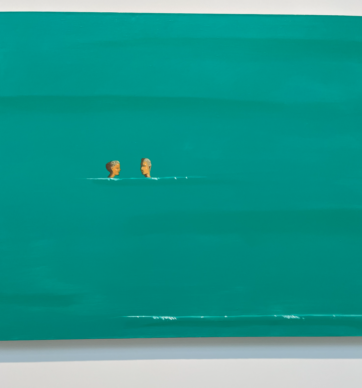 When we ask the artist, at the age of 94, what he is hopes to do next he replies that he wants to carry on not getting bored. We won’t be getting bored of him either.