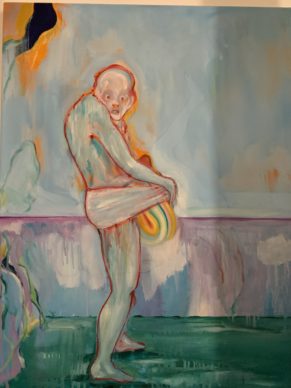 Coronavirus, various regions in quarantine, political upheaval and economic uncertainty… Do people still want to buy art in these troubled times? And yet it’s against this backdrop that the first large-scale fair of the year, Arco Madrid, has opened and will run until 1 March. Simultaneously Art Basel Hong Kong, which was due to take place between 25 and 27 March, has been cancelled.

The Spanish fair, which is not just a trade show but also the country’s largest cultural event in the field of contemporary art with all the big museums represented, also brings together 209 galleries, 33% of them Spanish.

According to the new director of the fair, Maribel Lopez-Zambrana, “few visits were cancelled,” and the show’s main strength, which is the attention it generates from Latin-American audiences, is reinforced this year. “Many of the collectors, Venezuelan, Mexican, Colombian… have a pied à terre in Madrid and they take advantage of this to attend the fair.” Proof, if anything, that politics has a direct influence on the art market, these wealthy Latin-American expats, who are more circumspect these days due to Trump’s politics, are seeking a base in Europe. Brexit makes Spain the obvious choice.

This is one of the reasons why Berlin gallery Carlier-Gebauer opened a space in Madrid in 2019. To coincide with Arco 2020, Carlier-Gebauer is even staging a large-scale exhibition for the duration of the week in a chic apartment, comprising around fifty artworks. “It’s always frustrating doing these fairs because space is very limited. We want to display our artists,” justifies the gallery’s co-founder, Marie-Blanche Carlier, who adds, “in Madrid we’re noticing there’s a new kind of buzz”. 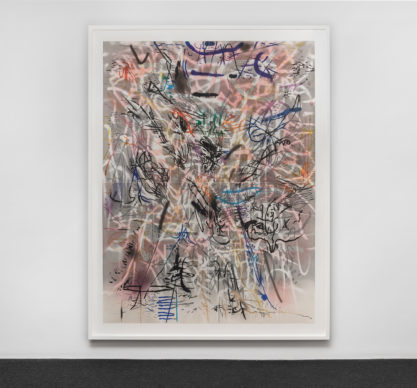 Since the fair’s opening, for instance, she has sold a print for 150,000 dollars by the American artist of Ethiopian origin, Julie Mehretu (born in 1970). The high-profile Mehretu is the subject of a retrospective until 22 March at Lacma in Los Angeles, which is then due to travel to the Whitney Museum in New York. At Arco one of her recent abstract paintings, a combination of various images she’s collected including scenes from the racist protests in Charlottesville in 2017, is on sale at the Berlin gallery’s booth for 800,000 dollars. 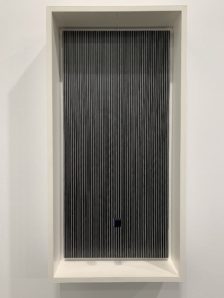 French dealer Emmanuel Perrotin, who has no less than four galleries in Asia, returns to Arco this year for the first time in two decades with a small work by Venezuelan kinetic art star Jésus Rafael Soto (1923-2005), among others, who he’s represented for the past five years. It’s on sale for 300,000 euros. He explains the impact of the coronavirus on his gallery’s trade, “some of our Asian clients are losing huge sums every day, which naturally means that certain transactions get cancelled. But our staff are travelling, and we’re still making a lot of sales online.”

Last December, a real banana taped to the wall by Maurizio Cattelan was sold at his booth in Miami for 120,000 dollars, which caused a surge of media attention. “The impact in terms of communication has been huge,” says the gallerist, ” quantifiable in the millions of dollars. “The New York Times alone published five articles about it.” 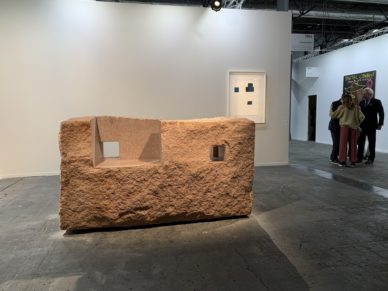 One of the behemoths of the global art market, Hauser & Wirth, is also present at Arco this year with a booth dedicated entirely to the Basque abstract artist Eduardo Chillida (1924-2002). Here it’s possible to acquire a print for 6000 euros ranging up to a pink granite sculpture weighing 4.5 tonnes for several million euros. In April 2020 Hauser & Wirth will be opening a site on the island of Minorca in a former military building measuring 1500m2, which will serve as a gallery but also as an artists’ residence and restaurant. “This will be a new destination, one that’s both educational and commercial,” explains Susie Guzman at Hauser & Wirth, who adds, “Spain is still the victim of a certain inertia(1), but the conjunction of forces in terms of the galleries, artists and collectors creates an interesting phenomenon in contemporary art.”

The French collector who is based in London, Catherine Petitgas –  she is president of the Tate’s international committee, among other things(2) – focuses on artistic creation from Latin America. She won’t be missing out on visiting Arco, “whose offerings in this area are more intellectual than at Art Basel Miami.” She’s coming to visit booths belonging to the likes of Parisian gallery Mor-Charpentier, who have long specialized in the field of political art.

For Alex Mor, “politically engaged artists are in vogue. Whether they’re talking about gender, sexual abuse, racism or social injustice, they aren’t very in-demand with private collectors, but they’re getting very consistent attention from institutions. But this “moral” wave can be a bit superficial,” he explains.

One of their artists at Arco is Milena Bonilla (born in 1973 in Bogota), who lives in Amsterdam. Her chosen subject is Karl Marx, his “Capital” and how his generous big ideas were dramatically distorted in Latin America. To give conceptual expression to the clumsy application of this book, she’s copied out the text in its entirety using her left hand (she is righthanded) on a piece of canvas, which comes to 8 metres in length. The fruit of this laborious task, a veritable self-inflicted punishment by the artist, is presented by Mor-Charpentier for 20,000 euros.

The value of capital is not what it once was. 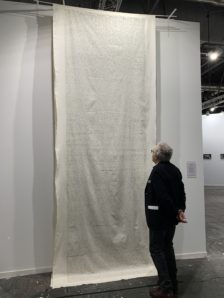 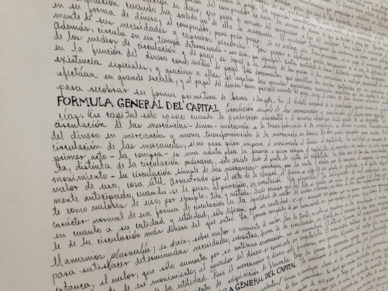 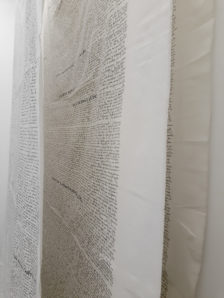 (1) The Turin collector Patrizia Sandretto Re Rebaudengo who was due to open an art centre at Madrid’s Matadero is awaiting a new site from the local authority. She is exhibiting the New Yorker Ian Cheng at the Fernando de Castro foundation until 21 March.
The American collector Ella Fontanals-Cisneros, who for a long time has exhibited her collection in Miami, has just withdrawn a donation of 400 artworks to the Spanish state for the creation of a museum of Latin-American art, following a disagreement with the ministry of culture.
(2) her collection will be displayed at Moco in Montpellier from 6 March. https://www.montpellier3m.fr/moco

When Munch Meets Mapplethorpe in Oslo