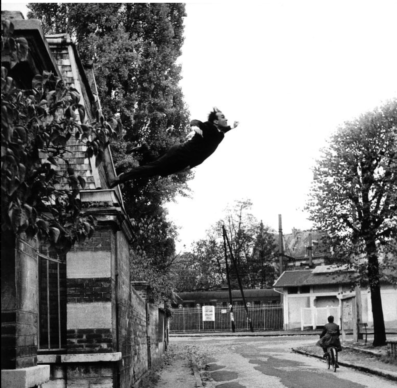 Coming from the sky

Didn’t you know? Everything comes from above. In the 1940s watching the sky meant looking for planes that were going to bomb you. That’s where the H-bomb came from, which reduced people to human torches and annihilated all warlike sentiment by force.

Just look at the Japanese, who now commemorate the day of the bombing of Hiroshima, 6 August, as a “day of peace”.

As far as the moon

From the 1950s onwards humanity also travelled through the sky to reach space, as far as the moon itself. A giant leap for mankind… 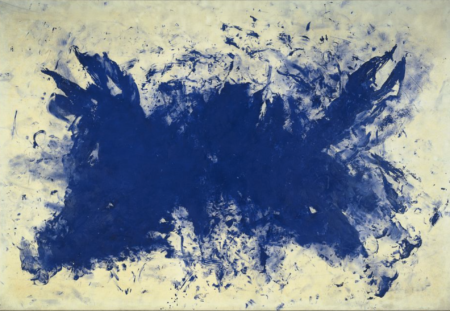 Artists also partake in this obsession, half nightmare, half universal dream. One of the most magnetic among them, Yves Klein (1928-1962), is at the centre of an exceptional show currently being staged by the Centre Pompidou Metz. 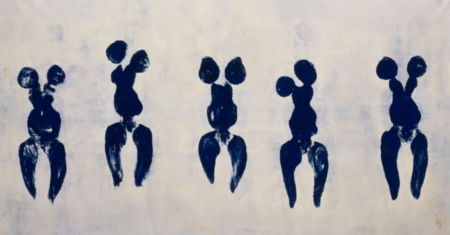 It spotlights much more than his famous deep blue paintings, featuring at the same time the more “spatial” part of his oeuvre but also the strong links he maintained with a number of his contemporaries around the world, artists who were interested in the same subject. It is an oneiric and aesthetic journey which must be shared while international visits seem impossible for now.

It was most likely in Tokyo between 1952 and 1954 that the little Nice native became a mystical theorist of art. It was there that he would obtain his black belt in judo. 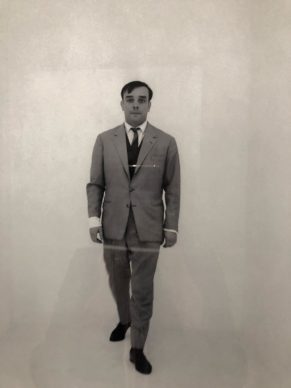 As the curator of the exhibition Emma Lavigne explains, “judo is for him first and foremost a mental discipline.” She adds more generally: “My aim was not to situate Klein once again within the movement he’s usually associated with, that of the Nouveaux Réalistes, but rather alongside artists who worked with the idea of destruction following the Second World War.” 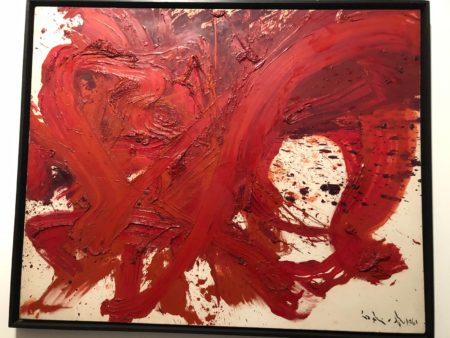 At the same time in Osaka there was a burgeoning movement surrounding performance of the body and opposition to painting’s diktats by a group known as Gutai. Its influence on Klein is little known. But we do know for example that one of its members, Kazuo Shiraga (1924-2008), suspended himself from a rope to paint the canvas on the ground and make paintings in that way. 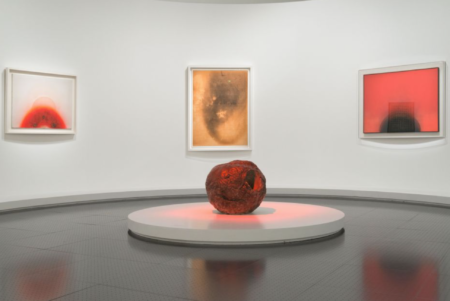 Reds: they express the atrocities he witnessed during the war. “I wanted to paint as though I was running in all directions on a battlefield,” he claimed. It makes us think of Klein’s anthropometries featuring the traces of women’s bodies imprinted on paper.

The Nice artist once said: “I devised a sort of ballet of girls smeared on a grand canvas which resembled the white mat of judo”. These bodies, like crossbows, defied gravity. Empty space, fire, water and air were also used by the artist, who fought for an “immaterial art” and proclaimed: “my works are only the ashes of my art.”

The exhibition also examines his relationship with the Italian Lucio Fontana (1899-1968), who since the 1940s created his “Environments” and then his “Cuts”, his slashed monochrome works from 1958.

The Venetian Fontana specialist Luca Massimo Barbero explains that at that time Milan was the epicentre of the avant-garde and that was where the antidote to American contemporary art could be found.

The room devoted to Klein’s monochromes in blue, red, green, pink etc. is the high point of the exhibition layout. As pieces of suspended coloured matter, they are extracts from the universe of Yves Klein, who ascended to the heavens definitively at the age of 34. 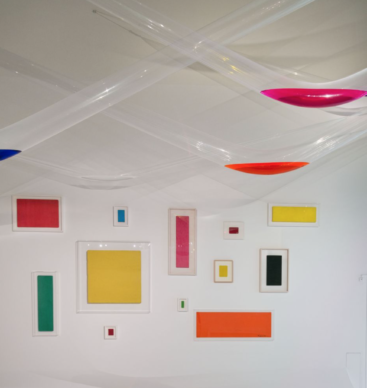