It’s been 12 months since Sotheby’s was bought by the French businessman Patrick Drahi. It’s been 9 months since he appointed a new head of the auction house, former investment banker at Morgan Stanley then co-president of Altice USA, Charles Stewart.

In this short space of time the 49-year-old Stewart has steered the company – in response to the coronavirus – towards a radical digital revolution in pursuit of new markets in all directions (See the  recent report about Sotheby’s strategy here and See the report about Christie’s new global auction here).

– On 29th June you organized a modern and contemporary auction which was a revolution for the art market. It was a real show, with 3 cities participating live. This was a new kind of auction experience, designed like a play complete with rehearsals and make-up, inventing new bidding gestures. And to top it off it was a success, bringing in 363.2 million dollars. What was your aim? What is the market currently ready for?

It was a big success. We took a lot of risks because we were the first ones to do it. We started designing it in late March. We had to imagine how the technology was going to work. Since March we have staged over 110 online auctions and we’ve been learning as we went along. We invested in the production itself in order to make the auctions more attractive, knowing they would only be visible on screens. Of course people have been used to online auctions for a long time now.

If a vaccine came out tomorrow, and things returned to normal, I think we would carry on using this format. We’ve had an audience five times bigger than any we’ve ever had before. In the late 1950s Sotheby’s was the first to develop the idea of a truly prestigious sale on the occasion of the sale of the Goldschmidt collection. It was a big moment in the history of auctions. This model has worked for the past 70 years. It’s a new era.

– You talk about expanding the Sotheby’s audience, but can the art market be turned into a mass market?

Our brand is globally recognized. But the number of collectors is relatively small. Our role is to increase that number. We excel at the high-end scale of the market and at this level things no longer play out in terms of statistics; rather it’s about the human relationships to do with trust and expertise. We are limited because here it’s the experts, the specialists who make the difference.

But the interest is there. We have 3 million followers on social media. But the majority of objects that pass through Sotheby’s are valued at less than 10,000 dollars.

– People could say that Sotheby’s wants to absorb all the categories of the art market. You’ve highlighted for example the “Gallery Network” which features artworks presented by contemporary galleries on your website. You then take a percentage of each transaction. Are you also trying to take a piece of the galleries’ pie?

We were very pleasantly surprised by the galleries’ response to the Gallery Network. At a time when fairs aren’t taking place and travel is very restricted, they are looking for a way to showcase their works. We have an exceptional overview of demand through the auctions.

– What is the difference between Sotheby’s and Christie’s today?

I don’t have a lot of perspective on Christie’s. Like us, they have an excellent reputation and a good sale this week too. But the important thing is not the issue of taking 5% of the market from them or not. We have to think beyond the mentality of the auction houses.

– What have you learned during your career as an investment banker that could serve you at Sotheby’s?

If we look at it from a business perspective, Sotheby’s has a structure that closely resembles the one I worked in previously. It is a high-end organization in which the human factor is paramount.

– As a former banker you have a limited knowledge of art. Is that right?

I should say that I have been interested in art my whole life. I have always taken the time to visit museums, I have also taken classes on art history. On a personal level, for the past fifteen years I have collected Brazilian contemporary art with my wife, who is Brazilian. But if you want to feel humble about art all you have to do is talk to one of our specialists.

– What do you imagine the market will be like in the near future?

We have recently observed a period of massive uncertainty. We also know that the major works are good at retaining their value during periods of uncertainty. The works that are “fresh on the market” also register good prices. We set 14 records during the sale on 29 June. In my view, there will be a significant offering appearing on the market over the next two years.

– But what should be done with the lower quality works?

We should carry on as normally as possible. Sotheby’s has been running for the past 276 years, through wars and many other difficulties. We have to experiment and come up with new formats. As for the works in lower categories, of course the prices could fall but we haven’t seen this happen yet. We’ve been surprised by the general price support thus far.

– What influence does Patrick Drahi have on how Sotheby’s is run?

He is very passionate about it and he has a long-term vision. He is particularly and very personally supportive of our new initiatives.

– The owners of the two leading auction houses are both French. Isn’t that surprising?

I have a lot of respect for the art collector François Pinault. Patrick Drahi is also hugely engaged with art. Maybe it’s your schools in France that are creating incredible art world entrepreneurs.

– But we haven’t seen anything from Patrick Drahi’s collection!

Yes, he is very private from that point of view. This new venture is giving him an even more international profile. We will see where that takes us.

– What is the next step for Sotheby’s?

We’ve spent the past few months adapting to the situation, like all businesses. The big spring sales are taking place this summer. And now we’re observing everything that’s just happened. Next we should be thinking big in the digital realm, compiling information that we’ve collected on artworks and clients. We should also be thinking about developing the “buy now” principle in the field of art and luxury, so that people can leave with the piece immediately.

The Goldschmidt sale marked the transition from sales in London to New York. Similarly, our new sales format today will mark increased efforts focused on China and Asia. You know, the underbidder for the Bacon that sold on 29 June for 84.6 million dollars was Chinese. This reveals the kinds of opportunities we can imagine in Asia. 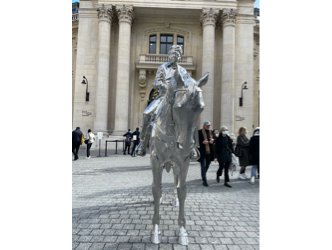 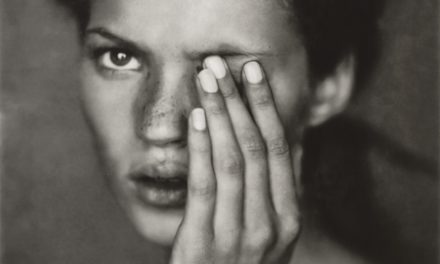 Paolo Roversi: a sale that’s like a glimpse of the famous fashion photographer’s inner world