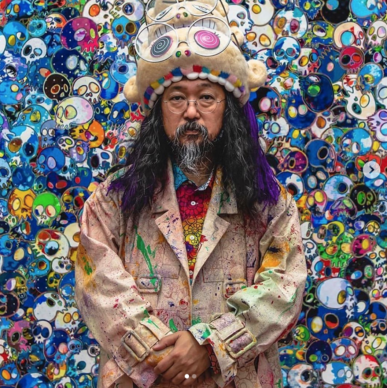 “This is Takashi Murakami. I’m a contemporary artist. Today’s story is my very heartbreaking story.” At the end of June Takashi Murakami uploaded a 15-minute video to Instagram that had been filmed at his studio on 23 May, announcing that he had been made bankrupt as a result of covid-19. He revealed how he had been forced to halt production of his film Jellyfish Eye Part 2. “Artists are very foolish people. (…) I lost everything. Almost bankrupt. So let’s start my very sad story.”

This spring, I streamed a series of cooking show of a sort on Instagram Live. I’m sure those who watched them were utterly confused, but I was trying to buoy my own thoroughly sunken feelings through these streamings. With the sudden swoop of COVID-19 pandemic, my company faced bankruptcy and I had to give up on a number of projects, the most symbolic of which being the production of my sci-fi feature film, Jellyfish Eyes Part 2: Mahashankh. For nine long years, I had persevered! It was a film that was to realize my childish dreams! The enormous budget I poured into this project, as well as my tenacious persistence, put a constant and tremendous stress on my company’s operation for the past nine years. But at the same time, I was able to endure various hardships because I had this project. Faced with the current predicament, however, I was persuaded by both my business consultant and tax attorney that I must, simply must try and drastically reduce our business tax by filing the film’s production cost as tax-exempt expenditure. To that end, I am going to produce and release a series of videos to publicly announce the discontinuation of the film’s production. (To be clear, this is an entirely legitimate procedure—I’m not trying to evade tax!) These videos will be released against the backdrop of our struggle to avoid an economic catastrophe, but perhaps it may have a cathartic effect on the viewers/my followers to see the story of stupid Murakami’s failure. Long story short, I’m a silly human being for whom the moment of bliss is when I am thinking my truly childish sci-fi thoughts. I don’t know how many episodes the series will end up being, but a series it will be, so please come along with me on this journey for a little while.

This very Japanese approach, a kind of hara-kiri by media taking the form of a public confession of what he’s done wrong, has strangely failed to make a huge impact. And yet Murakami is a very popular artist. He has 2 million followers on Instagram. He is known for the large-scale merchandising of his work. 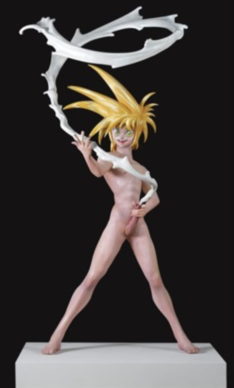 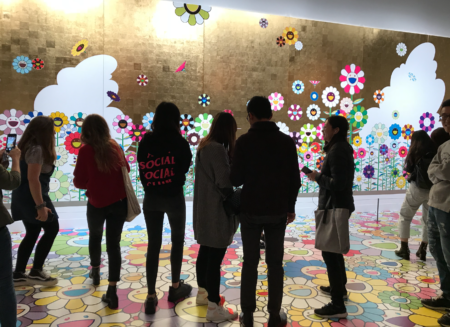 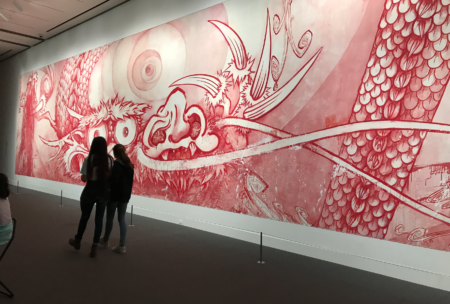 Along with Damien Hirst, he illustrated the principle of a deliberately flat and glossy style of painting, with the prolific output and astronomical prices characteristic of the 2000s. In 2008 his excellent “My Lonesome Cowboy”, an erotic sculpture made in 1998, in which a jet of sperm emitting from the superhero figure turns into a kind of lasso, sold for 15.1 million dollars, his record price. And since then, contrary to Damien Hirst, Murakami has been the subject of numerous exhibitions in museums around the world, especially in the United States and Qatar, adding to his commercial artist aura that of an artist recognized by institutions.

Over the past few months rumours have been circulating that his business has been experiencing significant financial difficulties, and private dealers have noted a drop in prices and lower demand for his works on the secondary market. 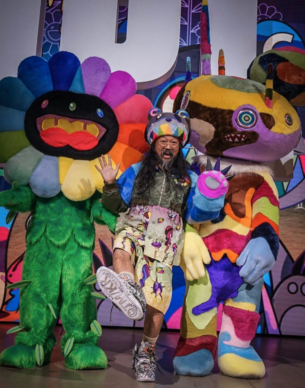 Cathy Vedovi, a collector based in France and the United States who is known to be one of his historic supporters, explains: “it in no way diminishes his relevance. Only recently Murakami has been making interesting series such as his tribute to Bacon.”

In April 2019 we learned that the Los Angeles gallery Blum & Poe had stopped representing him after 22 years of collaboration. But the Japanese artist is supported by two of the world’s most powerful galleries, Gagosian and Emmanuel Perrotin.

Between New York and Tokyo

Murakami’s activities are divided between New York and Tokyo. He makes and produces fascinating animated films, creates paintings and sculptures, and he also has a gallery in Tokyo where he exhibits his artist friends.

I asked Emmanuel Perrotin (See the report of Emmanuel Perrotin during Arco), who has worked with Takashi since 1993, to elucidate the facts surrounding the impact this bankruptcy has had on his business. The French gallerist explains that Murakami is creating less than in the past and that the secondary market is not a priority for him. He says that the New York activities have naturally been completely suspended. He has no specific information about the people due to be dismissed from the studio, but he assures that Murakami’s creative output will continue.

The history of art has been punctuated by artists’ bankruptcies that have had big repercussions, from Rembrandt who lost everything because of his predilection for collecting, to Gustave Courbet who had to pay for the destruction of the Vendôme Column. In the case of Takashi Murakami, his bankruptcy can be explained by his desire to fulfil a long-held childhood dream: to make a major animated film. 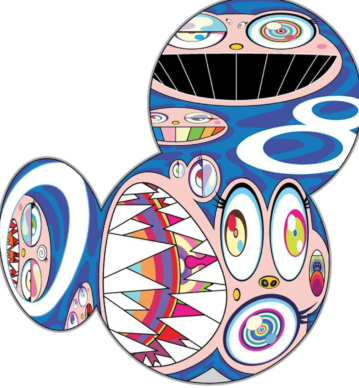 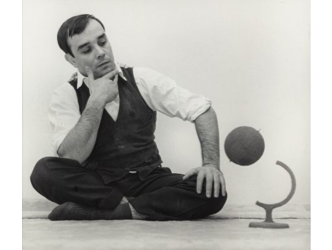