It’s a small museum that contains an absolute masterpiece. Located at Hauterives, in a commune of 2,000 inhabitants not far from Lyon, Saint Etienne and Valence, it is home to a complete utopia: the Palais Idéal du Facteur Cheval (Postman Cheval’s Ideal Palace). 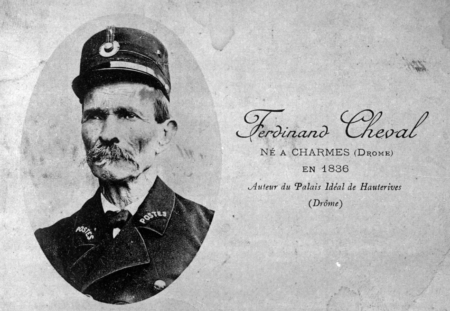 This is no new discovery because it’s been open since 1905 on the initiative of its creator, artist, owner, entrepreneur and at the time village postman: Ferdinand Cheval (1836-1924). 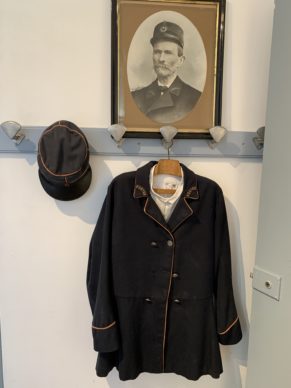 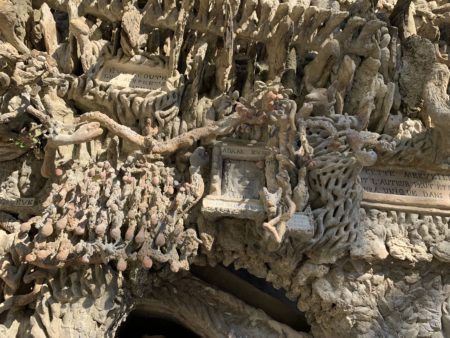 Nor is it a novelty, since André Breton, the theoretician of surrealism who needs no introduction, wrote in 1933 that “Facteur Cheval remains the undisputed master of sculpture and architecture of the past millennia, and was haunted by aspects of the grotto floors, ruins, and petrified fountains of his region.” He was followed by countless artists and intellectuals, from Salvador Dali to Picasso via Simone de Beauvoir (she writes to her American lover in 1952: “he has built something unique. Half Arab mosque, half Angkor temple. A prodigious feat.” André Malraux had it listed as a historic monument in 1969, describing it as “rare naïve architecture”.

It was one of the first sites to reopen after confinement and one of the reasons it also remains an ideal palace to visit is because it is staging a charming exhibition dedicated to one of the fans of the site, the filmmaker and artist Agnès Varda, who visited in 1956 (See the last report about Agnès Varda). 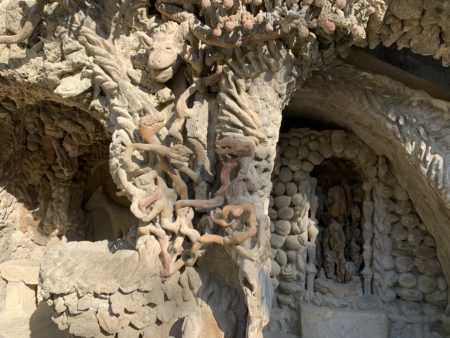 The postman built his edifice, among other things, by gathering large pebbles from the neighbouring river. Varda made a film, “Les glaneurs et la glaneuse” (“Gatherers and gatherer”), celebrating this act. She was also fascinated by postmen, who she described as “fate’s accomplices”. A compilation of scenes showing the importance of correspondence in her films speaks eloquently on the subject. But let’s return to the monument itself, for it is one of the world’s treasures of human genius. Facteur Cheval is often presented – including in the film that came out about him in 2018 (1) – as autistic, a man with a mental disability.

But as the director of the museum Frédéric Legros explains, “the complete opposite is true”. 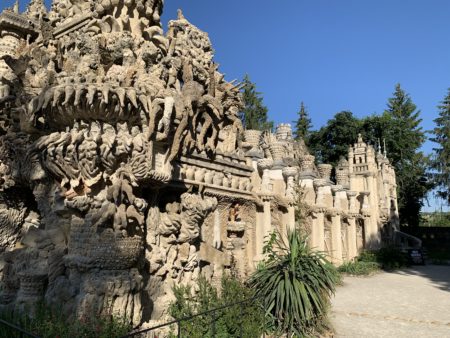 On his own, with the sole aid of his wheelbarrow, “my trusty companion”, it took him 33 years (93,000 hours he claimed) to build his structure, which is 26 metres long and 12 metres tall. With its turrets, abundant decorations, and uniquely exuberant style, it is a testament to the breathtaking creativity inspired by his exotic fantasies and illustrated magazine from Paris, since he himself had never travelled beyond Lyon. 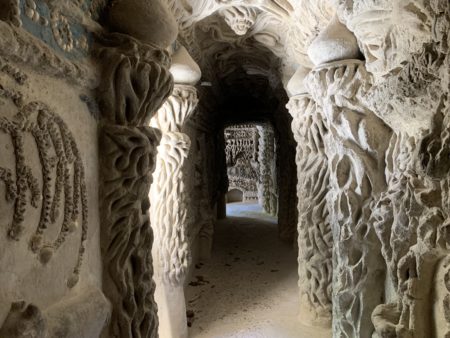 “He developed a construction technique by himself resembling reinforced concrete, using a base of iron rods and lime. In 1907 he was at the source of a legal ruling over image copyright, having successfully sued someone for printing postcards of the place without his permission. He organized “the experience” of a visit to the site by installing a lookout point… 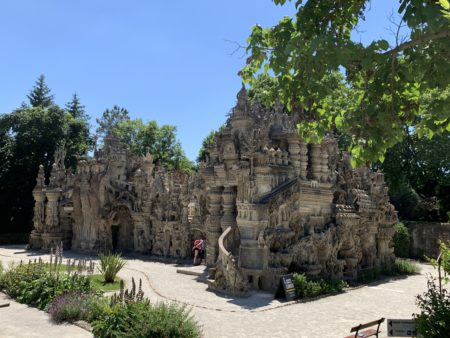 “Cheval is confusingly modern,” observes Frédéric Legros. The high point of the experience is the visit to the baroque tunnel inside the construction which features numerous inscriptions, like the one where he describes his oeuvre as a “pantheon of an unsung hero”. The hero is unsung no longer. 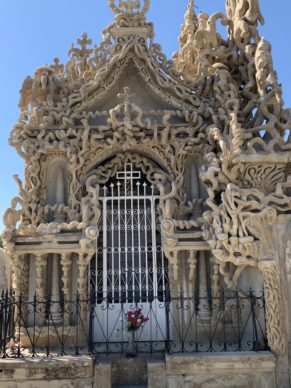 The grave of le Facteur Cheval