Contemporary auctions: a $110m bidding war between an American and a Japanese for the love of Basquiat 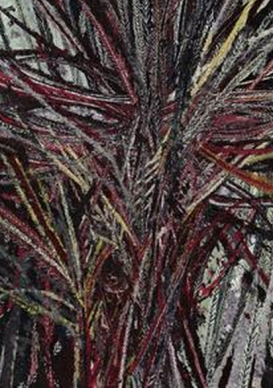 Imagine buying a painting for $19,000 in 1984 it being sold for $110.5 million in 2017. That’s what happened on Thursday 18 May at Sotheby’s when the hammer fell on the sale (with fees) of a Jean Michel Basquiat canvas from 1982 depicting a skull against a blue background which seems to forestall his premature death.
Only ten works at auction have ever exceeded the $100 million mark, joining the ranks of Picasso, Giacometti, Warhol...
The buyer is Japanese collector Yusaka Maezawa, owner of online fashion retailer Zozotown, as confirmed by his Instagram account moments after the hammer fell.

Maezawa had bought another Basquiat for $57.3 million at auction in May 2016, the previous artist record.

While auctions are a global promotional platform for artists thanks to the extraordinary media interest, they’re also excellent promotional vehicles for buyers, and encouraged by the auction houses.

In the early 2000s Steve Wynn, the Las Vegas casino magnate, was able to apply this strategy to promote his establishment, where he would exhibit his newly acquired works.
Now it’s Maezawa’s turn to assume a posture unfamiliar to his fellow countrymen (who admit to being scandalised by his self-promotion).

Incidentally, in its press release, Sotheby’s didn’t give a second thought about including the Basquiat buyer’s Twitter and Instagram accounts.
‘In this case, we’re paying for the myth,’ commented Marc Blondeau, the private dealer in Geneva.

‘Basquiat was the first artist who succeeded in progressing from the street to the gallery. It was social phenomenon.’
Grégoire Billault, head of contemporary art at Sotheby’s New York states that  ‘on the evening of the Basquiat sale the top trending topic on Twitter was the auction.

That tells you everything you need to know.’ He adds, ‘it’s an absolute masterpiece. It could easily be worth $200 million in five years’ time.’
According to professional sources it seems that the rival bidder for the work – at $80 million there were only two remaining – was Frank Fertitta, owner of a string of casinos in Las Vegas.

Frank Fertitta, who is noticeably more media shy than Maezawa and Steve Wynn, is known among other things his purchase of a Willem de Kooning painting for $66.3 million in November 2016.

He is also supposed to be the buyer of several newly created Damien Hirst works showing at the Pinault Foundation in Venice since April.
According to Brett Gorvy, head of contemporary art at Christie’s for many years and now partner to Dominique Levy at the helm of the Levy-Gorvy gallery ‘the crucial moment this season was when after this exceptional Basquiat, another Basquiat, ‘In the Wings’, representing a saxophonist, came to the auction block. It went for $5.9 million. There was no doubt over the difference in quality between these two works.

The market is rational and highly discerning.’
Broadly speaking the evening sales, containing the most expensive lots and those most emblematic of the times, all achieved strong results. On 17 May Christie’s sold 96% of the lots offered for a total of $448 million. On 18 May Sotheby’s sold 96% of its lots for $319 million in total. Phillips, the outsider owned by a Russian luxury group and which works hard to exist in the face of the duopoly, sold 100% of its lots, also on 18 May, for a total of $110.2 million.

At Christie’s the star lot was ‘Leda and the Swan’, a 1962 painting by Cy Twombly (1928-2011), a set of vivid gestures on the canvas, which achieved $52.8 million. The exceptional Pompidou Centre retrospective that has just ended may be a factor in explaining the result.

Watch the video Christie’s did about the auction of the Twombly.

But the record for a Twombly is still held by a 1968 canvas resembling chalk on a blackboard that went for $70 million in November 2015.
The most surprising result at Christie’s however, $16.7 million, was achieved for a painting by Marc Grotjahn, the American artist born in 1968.

He produces large format abstract compositions in a thick paint that look like a tree of coloured feathers.

The work in question, from 2011, seems to belong to the French 1950s furniture dealer Patrick Seguin.

Grotjahn is represented by the multinational gallery Larry Gagosian and is collected by influential art lovers including David Geffen, co-founder of Dreamworks in Los Angeles, and François Pinault in Venice and Paris.

While the painting is undoubtedly pleasant in terms of decorative effect, the sums of money paid for an artist who has not made any major stylistic innovations is surprising nonetheless.

The Christie’s catalogue, however, dared to compare this painting to Picasso’s supreme masterpiece, ‘Les Demoiselles d’Avignon’, today hanging in MoMA. (‘Picasso’s 1907 masterpiece Les Demoiselles d’Avignon has been variously cited as a specific comparative for the Face Paintings as the rudimentary features in Grotjahn’s painting resemble tribal masks and other ritualistic totems.’)

The previous record held by the artist was $6.5 million, achieved in 2013.

Still at the Christie’s auction, Thierry Gillier, the French owner of the Zadig & Voltaire fashion label was selling a set of ten works under the title ‘Death in America’ including one by Maurizio Cattelan (sold for $1.5 million) and one by Sterling Ruby (carrying a $800,000 estimate but unsold) for a total of $16.5 million. ‘I am bulimic when it comes to art. This was an opportunity and a challenge for me. It means I can buy new things,’ he confided to me before the auction.)

At Phillips a fascinating large canvas from 1991 by the Scottish painter Peter Doig (born 1959) went for the record price of $28.8 million, $2.7 million more than the previous record for the artist set in 2015.

Watch the video Phillips did about the work.

Doig invented a new and unique figurative style with dreamlike representations and a particularly masterful sense of colour.

Cheyenne Westphal, the new chairman of Phillips and a defector from Sotheby’s seemed to be highly satisfied with the results from her new house: ‘Sotheby’s and Christie’s are huge machines. We’re younger and more dynamic. For exemple our installation for the sales was curated by Francesco Bonami.’

Commenting on the Damien Hirst work from 2000 which achieved $5.8 million despite the market for Hirst allegedly moribund not so long ago, Cheyenne Westphal said: ‘his market was always volatile but Damien Hirst is very important to our era.’
She concludes with a reflexion that could be one that explains the results of these most recent sales:

‘Today collectors are searching who are the relevant artists for the 21th century.’
Picasso said once that he did not search, he found.

What about the rich collectors?