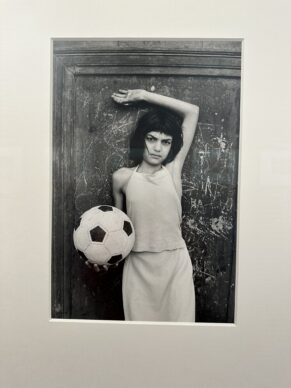 The setting of prices

Each field of artistic creation is governed, in market terms, by unique rules. So the principles that dictate the setting of prices in photography have nothing to do with the market for paintings, for example. Paris Photo, which is running between 10 and 13 November and showcases 201 exhibitors from 31 countries, is the perfect place to understand how this market is structured. 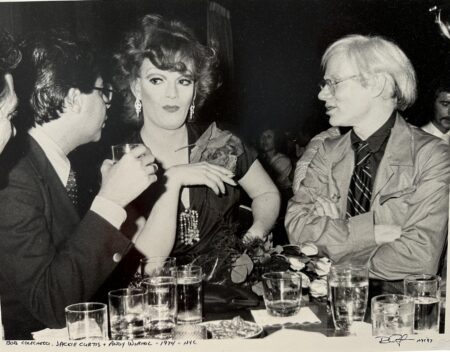 It is often forgotten, but photography as a process is almost entirely new, since it was only invented in the 19th century. The most sought-after artist in this area, and also probably the most creative of his generation, is the French Gustave Le Gray (1820-1884). In 1857, for example, when he wanted to photograph the waves at Sète, in South of France, to produce a particularly romantic impression, he used a photomontage technique where he assembled a sky filled with heavy clouds and a stormy sea, each of which had been taken with a different shot.

On 27 October 1999 this photo was auctioned for the record sum at the time of a little over 5 million francs, or 792,587 euros, to a Qatari sheikh who has since died. But tastes change and while the art market placed strong value on the historic photo, today only a handful of amateurs around the world are interested in this subject. 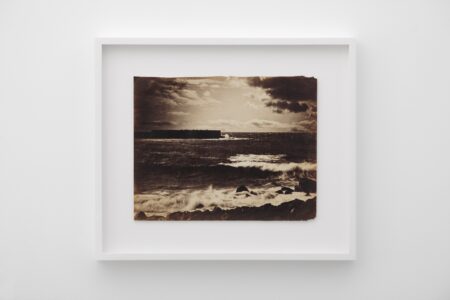 However, contrary to expectations, the businessman François Pinault is currently displaying one of these “Grande Vague” works as part of the highly contemporary showcase of his collections at the Bourse de Commerce in Paris, taken at Sète in an exceptional printing characterized by bold contrasts and very dark browns. 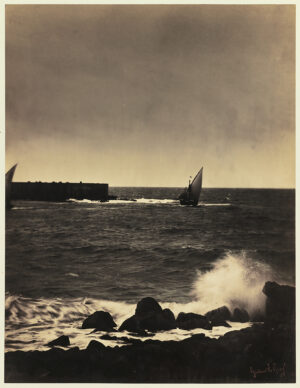 At Paris Photo the specialist New York dealer Hans P. Kraus has given pride of place at his booth to what must be the most expensive older photograph at the fair, “La vague brisée”, a variation on the same theme featuring a sailing boat, on sale for 400,000 dollars. “I have never seen such a beautiful print,” he explains. According to an inside source, another “Vague” by Le Gray recently sold privately for around 200,000 euros. It is to be understood, in photography, that one of the components of the price is the quality of the printing of the work. But this principle matters less in contemporary photography.

The legendary American photographer Robert Mapplethorpe (1946-1989) is well represented at Paris Photo at the booth of the dealer Baudoin Lebon (see here a report about Mapplethorpe). He not only developed a unique gay iconography but he also produced in parallel a sprawling gallery of portraits along with seductive and decorative images of bouquets of flowers etc, characterized by a certain classicism. 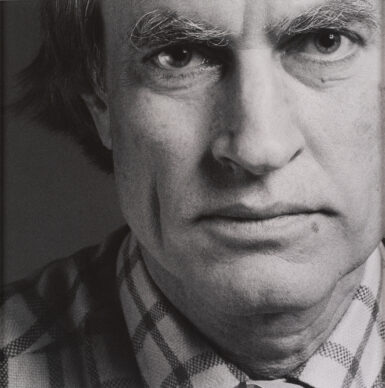 Baudoin Lebon is presenting all vintage prints (prints that are contemporary with the taking of the image, and which are the most highly prized) with prices that are justified not only by Mapplethorpe’s name but also by the format of the work and the subject depicted. The record price for Mapplethorpe at auction, 617,980 euros, was obtained in 2017 for a self-portrait made a few months before his death in which he depicted himself looking gaunt alongside a cane, whose handle is a skull. 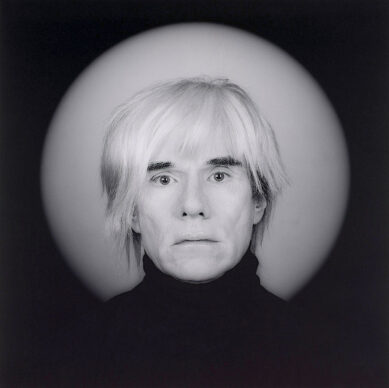 Andy Warhol died in 1987 and that same year the photographer made a portrait of the high priest of Pop Art with a glowing halo in the background. A single version with a frame in the shape of a cross was sold for 514,174 euros in 2006. Baudoin Lebon, who was his dealer during the 1980s in Paris, is presenting a print of the same image on sale for 150,000 euros. Yet despite his huge fame Mapplethorpe remains a photographer who is financially accessible, since some of his portraits of lesser-known figures are presented for 10,000 euros at the Parisian’s booth: “The politics of the Mapplethorpe foundation, which has printed numerous images since the artist’s death, has damaged the market which has been flooded with posthumous prints,” claims the dealer.

By comparison, at Paris Photo at the booth of the New York gallery TMPG, which specializes in photos from the world of music, the entire booth is dedicated to Bob Gruen (born in 1943), a photographer of the rock scene who immortalized, among others, the singer Blondie. His vintage prints are on sale for 10,000 euros. In this case it is the quality of the image plus the celebrity of the subject which count. 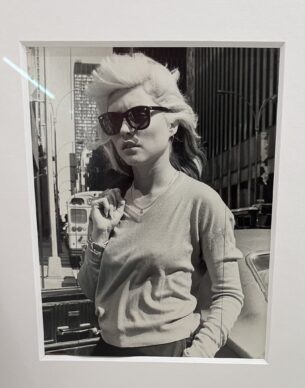 The entire booth belonging to Alberto Damian, a gallery specializing in photography from Treviso, is devoted to a heroine from Palermo. The Sicilian Letizia Battaglia (1935-2022) became famous by photographing mafia victims. Between 1974 and 1991 she ran the photography service for the communist daily newspaper L’Ora. She has received numerous awards for her humanist images documenting daily life in her city, which are still on sale, starting at 10,000 euros for vintage prints. 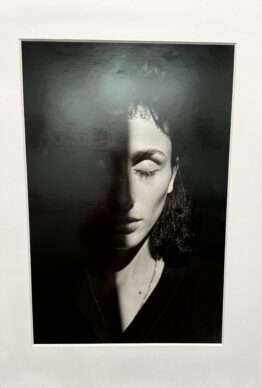 But the most expensive one, at 22,000 euros, is a spectacular recent print in large format of an image from 1992 showing half the face in mourning of the wife of one of the police officers who accompanied Judge Falcone during the attack in which they were both victims. In this case it is the power of the image together with the historic circumstances that give this snapshot the extra bonus.

That said, it often happens – as in the case of Gruen or Battaglia – that prices at auction are significantly lower than at the specialist galleries. 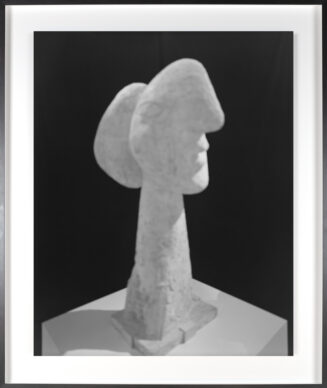 Lastly, there is an entire category of photos that does not follow the field’s classical principles of valuation, quite simply because their authors are more closely linked to the world of contemporary art. At the booth of the specialist San Francisco gallery Jeffrey Fraenkel there is an extraordinary black and white photo in large format by the Japanese photographer Hiroshi Sugimoto (born in 1948) (See here an interview of Sugimoto during his show in Versailles).

The spirit of the sculpture

Dating from 2014, it depicts a sculpture by Picasso exhibited at Moma in New York (See here a report about the sculptures of Picasso taking place in Paris now). The artist has blurred the shot as though to express the spirit of the sculpture rather than its accurate depiction. With a print run of 5, it is on sale for 200,000 euros. 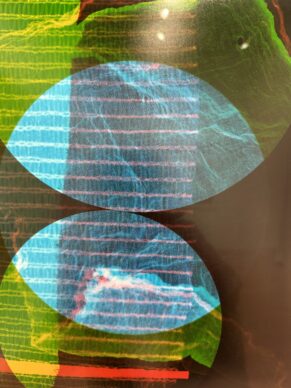 The gallery is also displaying photograms, which are unique by definition, made by Christian Marclay over lockdown (on sale for 40,000 dollars). The Swiss American artist is currently the subject of a retrospective at the Centre Pompidou that opened on 16 November. We will be talking about this soon.

At the booth of the Parisian Nathalie Obadia, and also at her gallery in the area of Saint Honoré until 23 December, she is exhibiting the new series by American artist Andres Serrano (born in 1950) (See here an other interview of Serrano). Although he exclusively uses the photographic medium, he insists: “I am not a photographer”. He works in series, the most famous being the large-scale colourful images taken in a morgue in 1992, or a cross immersed in urine in 1987-1990, among other things. 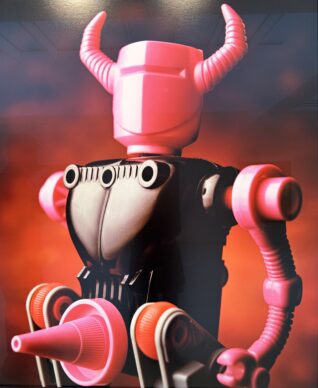 His brand new series (the large-format works are on sale individually for 35,000 dollars) is much less polemical in nature, featuring portraits of real old robots which he has collected and which foreshadowed, in his view, the current reign of the metaverse. Photographed in garish colours, each one has its own attributes, from the Rembrandt robot to the fighter robot. “These images make me think of the iconography of NFTs,” concludes Andres Serrano, who always shows a deep engagement with contemporary reality. 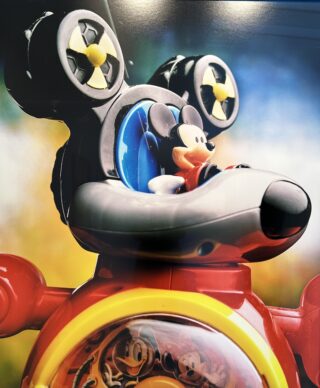 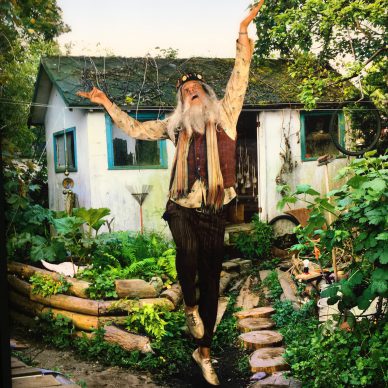 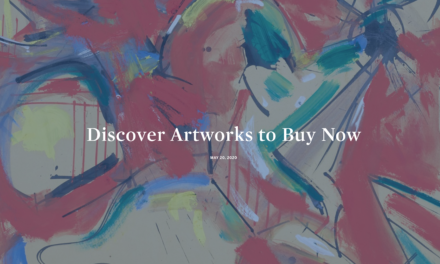