16,000: this is the number of painted works officially produced by Pablo Picasso (1881-1973) and inventoried in his catalogue raisonné. In 2000 the modern art historian Werner Spies staged the first major exhibition in France of the artist’s sculptures at the Centre Pompidou. Its catalogue, which is referenced, contains 664 artworks. In short, Pablo produced nearly 24 times more paintings than sculptures. Demonstrating that in the ocean of his creation his sculpture is the poor relation (See here the report about the exhibition at Musée Picasso in Paris).

For despite the fact that he accorded a real importance to the latter, he only displayed his sculpture much later in his career. In the “Nouveau dictionnaire Picasso” (1) Pierre Daix outlines that it wasn’t until 1966, on the occasion of an exhibition staged at the Petit Palais in Paris – Picasso was 85 at the time – that he brought out of his studios the near-totality of his sculpted oeuvre, two thirds of which was unknown. And as surprising as it may seem today, the exhibition was not a success . It was even ignored by the press. 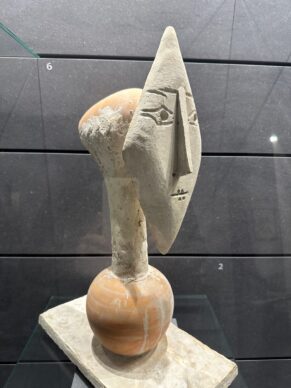 Brassai recorded the master’s rage in 1964 on the subject of the opposition between painting and sculpture (1): “What is sculpture? What is painting? We cling to outmoded ideas, as though the role of the artist was not specifically to create new ones.” Because for Picasso sculpture was a field of constant exploration. Werner Spies explains in his account of the master of Malaga (2): “the great artist of the 20th century was also, beyond his paintings, drawings and etchings, a great ‘bricoleur’ who knew how to deal with the most diverse materials, taking the most everyday objects and putting them together in compositions that transgressed all techniques.” 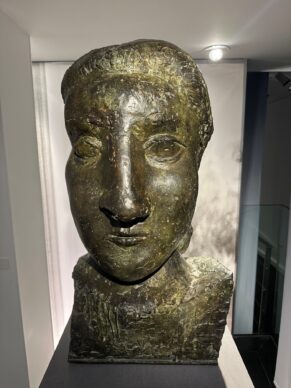 However, the popularity of this side of his oeuvre has remained limited, even though, as the director of the Picasso Museum in Barcelona Emmanuel Guigon explains, cubist sculptures, published in Apollinaire’s review, “Les Soirées de Paris”, and the iron sculptures made with Julio Gonzalez would respectively have an impact on surrealist sculpture and abstract American postwar sculpture. In France, the public spaces marked by Picasso’s presence are few. We only note in Paris a monument to Apollinaire in the square at Saint Germain, featuring a head of Dora Maar (which was stolen and then recovered). In the central square in Vallauris, the village where he produced his terracotta pieces, there is also a bronze of “L’homme au mouton” (Man with a Lamb).

The event marking the return of the field of modern art in Paris is an exhibition dedicated to Picasso’s sculpture at a commercial gallery. The Galerie de l’Institut is presenting across its two spaces on the Rue des Beaux-Arts and the Rue de Seine, in Saint Germain des Près, a major show featuring 70 sculptures produced between 1902 and 1962, accompanied by 35 drawings and paintings.

It would seem that the subject is in vogue since the Hammer Museum in Los Angeles inaugurated on 1st October an exhibition of Picasso’s cut papers and in Madrid the Mapfre Foundation is staging a comparative study of the three-dimensional work of Julio Gonzalez and that of Pablo Picasso until 8 January. 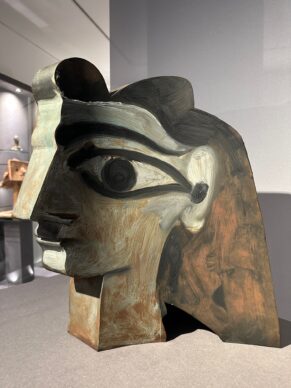 In Paris, as the director of the Galerie de l’Institut Marc Lebouc explains, the majority of sculptures comes from the collection of Catherine Hutin, the daughter of Jacqueline, who was Picasso’s last wife. 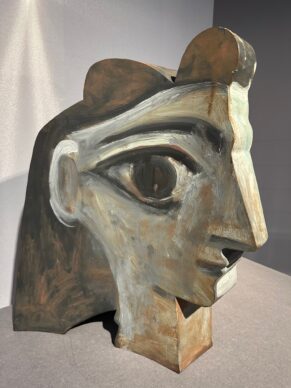 Marc Lebouc has made an inventory of her collections. “On this occasion I realized that a number of the sculptures from the collection were completely unknown to the public. I therefore proposed this exhibition in which only a dozen works are on sale.” The prices of the pieces on display range between 100,000 and 1 million euros.

According to the dealer, “the market for Picasso’s sculptures has never been truly spotlighted. It’s virtually nonexistent.” One of the most fascinating things in Picasso’s three-dimensional production is linked to the entanglement of this creation with the subjects of his canvases. There are times when the sculptures have inspired a whole series of paintings, as was the case when he painted shapes in three dimensions. In 1961, for example, in Mougin, he made a double portrait of Jacqueline and himself in cut up and folded metal, which has been rarely exhibited up until now, according to Marc Lebouc.

For Giovanna Bertazzoni from Christie’s, “this market presents the particularity of being at the same time very niche and global. In other words, the offering of Picasso’s sculptures is limited but due to the very fact that it is linked to this iconic name, it concerns the whole world.” At the summit of these sales are the plaster works from the 1930s depicting Marie-Thérèse Walter, an example of which was sold to Qatar – the well-publicized sale was the subject of a dispute between Gagosian gallery and the royal family – for it would seem 90 million dollars.

At auction the record price is for a “Tête de femme” from 1909 depicting one of his earlier partners, Fernande, sold for 46.7 million euros on 12 May 2022. The bronze had the virtue, among other things, of coming from the collections of the Metropolitan Museum in New York. The institution received the exceptional donation of cubist works from the businessman Leonard Lauder, who allowed himself to part with this type of piece.

The Parisian exhibition is presenting a “Tête de Fernande” as well as a drawing from 1908 on the same theme. This production spans until just after the “Demoiselles d’Avignon”, which was a foundational work in the invention of cubism by Picasso in 1907. The value of Picasso’s sculptures has been increasing again in recent years since we also note that in 2021 as part of the famous Macklowe sale in New York (See the report about the Macklowe collection here) a sculpture from 1928 made from metal wires assembled like facial features in space, “Projet pour un monument à Guillaume Apollinaire”, was sold for 23 million dollars. This was the second highest price in the ranking of sculptures at auction.

Picasso loved animals and he produced an entire menagerie, a certain number of which are presented at the Galerie de l’Institut: the bull, the monkey, the dove, the owl… modelled by the master of Malaga, resemble “primitive” deities. According to Giovanna Bertazzoni the small-scale bronzes which are the most widespread from Picasso trade for between 20,000 and 250,000 euros. Which is a lot cheaper than his paintings… 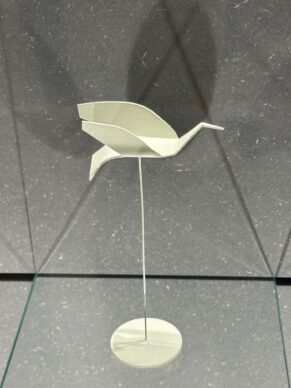 Werner Spies concludes his introduction to “Picasso sculpteur” by highlighting the trailblazing side of this work in relation to the rest of 20th-century art (2): “Picasso’s sculpture went beyond classical categories and broke with cultural conventions to have a lasting influence on the century in which he lived. The utilization of a combination of found objects, the ironization of the usage value, the presentation of the vestiges of consumer society that flourish in contemporary ateliers, hadn’t this already been done by Picasso?” 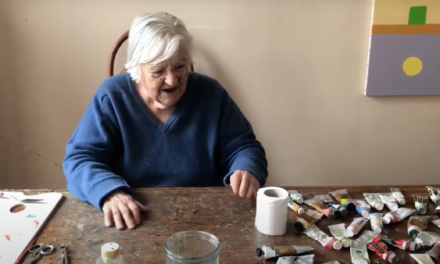