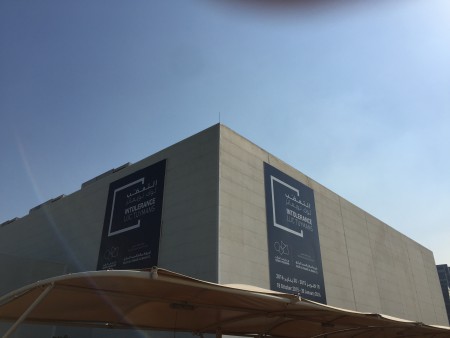 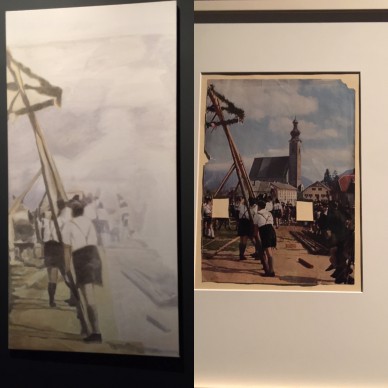 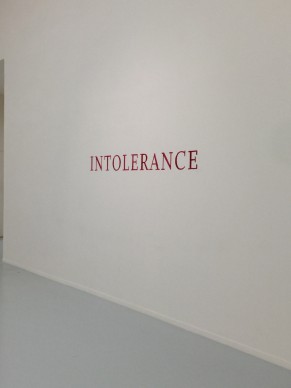 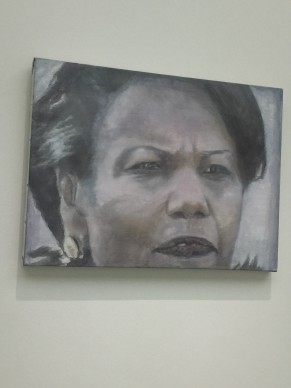 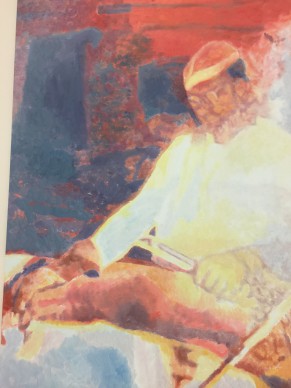 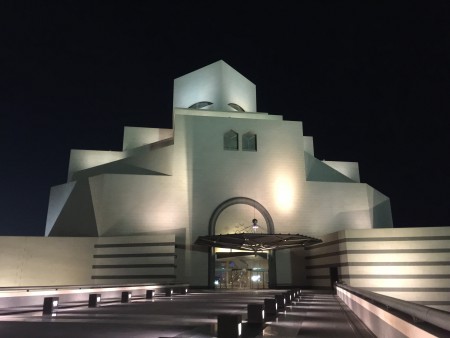 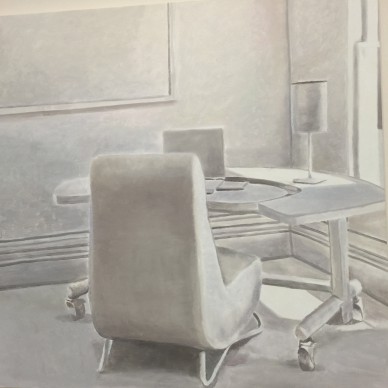 This story takes place in a land known as the world’s top gas producer, the owner of the Paris Saint Germain soccer team, the 2002 World Cup Soccer organizer (and attendant controversies), and as the place from where Al-Jazeera’s Arabic- and English-language programs are broadcast.

This is Doha, capital of Qatar. With barely 200,000 Qatari resident nationals, it is home to a small miracle: People like art. Of course, the astronomical prices Qatar has paid for its purchases has had tongues wagging: There’s talk of a $179.3 million Picasso bought at auction by the wife of the country’s former prime minister. There’s talk of a painting by Cézanne reportedly acquired for $250 million from a Swiss collection in a private transaction. There’s talk of… Talk of…

But here’s what you can see. Until January 30, a large white cube, Alriwaq, located across from the Islamic Art Museum designed by I.M. Pei, is hosting an exceptional retrospective of the work of Belgian artist Luc Tuymans. Tuymans was born in 1958. His American dealer, David Zwirner, regularly sells his canvases for more than 1 million euros. The record for his work at auction stands at 2 million euros.

But above all, Luc Tuymans is a painter, a true painter. He is renewing the genre just as much as South-African artist Marlene Dumas is. Dumas’s work was the recent subject of a retrospective at London’s Tate Modern. For the former as for the latter, this genre-renewing exercise is fraught with danger: How do you, in the 21st century, reinvent figurative painting without taking art history’s all-too-well trodden paths? Marlene Dumas creates feelings through emotive compositions that are almost illegible from up close. Tuymans’s system of representation is more muddled, to the point of sometimes being uneven. I went to see his 2010 retrospective in Brussels. The first thing that struck me, in a film that was being shown as part of the exhibition, was the man’s pretentiousness. Never a good sign. That said, in the Qatari version of the retrospective, which counts no less than 158 works, contrary to my experience in Brussels I was completely wowed. The way the works are hung is particularly well done. You’re entering a diluted and murky world, full of numerous references to Goya. Large-format paintings are particularly successful. There is no chronology. The viewer is snapped into these immense painted surfaces. This otherworldly universe looks like freeze frames in the movie of Luc Tuymans’s work. It’s breathtaking. The exhibition’s title, “Intolerance,” is as puzzling as the title of the painting it echoes, which represents a group of candleholders in a dark atmosphere.

You have to admit that if some paintings, in and of themselves, are weak (as is the case, for instance, with Office, a kind of still-life with an empty desk, from 2009), the whole operates in an effective way. Tuymans is good when you see a lot of his work and when the hanging allows for an intelligent dialogue between the paintings.

And here precisely, the hanging was overseen by Lynne Cooke, formerly a famous curator at the DIA Foundation and now at National Gallery in Washington, D.C. Doha knows how to choose its curators. I can remember the Murakami exhibition that was organized in the same space in 2012, whose curator was the New Museum’s Massimiliano Gioni—the perfect way to give intellectual cred to a commercial artist. But above all, I remember the exceptional exhibition devoted to Chinese artist Cai Guo Qiang in 2011. You had to acknowledge that the exhibition that Wassan Al Khudairi, the Syrian curator who was hired at the time, had organized was better than the devoted to the artist a few years earlier at the Guggenheim, which is nevertheless a magical venue.

Circling back to Tuysmans, on this weekday, there wasn’t a soul to be found in these immense rooms, and a guard was pacing around, engaged in personal communications and shouting into his telephone. Once outside, I acquired the voluminous 500-page catalogue published by Ludion, an outfit based in Antwerp, where Tuysmans himself lives. In it is an interview of the artist conducted by the husband of Sheikha Al-Mayassa, who is in charge of museums in her country. She is the daughter of country’s Father Emir, the sister of the ruling Emir and the spouse of Sheikh Jassim bin Abdul Aziz Al-Thani. All signs point to the fact that he’s one of his country’s most seasoned collectors. In one of his questions, he observes: “When I first encountered your work, I was initially drawn by the way you paint, but gradually after spending more time viewing your paintings, I believe I’ve come to understand the way you look at things and how you relate to your subjects, and how it can be very abstract at times.Ultimately this is one of the most rewarding things about having a relationship with the work of any artist: actually getting inside of their pursuit of meaning.”

You can’t say that this Sheik is only interested in the art market. Doubtlessly, this also goes to explain the quality of this exhibition. 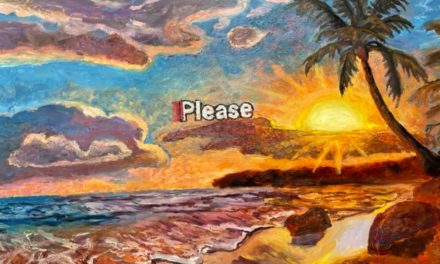