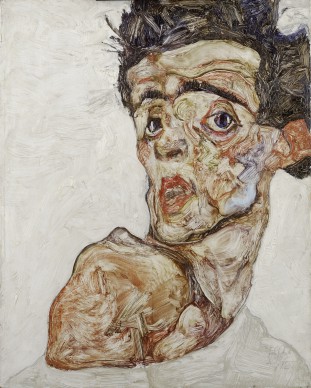 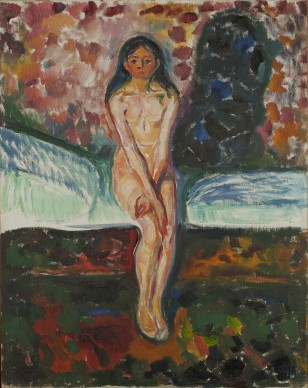 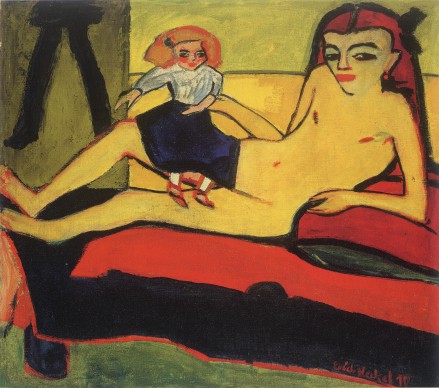 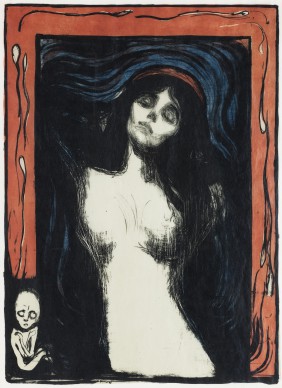 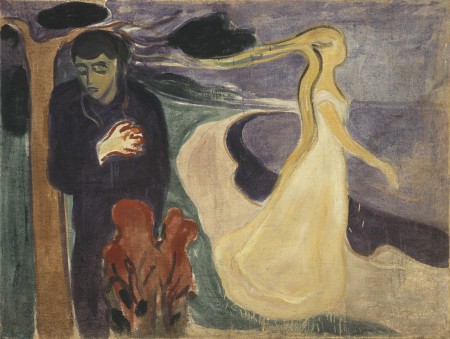 Since in New York there are modern and contemporary auctions every day this week featuring emotion,  why not go along and see some genuine masterpieces that are not for sale.

The curatorial world is shaped, in varying degrees, by its trends. The most recent trend, the one most commonly deployed for several years now across the world, consists in pairing two movements or two artists in a bid to escape the predictability of the chronological, monographic exhibition. The result is not always felicitous.

But it’s worth highlighting a new show where this kind of juxtaposition is thoroughly justified in art-historical terms and where the aesthetic result is sensational.

Located on the Upper East Side in New York, the Neue Galerie is a marvellous small private space owned by the billionaire Ronald Lauder, son of the creative founder of the cosmetics empire, Estée. Its permanent collection encompasses German and Austrian  art and decorative arts from the beginning of the 20th century. The most famous of its treasures is a gold-flecked portrait of Adele Bloch-Bauer by Gustav Klimt that was purchased for $135 million in 2006.

Since we’re on the subject of record prices, until 13 June the gallery is showing a work which fetched nearly $120 million at auction in 2012. It’s one of four versions of the famous ‘Scream’ by the Norwegian painter Edvard Munch (1863-1944). The work belongs to one of the museum’s ‘neighbours’, the collector and financier Leon Black, and is one of the centrepieces of ‘Munch and Expressionism’, a show that assembles 40 paintings and 40 works on paper to bring its theme to life. It’s a little gem of an exhibition detailing the astonishing way that the Norwegian artist would go on to influence the expressionists in Germany and Austria.

The show’s curator Jill Lloyds explains the concept behind the show:

The most thrilling thing, on a visual level, is the way the visitor is unable in certain cases to discriminate the authorship of the works. ‘We deliberately chose works that cause confusion,’ explains Jill Lloyd.

She underscores that the German Ernst Ludwig Kirchner(1880-1938), for example, was prey to similar propensities as Munch: depression, paranoia, alcohol abuse. She also explains how the Austrian Oskar Kokoschka (1886-1980), like his compatriot Egon Schiele (1890-1918), saw male-female relationships as a battle of the sexes. The aesthetic result, in Munch as in the Expressionists, is an explosion of colours in unexpected ways, coupled with a distortion of lines to express emotion. In Kirchner the floor of the street is streaked pink while the woman’s head rendered in green. The body of Munch’s bather from 1918, meanwhile, assumes the same shades as the water around him: blues, pinks, oranges, greens… Everything conspires to express the human condition and its torments. As Munch declared, ‘We should no longer paint interiors, people reading, women knitting. We should paint beings who breathe, suffer and love.’ 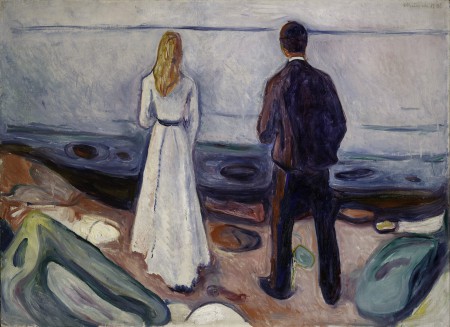 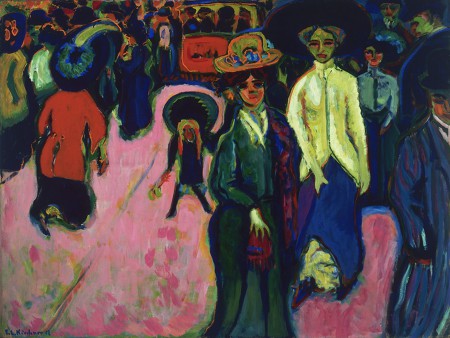 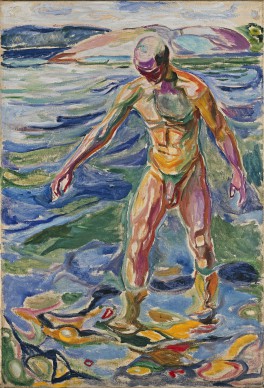 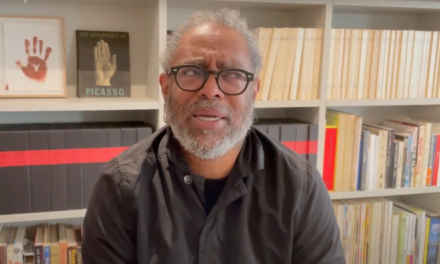