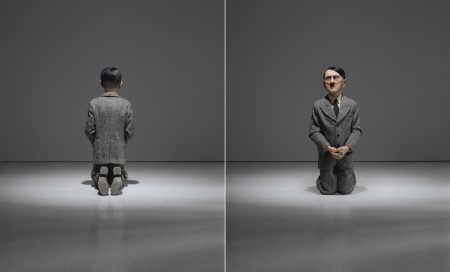 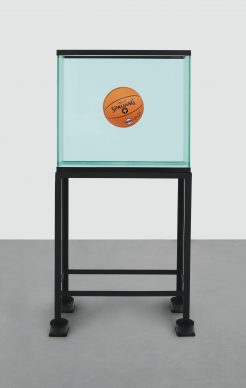 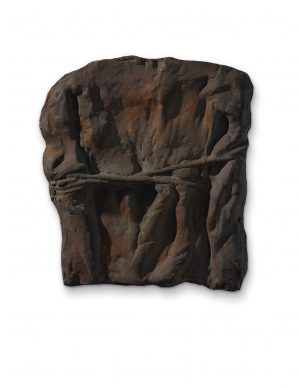 Every May and November, Sotheby’s and Christie’s modern and contemporary art auctions in New York have become, rightly or wrongly, a shop window for the global art business and a bellwether for the market in the eyes of the general public. In a few lots, everything is decided. Including the decline in confidence in what is known as the contemporary art market. It’s a heavy responsibility.

At a time when the world economy is stalling, the international political area has been rocked by one convulsion after the next, domestic politics are in turmoil from Russia to Brazil and Turkey, the Chinese stock market is showing sign of weakness and the price of oil has nose-dived, what’s the effect on an art market that was until last year experiencing rocket-like growth that was verging on the scandalous?

This season Sotheby’s and Christie’s have flat out refused works that were, in their option, either too expensive or not sufficiently desirable.

Caution is the operative word here. Both Sotheby’s and Christie’s will still be holding  several modern and contemporary art auctions this week. In addition, at Christie’s – a ‘curated’ sale is how they pitched it – took place last Sunday. It’s a little gem of a sale and the sidekick in their overall strategy. In total all of them (christie’s and Sotheby’s evening modern sales and evening contemporary sales, modern day sales, modern works on paper sales… ) should bring  slightly more than $1 billion (low estimate) .

In May of last year Christie’s ‘curated’ auction and the so-called prestige contemporary sale (held in the evening) on their own brought in $1.3 billion.

It’s obvious that this season we’re not competing for the same stakes as in previous years. No more Everest-like prices.

Yet the auction entitled ‘Bound to Fail’ (it takes its name after the idiosyncratic Bruce Nauman work that sold for $6.9 million) is a true success story.

38 of a total of 39 lots were sold, bringing in $78 million (in other words, a tenth of last year’s equivalent auction).

The message put out by Christie’s is one of optimism.

Brett Gorvy, the international head of post-war and contemporary art at Christie’s, summed up his feelings about the auction during a conversation on Skype.

And he adds, ‘Our strategy is clearly one of prudence. We have to take into an account an economic context which has no relation to last year’s. Despite the forecasts of journalists who are predicting a catastrophe, art lovers themselves hope that the market remains solid.’

The highest lot of the night,$17.1,  was a work by one of the stars of the 2000s, Maurizio Cattelan. ‘Him’, executed in 2001, shows a little boy on his knees, seen from behind. On closer inspection, the viewer discovers he has Hitler’s face. What’s the moral here? It’s up to the viewer to decide but one can identify a reference to the idea that even monsters were once children, and also that what’s at stake is a symbolism of repentance. Two similar works to this one belong respectively to Stephan Edlis, a Chicago collector who promised it to the Art Institute in his hometown, and to a Qatari collector, according to the market’s rumour mill, having previously been in the hands of the French businessman and owner of Christie’s Francois Pinault.

Cattelan announced at the time of his retrospective at the Guggenheim museum in New York in 2011 that he was retiring from the art world but he has, to all appearances, changed his mind. He has just created solid gold toilets for the Guggenheim which he’s baptised ‘America’. They were due to be installed in early May but are not yet in situ, although it remains unclear quite why. Cattelan has become a very talented publicist. It’s a very slippery slope towards the same territory as his hapless contemporary Damien Hirst.

-The ‘Bound to Fail’ auction, organised by  Loic Gouzer, was very judiciously orchestrated. If this Christie’s expert is not a history of art specialist per se, he is a specialist in what’s fashionable at the moment and he knows how to piece together coveted works with a history and a certain audience in mind.

Also in keeping with the times, and in the wake of dazzling recent work, Jeff Koons’ basketball suspended in an aquarium ‘One Ball Total Equilibrium’ from 1985, a mix of Duchamp-style ready-made and the embodiment of popular American myths, delights the connoisseurs, who are brought back to the forefront. It sold for 15.2 million euros.

As it happens, the auction also contained two pieces by Marcel Duchamp (1887-1968). The present era seems to be moving towards the foundational works from the past. One of them, ‘LHOOQ’, a reproduction of a Mona Lisa with a moustache in a 1964 edition of 35 prints went for $1.2 million dollars. Don’t forget that the original 1919 version belongs to the French Communist Party (which deposited it at the Pompidou Centre).

Among Christie’s geo-targeting strategies, it’s worth mentioning its inducements towards the small but safe Swiss market with one of its local stars, John Armleder, one of whose painting sold for $221,000, plus, among the rediscovered classics, that of the pioneering conceptual artist Daniel Buren (born in 1938) who sold for $905,000.

The conclusion seems to be that the contemporary art market is still alive and well, but cautious and, paradoxically, focussed on the past.