In the Oval Office 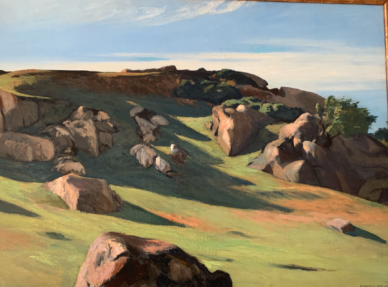 It was Barack Obama who, during his presidency, chose to hang two paintings in the Oval Office, one above the other. We recognized them as two views of Cape Cod, the coastal area which was a favourite of the Kennedys. More generally, they were two landscapes featuring no human figures by one of the first artists who sought to invent a new genre in America, Edward Hopper. 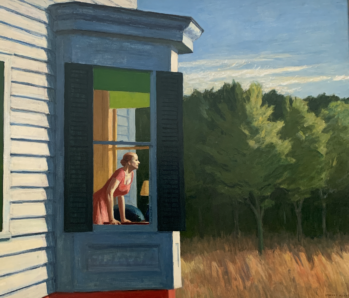 They belong to the Whitney Museum in New York, but until 17 May you can admire “Obama’s” two verdant Hoppers in the company of 63 other paintings as part of an exhibition dedicated to the artist at the Beyeler Foundation in Basel. 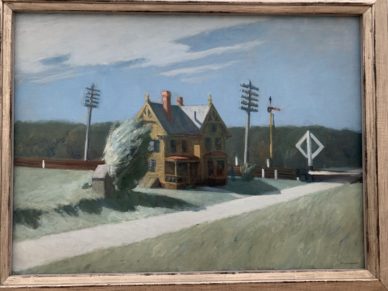 This is quite a feat given that Hopper produced a total of 166 paintings (only one of which belongs to a European public collection). This relatively modest body of work is partly due to the fact that the painter had a very absorbing hobby: he spent a lot of time at the cinema. 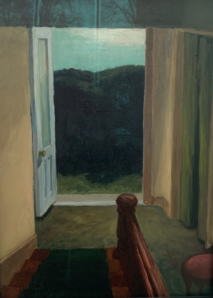 The film director Wim Wenders, who attended the exhibition opening at the Beyeler Foundation (watch his video interview in Paris) also observed that it’s not just the light in his paintings but above all the framing of his compositions that are more reminiscent of cinema than painting.

Wenders has studied the subject in depth since he has made a 14-minute 3D short film especially for the Beyeler Foundation, issued in 5 copies, entitled “Two or three things I know about Edward Hopper” in which he takes scenes from Hopper’s paintings and recreates them with real actors. 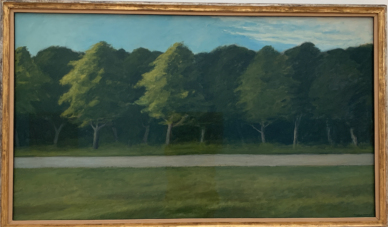 Its interest is rather by the by, since Wenders focuses on the figures featured in the painter’s scenes and the subject of the exhibition is in fact Hopper’s landscapes. At first glance this choice may seem contradictory, frustrating even, because the American painter is primarily appreciated as a genius of freeze frames set in urban areas. 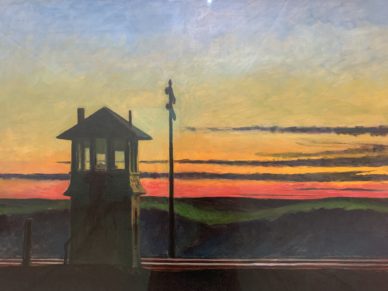 But this exhibition, which is all about silences and enigmas, is particularly successful.

Samuel Keller, the director of the Beyeler Foundation, explains why he chose this subject. 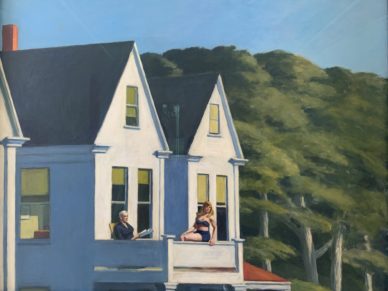 The Beyeler Foundation’s exhibition allows us to situate Hopper perfectly within the course of the history of art. We know he liked the realism of Gustave Courbet and this can be seen in his nature scenes in the spectrum of greens from dark to bright. He wasn’t so keen on Cézanne, but he is still very much present with his geometric rocks and shadows cast over hills. Like Magritte, he was an illustrator before becoming a painter, and also like him he had a predilection for paintings with a smooth finish tinged with a certain strangeness. See his unusual forest in “Road and Tree” from 1962, where he evidently seems to be already addressing the theme of these rural areas being invaded by city-dwellers.

The curator of the exhibition, Ulf Kuster, explains the links between Hopper and these major figures from art history: 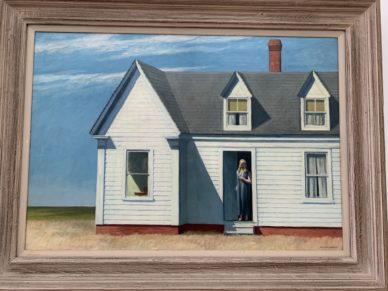 The exhibition also gives us a chance to admire “Portrait of Orleans” from 1950, depicting the outskirts of a city marked in the foreground by the “Esso” logo from a gas station (the early hints of a Pop art expression) and a telegraph pole which, strangely, has no wires. Hopper clearly wasn’t so concerned with precision but rather with unconscious expression. 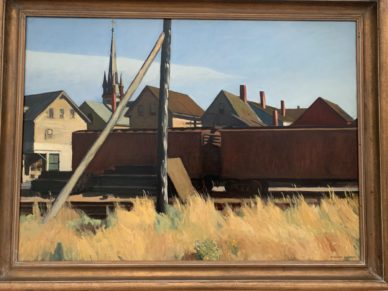 He confessed in 1939: “So much of every art is an expression of the subconscious that it seems to me most of all the important qualities are put there unconsciously, and little of importance by the conscious intellect.”