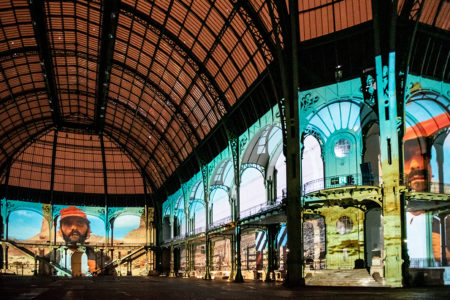 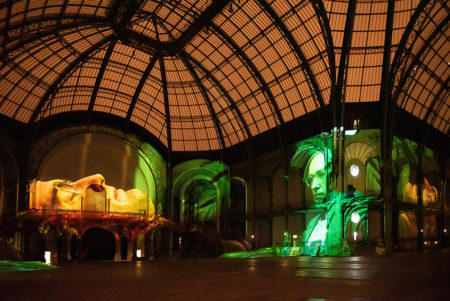 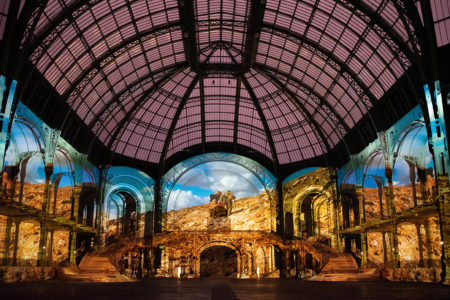 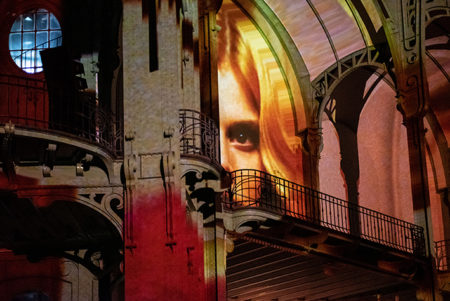 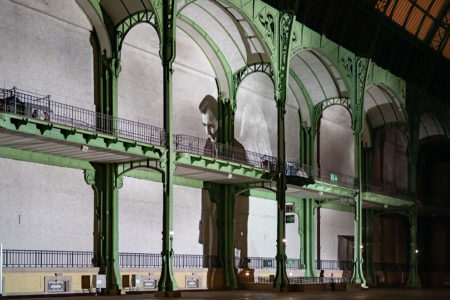 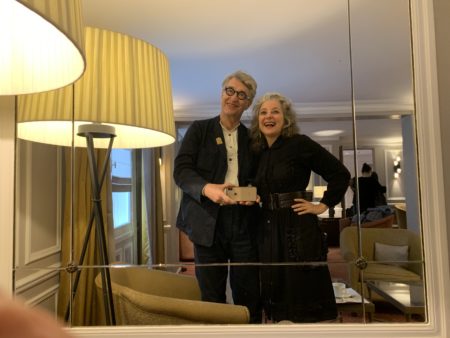 Part of the cinema history

Whatever our areas of interest, we can agree that Wim Wenders (born in 1945) is now a part of  the cinema history.

There are flashes of Wenders inscribed in our collective memory, like the red mohair dress matching Nastassja Kinski’s mouth overflowing with sensuality in Paris Texas (1984), Berlin’s angel of victory spinning on top of its column in Wings of Desire (1987), the great charm of the aging musicians, self-possessed yet unrecognized for so long in Buena Vista Social Club (1999), the absent dancer who embodied new forms in Pina (2011), or a photographer weary of immortalizing human suffering in The Salt of the Earth (2014).

Journeys of a combative nature

Wenders is curious about his fellow man. He often tells stories about journeys of a combative and solitary nature.

At the Grand Palais

At the Grand Palais in Paris he’s staging a unique show which involves filling the nave of the building with a montage of his film images set to an original soundtrack, which he reveals nothing about.

He’s using the architecture as a backdrop for the immersive show, which is being held over five days. The project hasn’t been without its difficulties. Firstly because the curvature of the walls distorts the images. Then because the sound takes 6 seconds to travel from one side of the nave to the other. The “composition” of moving images he’s presenting lasts for 33 minutes. It’s designed in such a way as to allow visitors to wander through the space. This so-called “video mapping” is achieved with the help of projectors posted at key points. The show, which is free to enter, was largely conceived by the Grand Palais’s new president Chris Dercon. When he suggested the idea to the filmmaker, Wenders confessed that he “felt frightened. But it’s always a good sign. Once the technical issues are resolved the rest is up to you: the editing.”

I put certain words to him to get his reaction on key subjects; a game that he played to perfection. Wim Wenders remained focused and fairly serious, especially when explaining how these days in the world of images beauty and truth take different paths. He didn’t smile much, right up until the moment we took a photo in the mirror. The interview was over.

(E)motion. Wim Wenders.From the 18th to the 22nd April. Nave of the Grand Palais. Paris. www.grandpalais.fr/en

Photos except the first and last ones: