Exile, immigration, and the sublimated street aesthetic. These are themes that are very often addressed in contemporary art. “I’m No Longer Here” is a film currently available to watch on Netflix which looks at these subjects in an immensely talented way. It is a masterpiece of poetry, photography, and unconventional dialogue without pathos. I don’t usually write about cinema, but in these exceptional times with the public authorities currently telling us to stay at home, why not share my enthusiasm? 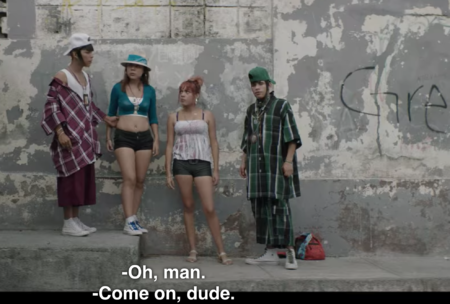 Lockdown has created a difficult situation for everyone affected by this ruling: it has forced people to do some soul-searching, inevitably leading them to refocus on themselves. Some may even have the impression, confined to their little patch of land, stuck in their apartment, stuck in their heads, that they are hitting rock bottom.

So to boost morale, we can look to the example of those who have hit rock bottom with brio, making the experience into an artwork. 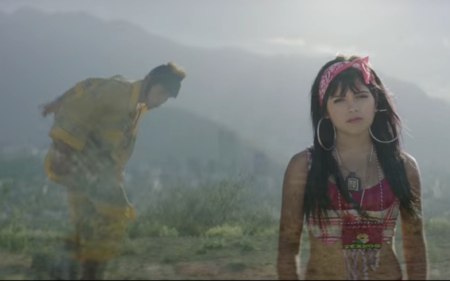 I’m thinking, for example, of Vincent Van Gogh, who when he was completely destitute managed to create a fascinating painting using an old pair of shoes as his subject matter. I’m thinking of filmmaker François Truffaut, who described how he managed to escape parental abuse as a child through his passion for cinema.

And the story of “I’m No Longer Here” by Fernando Frias de la Parra is an heir to another geographical reality, complete with all these themes. As with Truffaut, the pain of the young man in the central role is treated without melodrama. “I wanted to do it without exploiting the tragedy or glorifying violence,” explains Frias. As with Van Gogh, a new form and style is invented. 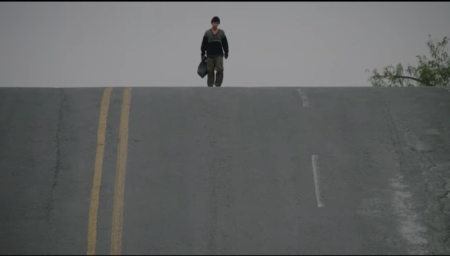 This is the second film by Fernando Frias de la Parra. The story starts in Monterrey, an industrial town in the north of Mexico, where the filmmaker studied in detail the aesthetic and behaviour of the youths in the rival gangs from the poor surrounding neighbourhoods. The through-line of this story, which doesn’t have many verbal exchanges, is the cumbia music played throughout, a genre that originated among the black slaves who once lived in Colombia.

The young hero, Ulises, played by Juan Daniel Garcia Treviño, practices “cumbia rebajada”, a dance to this music that has been slowed down, requiring a level of skill reminiscent of – without imitating any fighting – Brazilian capoeira. The director explains: “In my opinion ‘cumbia rebajada’ is a metaphor for the lack of future for these marginalized young people in my country. It’s like, ‘please don’t stop the music. Whatever happens there is no future’”. It is cumbia that saves Ulises from his isolation in New York, similarly to in François Truffaut’s film where Antoine Doinel is saved from his mother’s lack of love by cinema. 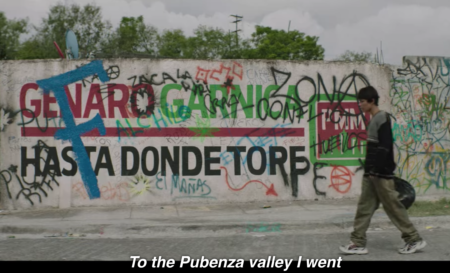 Frias is a former photographer, and it shows in the film. There are images of the streets in the city, like the fuchsia-pink wall splattered with blood from a recently gunned down victim, which the camera lingers on… “With the director of photography we made a mini-manifesto using the streets. A wall, a piece of graffiti, became reference points that we returned to at different points in the story.”

The main character’s birdlike appearance, with his two-tone hairstyle, resembles an extremely sophisticated plumage which he takes great pride in, and which could have come straight from a reinvented pre-Colombian tradition. Above all when he dances, outlined against the light, it’s not dissimilar to a ritual dance mimicking an eagle.

The film magnificently documents a form of counterculture that is wholly of the people and wholly contemporary, inherited from a mixture of the precolonial past and the rites of slavery. “For me, as I’m coming from Mexico it was super important to talk about these social issues. I needed to feel like I was not exploiting the people. You have no idea how many filmmakers with international careers exploit the tragedies of Mexico. I was very careful to avoid making a product to exportXXXXXX. I didn’t want to make a product at all. I wanted to make art,” says Fernando.

The Mexican filmmakers Guillermo del Toro and Alfonso Cuaron, in a 15-minute filmed conversation, highlighted the importance of “I’m No Longer Here”. Cuaron refers to the young director as one of the most important filmmakers, not just in Mexico but in the world.

Watch Fernando Frias talking about his film. Over the course of the conversation he makes free and fundamental statements such as: “Memories are not facts. They are emotions.” And “time is a social construction. The past is not necessarily behind.”

He spoke to me over Skype from his native Mexico.