Luc Tuymans: a masterful exhibition at the Palazzo Grassi in Venice. 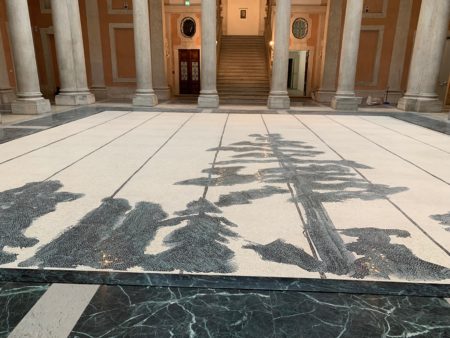 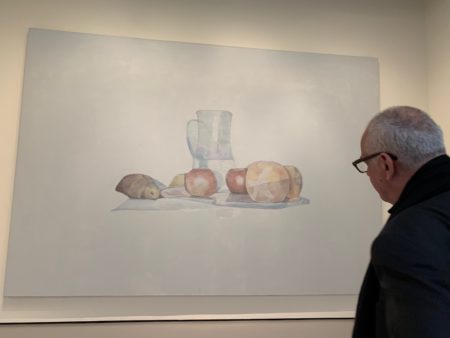 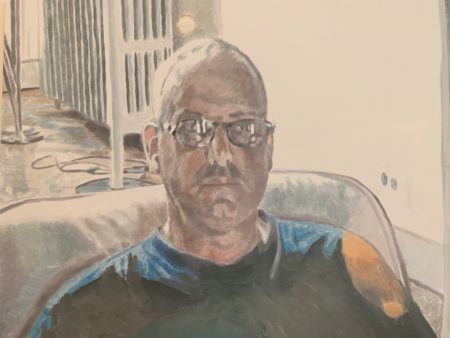 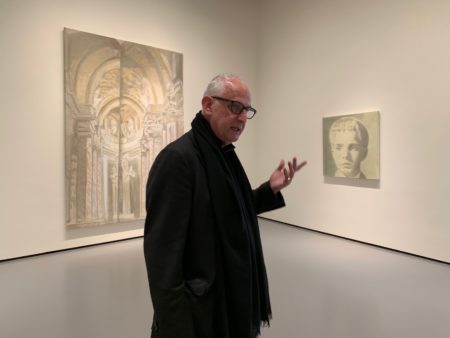 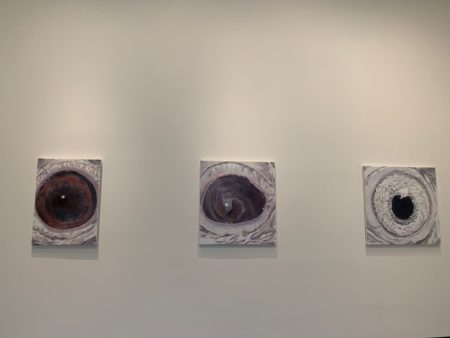 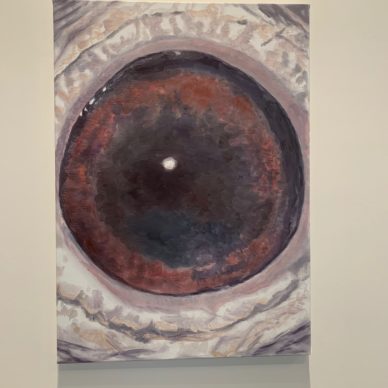 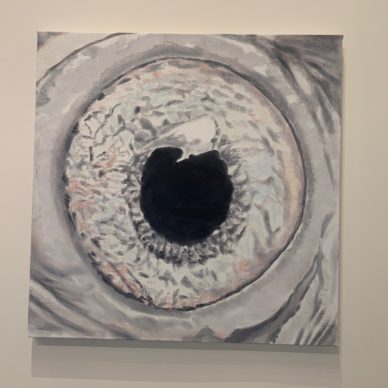 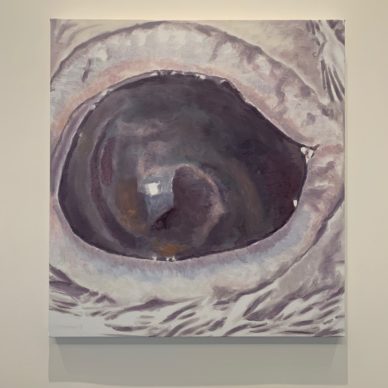 Don’t stop at the subject

When Cézanne painted his wife or a still life of some apples he didn’t just stop at the subject: a portrait of an unprepossessing woman or fruit arranged on a table…

He portrayed his universe, composing a union of colours and shapes to produce a painted image that is at once familiar yet, if you look closely, deliberately awkward.

There’s no symmetry, the imbalances are precarious… But this is how he catches the viewer’s eye.

In the spirit of seeking out visual defects and portraying one’s own universe, Luc Tuymans (born in 1958) is a true successor to Paul Cézanne, who composes according to his own era.

He paints his world, his whole world. For there’s one big difference between the town of Aix en Provence at the turn of the 19th into the 20th century and Antwerp in the 21st century, and that is the profusion of images.

Luc Tuymans has been painting in his studio in Antwerp since the 1980s.

Both modest and pretentious, self-assured and fragile, part of the world yet always maintaining a distance from it, he’s created an oeuvre that recognizably emerges from a scrapbook of memories, with blurred outlines, faded and frequently monochrome hues, and head-on representations.

He’s exhibiting paintings of one of the first images in technicolor, the eyes of carrier pigeons, a Nazi, a broken window, himself, and a doll whose head can’t be seen.

These forms of iconography are all inspired by photos he’s taken with a polaroid camera or, these days, with his mobile phone, and by images that he’s collected here and there from promotional catalogues or science books.

The result is an exhibition of 80 paintings at the Palazzo Grassi in Venice, on display until 6 January.

The show is a masterful immersion in the universe of a man who transforms his life, his whole life, into paintings.

He’s discreet enough that we don’t see any pictures of his wife, the artist Carla Arocha, who seems to be an integral part of his life. But he tells me that after she was caught up in the September 11 attacks in New York in 2001, in shock, and in opposition to the political displays, he painted a gigantic still life with apples floating in the middle of the bright white of the canvas.

He withdrew from the world and the sadness of tears and from sadness itself.

Each of the paintings he’s exhibiting in Venice – in a more personal discourse he deliberately evacuated his famous political paintings, like the portrait of Condoleezza Rice – thus contains an enigma, a particular story that’s outlined in a little booklet to accompany the exhibition.

Tuymans, however, claims viewers have the right to interpret the work for themselves.

He knows how to leave space for the mystery… We might not therefore understand his portrait of a man accompanied by paintings of human body parts. They were taken from a medical book on diagnostics

The Palazzo atrium is occupied by a very large mosaic measuring 960cm x 960cm which recreates an old painting in which fir trees are visible. “You can’t trust appearances,” claims the artist. Because this is in fact a reconstruction of a drawing in several parts made by a prisoner in a Nazi labour camp.

An homage to the necessity of being an artist… which is designed to be trodden on by visitors to the Palazzo Grassi.

Tuymans likes to juggle with paradoxes, or at least to show that they are everywhere.

Watch Luc Tuymans as he responds, in a few seconds, to the evocation of key words in his universe.

Read the report about Tuymans in his studio 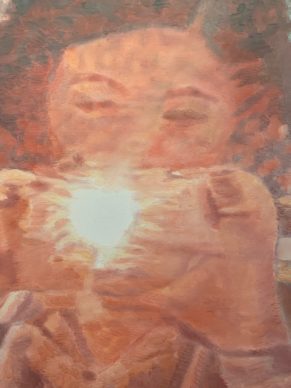 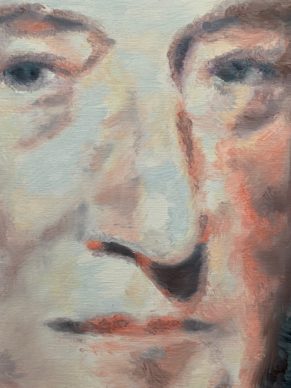 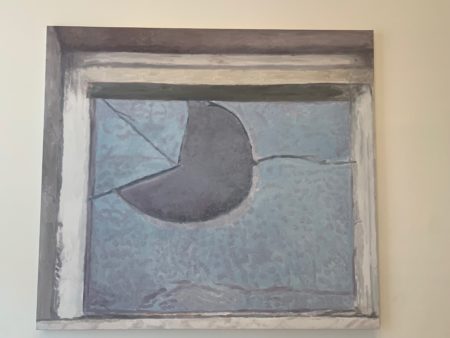 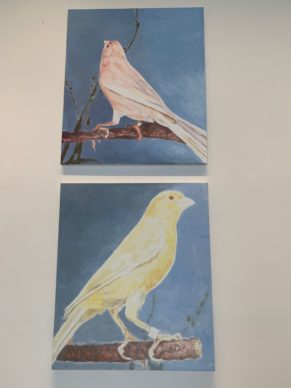 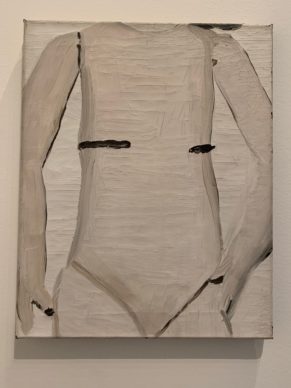 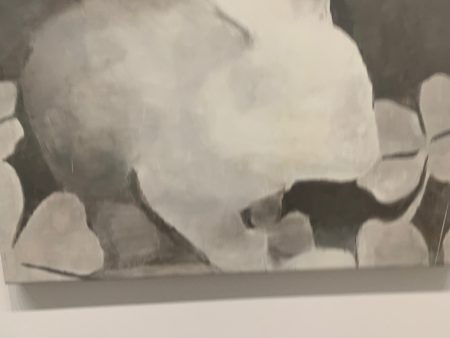 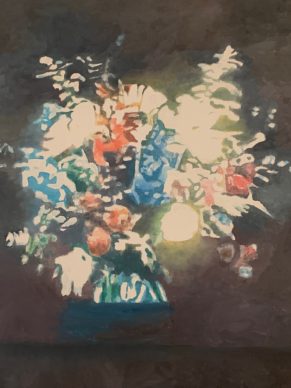 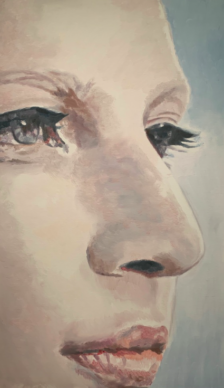