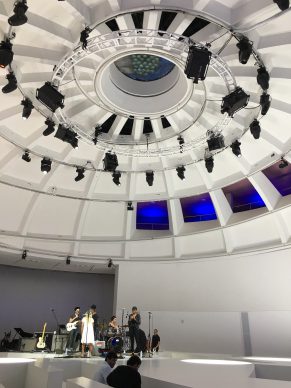 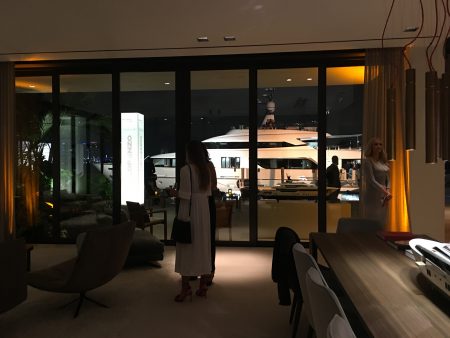 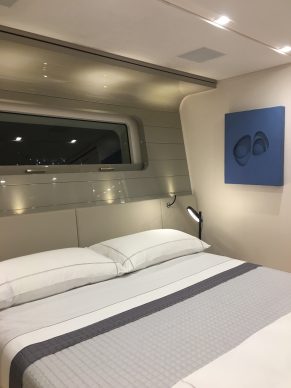 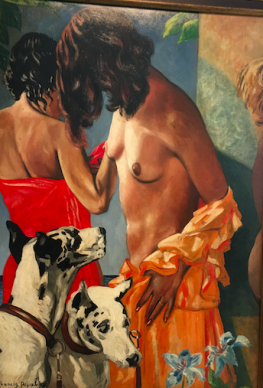 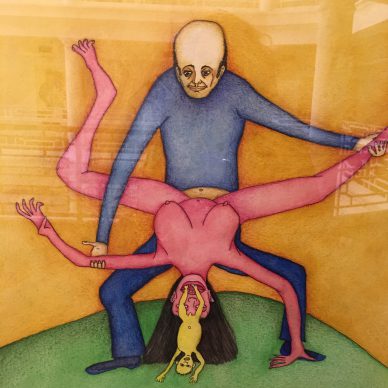 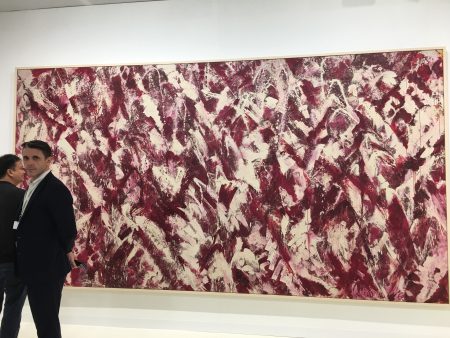 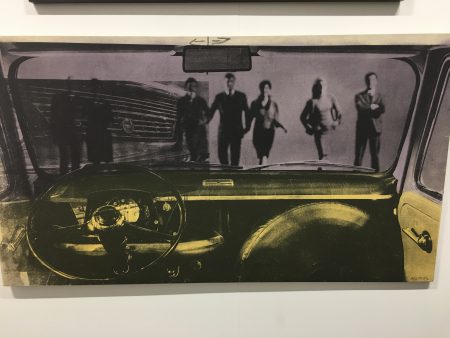 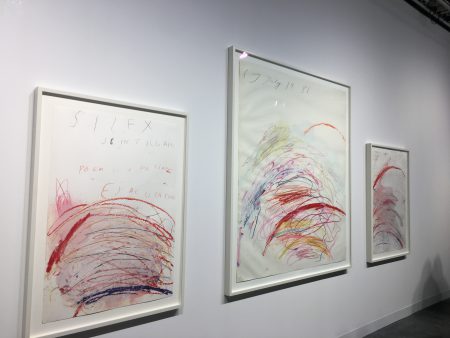 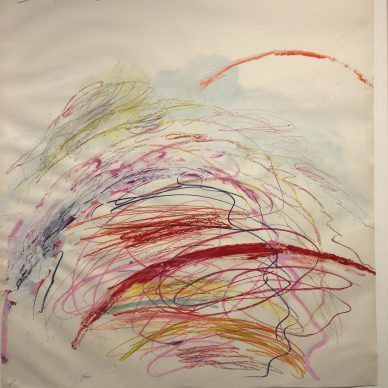 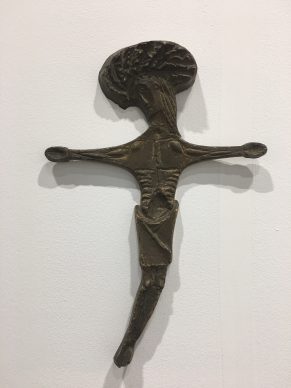 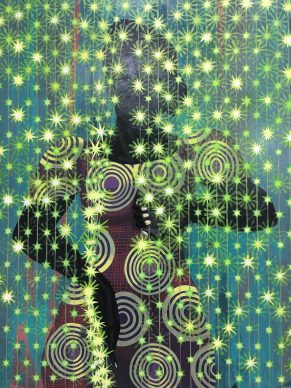 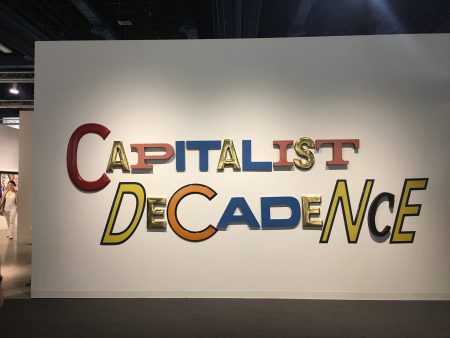 Everyone in Miami, from the taxi drivers to the sales associates in the fashion stores, know all about it.

During the week they call ABMB for Art Basel Miami Beach, this modern and contemporary art fair imported from Switzerland, the entire city undergoes a transformation.

Cultural institutions and major art sponsors from the US have turned this period into an occasion for celebrations and gatherings.

Miami, one of the epicentres of American superficiality, becomes a culture and party capital.

This year the Argentine hotel group Faena is inaugurating a complex of six buildings, the majority of them designed by Rem Koolhaas, and a part of which are being used for shows and performances in an impressive room with moving walls.

Obviously the city’s biggest collectors are preparing specific exhibitions for the occasion which are open to the public.

The Rubell Family Collection, the most professional of all the family museums, has just announced it will be expanding and moving to Allapattah District for 2018.

Martin Margulies is still touchingly offering a personal tours of his collection. This year the show is marked by the strong presence of Jannis Kounellis and Anselm Kiefer.

This is what he had to say about a giant 1979 Donald Judd piece in corten steel to a group of students from Sotheby’s Institute of Art.

The fair’s footprint is also visible, for example, in the Design district where there’s a huge show organised by the Gagosian Gallery and Jeffrey Deitch,  being curated by Diana Picasso, the granddaughter of the modern art superstar. Here she talks about the idea behind the show which has the evocative title ‘Desire’.

Spread across four floors are 52 artists, with their desires and their gratifications, from the Dada painter Francis Picabia to the drawings of the contemporary filmmaker turned myth, Alejandro Jodorowsky, and his wife Pascale.

The masterpiece is a stupendous  3D ode to physical love by Jeff Koons that once belonged to publisher Benedikt Taschen.

Staying in the spirit sun, sea and sex, on Venitian Beach the art dealer Tornabuoni, specialising in Italian work from the ’50s to the ’70s, is exhibiting on a San Lorenzo yacht a series of 28 pieces by names such as Lucio Fontana, Paolo Scheggi, Enrico Castellani. Prices go up to 5 million euros, and it’s proven to be a hit, with sales made from the very first day of the show.

As for ArtBasel Miami Beach, this towering American colossus of the art market with its 269 exhibitors has often suffered from a bad reputation due to the party atmosphere that has clung to it.

In truth, the parties are still here but the overall quality has really improved since the beginning.

The fair’s director Noah Horowitz explains why, in his opinion, this year it is excellent.

I must admit that there are some wonderful surprises.

At Paul Kasmin, for example, the centrepiece is a 4.5-metre-long abstract painting from 1963 by Lee Krasner, the widow of Jackson Pollock whose talent was no doubt overshadowed by the mythology of her husband’s genius.

A must-see at Robilant + Voena is the distinctly pop-flavoured work by Mimmo Rotella who is better known for his ripped posters.

Made in 1966, this print on canvas bears a strong resemblance to the work of English pop artist Richard Hamilton from the same period. Price: 180,000 euros.

On the Karsten Greve stand, what immediately catches your attention is a most unexpected work by Joseph Beuys.

In his early years, the German artist with a deep mystical streak created a unique piece around 1950-51 of a bronze Christ with a primitive appeal, selling for $590,000.

On this stand too, as well as on Vedovi and Hauser & Wirth’s, are works by Cy Twombly that echo the remarkable retrospective organised by the Pompidou Centre in Paris.

The 1981 triptych offered by Hauser & Wirth has a $9 million asking price.

In the category of works that can currently be seen in museums, Jack Shainman is showing a painting by Kerry James Marshall from 2016, which sold for $600,000.

The American artist is presently the subject of an excellent retrospective at the Met Breuer in New York.

David Zwirner has a 2014 painting by the same artist , which was in the process of being bought when I caught up with him.

The german dealer refused to supply a price range for the canvas and concluded, with no attempt to conceal his obsessions, ‘Sold, sold, sold, that’s the only word that counts.’

And seeing as we’re on the subject, how exactly is business at ABMB?

There’s no getting around the fact that the political climate, starting with the United States, is experiencing severe turbulence.

Allan Schwartzman who is co Head of the Global Fine Art division at Sotheby’s, chief curator of Inhotim (the sprawling sculpture park in Brazil) and the director of the famous Rachovsky collection in Dallas observes a dip in the volume of transactions even though he believes that globally the market is holding up well.

During the ABMB private view, a certain number of works had already been snapped up, including a sculpture by Mona Hatoum and a painting by Mike Kelley at  White Cube or a painting by Picabia at Michael Werner.

However, the Zika virus seems to have deterred some regular visitors to the fair.

‘The jetsetters are not there. It’s not a great loss. Buyers from North America and Latin America are present’, commented one dealer.

The other good news is that you do not have to be a billionaire to buy art at ABMB.

The smallest object at the fair and, in my personal opinion, one of the most arresting is a plaster head made by Alberto Giacometti in the ’30s which measures just 2.4 centimetres. There are five unique heads made available by the excellent Surrealist and Dada specialist Francis M. Naumann, who said that he was very satisfied with the fair’s opening.

‘Visitors pass by my stand, go on to the contemporary art dealers, then come back to me because they realise that Man Rays are ten times less expensive than today’s art.’

Fairs are also useful in putting the value of works in perspective. 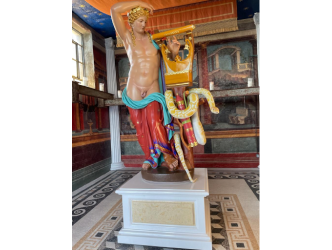