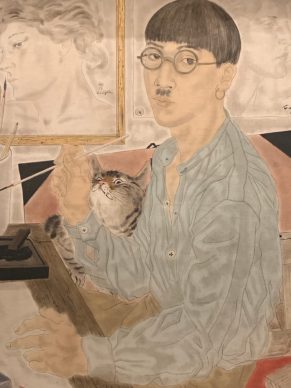 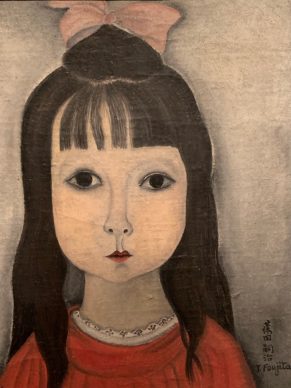 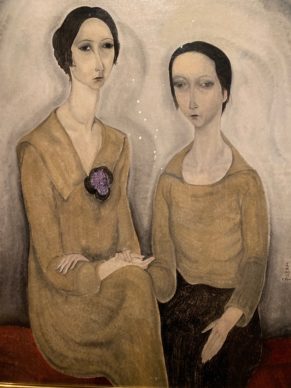 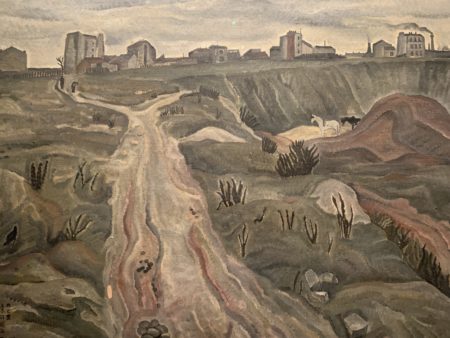 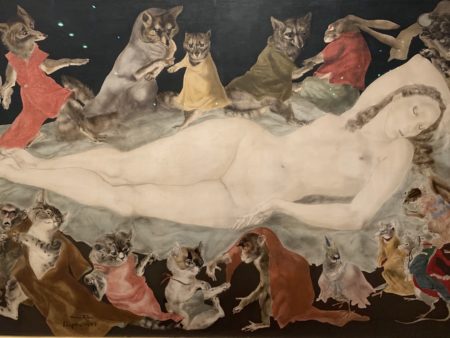 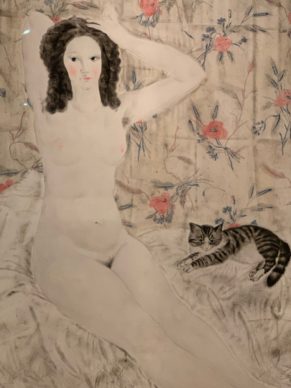 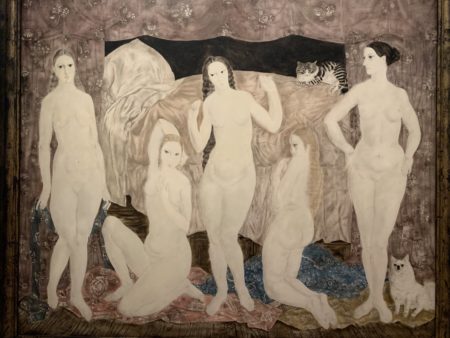 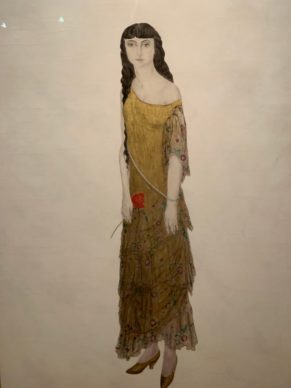 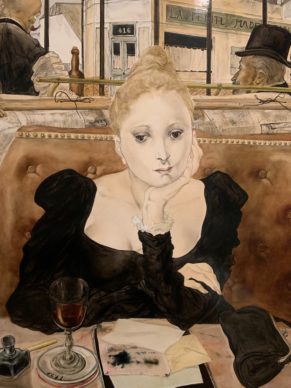 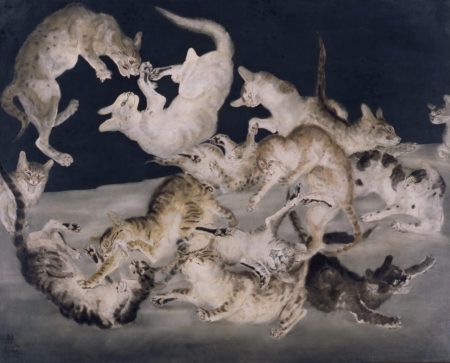 Much has been said about the influence of the Japanese on modern art, from Degas to Van Gogh, to the extent that this phenomenon even has a name: Japanism.

Much less has been said about the influence of modern art on the Japanese.

In this category there is one artist who surpasses all others in terms of his creativity, who settled in Paris in 1913 and integrated himself perfectly within the avant-garde circle of Montparnasse: we are talking about Tsugouharu, otherwise known as Léonard Foujita (1886-1968).

It’s a pictorial shock. 22 of them come from Japan. This show is, incidentally, the concentrated version of a retrospective held in 2018 in Tokyo and Kyoto.

The Japanese show is reflective of a considerable rehabilitation of Foujita in the country of his birth.

The painter, who never returned to Japan after 1949, was accused of collaborationism after the war because he had travelled to the frontline with the Japanese army and made propaganda artworks.

Did he have any choice in the matter? He was officially exonerated in 1947. The exhibition displays two war paintings by the Japanese artist for the first time abroad. «Morts héroïques sur l’ile d’Attu», for instance, represents an apocalyptic vision in a style which seems unfamiliar for him: corpses are piled high in the night, a few swords protruding from the bodies, brandished by the dying soldiers.

These cadavers recall those depicted in Flemish painting in the Middle Ages. His defenders will say that this kind of composition served as a deterrent on the subject of war.

Indeed, Foujita was not lacking in wit. In 1940 he also painted the excellent « Bataille de chats ». This allegory for bellicose mankind shows a ferocious ring of felines baring their teeth.

Yoko Hayashi, co-curator of the exhibition, explains why Foujita is a major artist.

The exhibition highlights two particular tendencies of the painter. The first is that he excelled at painting nudes. In his oil paintings, Tsugouharu features pearly-white, porcelain-like bodies inspired by Japanese prints and combines them with the languid poses of Western painting.

His use of white is also reminiscent of Cezanne, who liked to play with empty spaces on canvas. His women are dreamlike creatures with evanescent bodies, as in « Nu à la toile de Jouy » from 1925. Foujita was then still practising a pared-down art.

See his remarkable landscapes of the desolate outskirts of Paris such as «Les portes de Paris » from 1915.

The latter part of his life was more expressionist.

His compositions could contain a multitude of figures, as in his masterpiece of conversion (the artist, who would christen himself Léonard, became a Catholic in 1959) in which he depicts himself as a penitent kneeling beside a Virgin who seems to be the younger sister of the Virgin and Child from a 15th-century work by Jean Fouquet.

You have to see it to believe it.

At a time when all the galleries are rushing to revalue modern talents, Foujita, with his oeuvre that is both substantial and abundant, could well constitute an excellent market ripe for re-exploration. 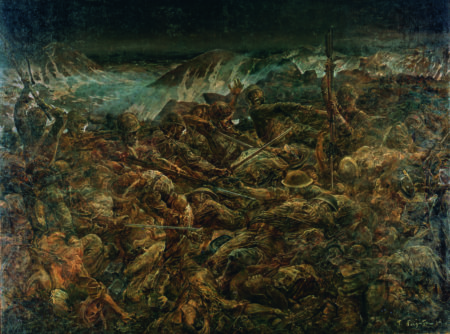 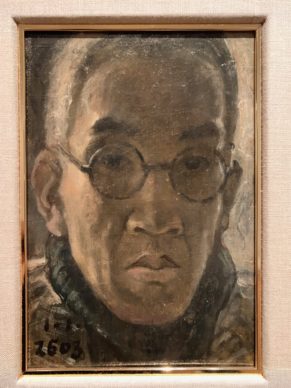 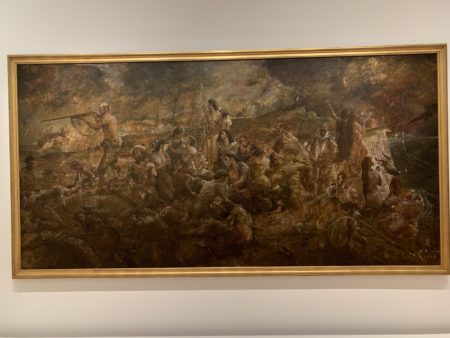 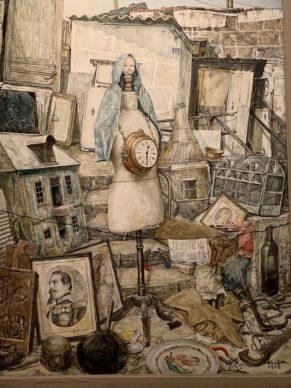 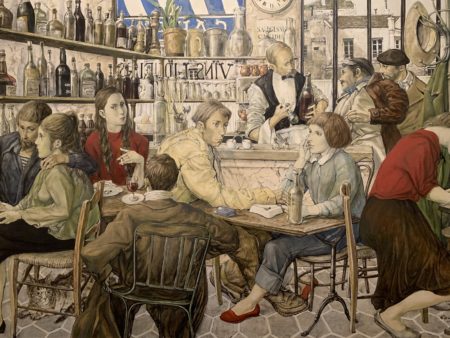 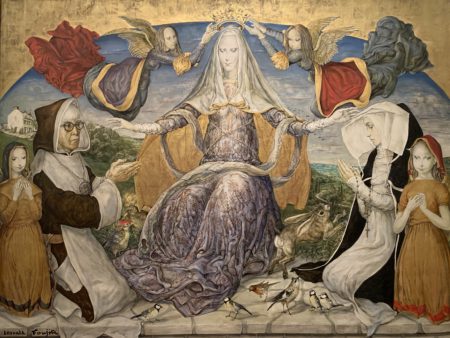