In his introduction to the history of French art, the historian André Chastel writes: “France filters. It receives and it sifts.” The best demonstration of this is one of the most talented Spaniards of the 20th century, who the country caught in its nets, an absolute master of modern painting who spent the majority of his life on French soil: Pablo Picasso (1881-1973). 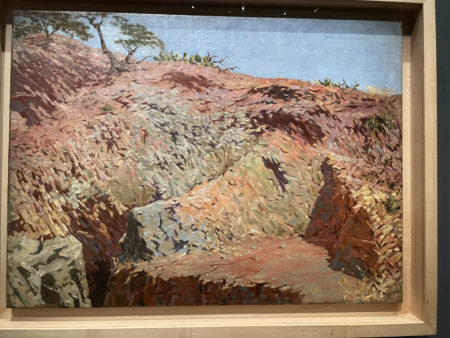 Posterity brought him huge acclaim and the territory can boast no less than two Picasso museums, one of which is a huge site in Paris, the fruit of his estate, as opposed to the single Picasso museum in Barcelona.

And yet the artist never became a French citizen. At the Musée national de l’histoire de  l’immigration (National  Museum of Immigration History) in the luxurious setting of the Palais de la Porte Dorée, the historian Annie Cohen-Solal, who has undertaken extensive research for a book entitled “Un étranger nommé Picasso” (A Foreigner Named Picasso) (1) is also curating an exhibition on the same theme.

All foreign to someone 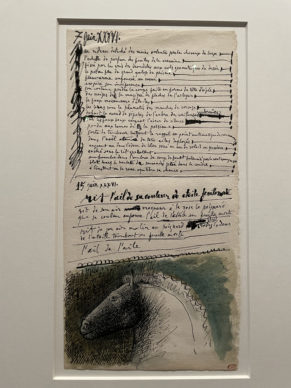 From the institution’s perspective the aim is clear: it’s a story that seeks to prove that, however eminent we may be, we are all foreign to someone. From the visitor’s perspective it is a journey through the life of an artist who was initially badly treated by the French authorities, before becoming a VIP.  The research work involved is accomplished and vast. The exhibition presents a hybrid format and is filled with recordings, films, letters and various documents, but it also contains priceless artworks from all his periods to illustrate his biography. 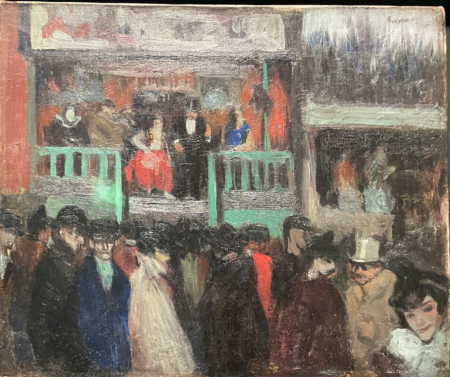 The most exciting part covers his early years. We are astounded to discover his first paintings, which were pretty, classical landscapes, made when he was about 11 years old, and the importance of his mother Maria, from whom he took his surname. She would write him two to four letters every week from 1904 until shortly before her death in 1939. Sixty to a hundred letters a year over thirty-eight years… His mother’s love seems to have been the cornerstone of Picasso’s power. 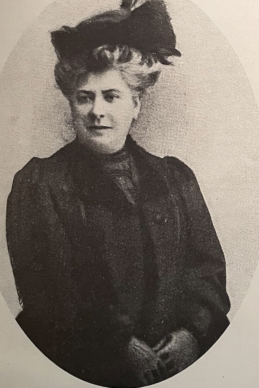 “Maria Picasso y Lopez is revealed to be one of the few constant presences in the artist’s life. Despite the countless moves, the countless meetings, the countless loves, the aesthetic pirouettes, the metamorphoses and multiple lives of Picasso, his own mother implacably assured him of her unwavering affection until the day she died,” explains Annie Cohen-Solal. 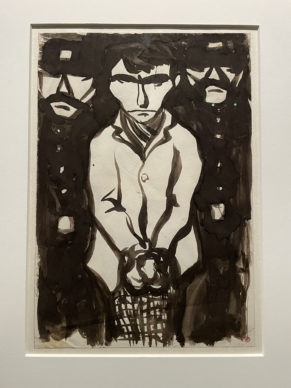 The painter came to Paris for the first time in 1900 and from 1901 he was labelled an “anarchist” based on the statements of his “housekeeper” (concierge in French), among others, but also due to the fact that he painted “seedy” subject matter such as a mother who was ill with syphilis, or beggars… 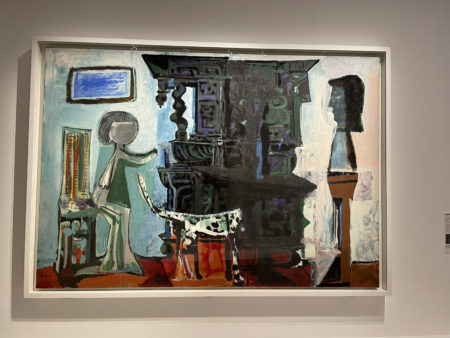 Incidentally in 1940 it was this same file, dug out of the police archives, that would become an obstacle to his naturalisation. The exhibition is also littered with sordid documents recounting the various denunciations, such as in 1921 when the dealer Léonce Rosenberg wrote to an inspector charged with liquidating the paintings of his rival, the German Daniel – Henry Kahnweiler: “I believe it is useful to keep you updated on the new actions of Mr K…”.

A film from the turn of the century shows Picasso’s studio from 1904 to 1909, which has now become famous. The “Bateau Lavoir” back then was a dilapidated building in the slums of Montmartre. “I walked into that room, which Picasso used as a studio,” Kahnweiler would recount later. “No one can ever imagine the poverty, the deplorable misery of those studios in rue Ravignan. The wallpaper hung in tatters from the unplastered walls. There was dust on the drawings and rolled-up canvases on the caved-in couch (…) It was unspeakable. It was squalor.” 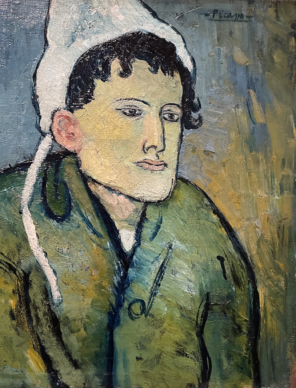 Picasso based himself permanently in Paris in 1904 and went on to cruise through his multiple identities. He spoke three languages: the Andalusian Spanish of Malaga, the Catalan of Barcelona, and French, which he learned through contact with his friends who were the great poets of the time: Max Jacob, Guillaume Apollinaire, Paul Eluard… 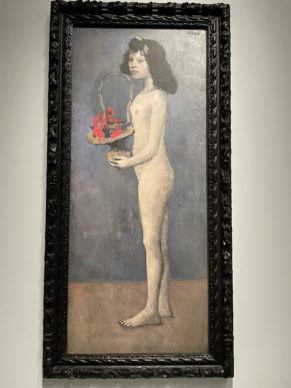 The exhibition also presents the chance to re-examine his oeuvre through a political lens. When he painted “Fillette à la corbeille fleurie” in 1905 in shades of blue and pink, the painting of a young girl with a particularly juvenile body but with a face that was already worn, he was on the side of the impoverished and child prostitution (See here the report about the Rockefeller collection and the interview of the director of the Moma, Glenn Lowry, about the painting) .

As a footnote, we might add that the work was sold for 115 million dollars by the dealer David Nahmad in May 2018 (See here the interview of David Nahmad about this purchase). 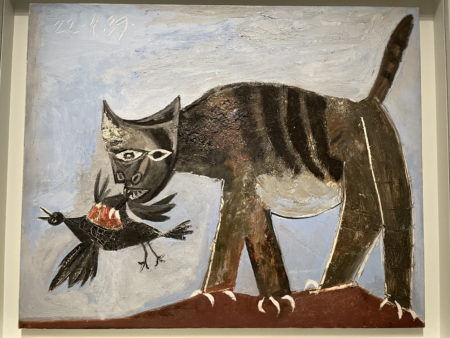 We can also cite, in another register, “Chat saisissant un oiseau” which depicts a feline with claws out, painted on 22 April 1939. On that date Prague had just fallen into the hands of Hitler and Madrid had fallen to Franco. 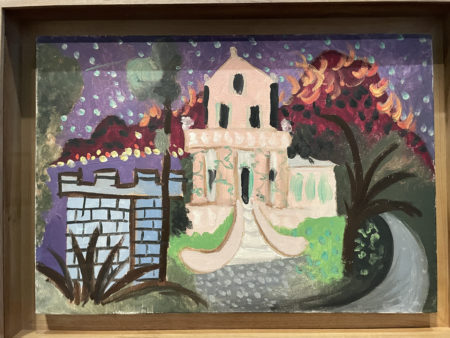 In 1948, after a noteworthy donation of 10 paintings to museums in France, Picasso obtained – without discussion – the status of “privileged resident”. The whole world then envied France for its genius “immigrant”.

In 1966 André Malraux staged three exhibitions simultaneously in Paris, in homage to Picasso. The artist didn’t attend. The culture minister also proposed to award him the rank of Chevalier of the Légion d’honneur.

The artist refused this ultimate honour from the French Republic with a curt reply in the form of a snub: “The Légion d’honneur is for writers without publishers, for painters without buyers.”