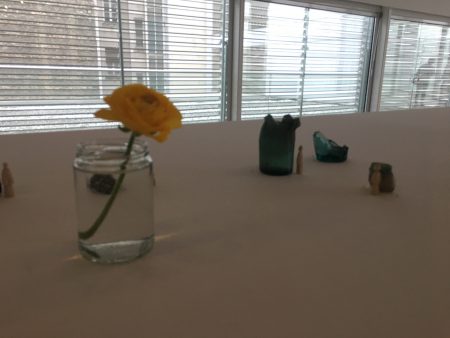 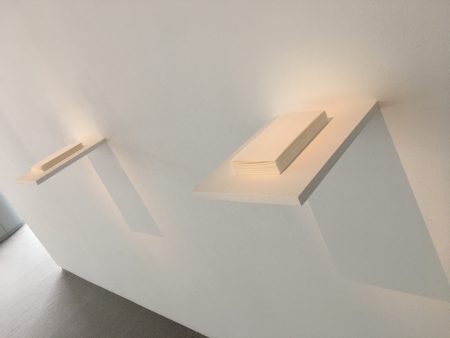 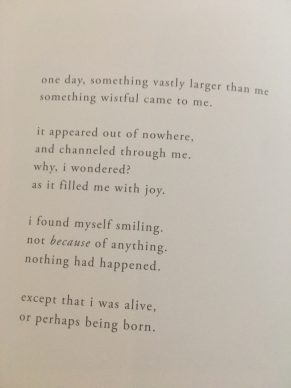 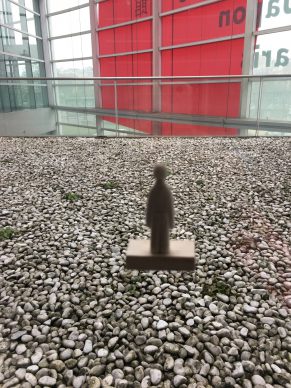 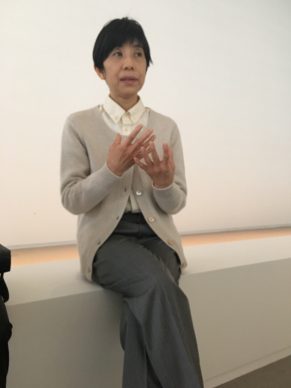 Anyone who has visited Naoshima and Teshima, the art islands in the Seto Inland Sea in Japan  which have been transformed by the visionary businessman Soichiro Fukutake into spaces that marry beauty and nature, will probably never get over the experience.

Teshima especially, for it’s home to an immense space that radiates simplicity and emotion, a secular yet mystical temple designed by architect Ryue Nishizawa of the Japanese collective SANAA.

This almost subterranean building – or is it a monumental white shell? – is 60 metres in diameter and is held up without the aid of pillars.

Inside is an almost imperceptible yet infinitely poetic work by Rei Naito.

Naito is someone who is highly reserved, and her work is shown infrequently (her galleries are Koyanagi in Tokyo and Look Berlin).

Born in 1961 in Hiroshima, she creates pieces that are a world away from the media-hyped din of contemporary art and the bling bling of the market.

She works with next to nothing, emptiness, absence, contemplation.

At Teshima, for example, she noticed how drops of water appeared on the surface of the floor.

Her work is precisely this: coaxing drops of water from the earth, which trickle, flow and dance in the otherwise empty, moonlike space of the Nishizawa-designed building.

In Naoshima she also ‘simply’ raised the walls of a traditional Japanese house in such a way that the light passes through a narrow slot at the base of the edifice. It’s a work sits somewhere between James Turell and Michael Heizer. But it’s Rei Naito.

All Japanese artists, and undoubtedly others too, have been marked by the nuclear explosion of 6 August 1945, a date that the Japanese state has since declared the Peace day.

At the Maison du Japon in Paris, Naito has created an installation dealing with Hiroshima.

One imagines that the earthquake in 2011 and the catastrophe at Fukushima awoke something sleeping inside Rei Naito.

‘It was such a huge and important subject that I didn’t dare touch it,’ she explains.  On entering the exhibition, one is immediately reminded of the sublime Alain Resnais film ‘Hiroshima Mon Amour’ with a screenplay by the great French writer Marguerite Duras.

Indeed, at the Rei Naito exhibition in Paris, there isn’t much to see at first glance.

The first thing you do is remove your shoes.

Then you fall for the space.

Then you fall for the symbolism of the objects.

Rei Naito chooses to create the most discreet of installations to talk about the most violent thing imaginable.

Take a look at the video and be patient: she takes time to reflect before attempting to explain the meaning behind her installation:

She has installed what she describes as a sacred space, demarcated by transparent wires with 60 metallic balls hanging at their extremities.

The wires are reminiscent of the wind chimes you find in Japanese sanctuaries. The spirits ring when humans touch them.

Inside this area are a few small glass vases. Their diameter, says Naito, represents the space between a baby’s feet at the time of birth: life.

A flower nourished by the water in the vase also represents life.

A garland of bulbs illuminates the main installation. According to the exhibition curator (Aomi Okabe, who also kindly provided the translation) it symbolises the rosary beads worn on the wrists of temple-goers.

To Westerners, these bulbs bring to mind those by Felix Gonzalez-Torres.

So too does the poetry printed on a delicate sheets of paper and arranged in piles, for visitors to take home.

Rei Naito insists that there is no connection with the work of Gonzalez-Torres.

Evidently Naito’s subject is impregnated with eastern symbolism, but like in the work of the American artist, we find the desire for love, for sharing, for life.

Finally, the central element of her installation is made up of 16 glass vases that were irradiated in 1945 and belong to the Peace Memorial Museum in Hiroshima.

She explains what these vases mean to her.

Rei Naito also talks about the variations in the light at the space on the Quai Branly.

She has noticed some small wild grass growing on the terrace and placed a miniature human to observe them.

With Rei Naito, time elapses softly and silently at the side of the main thoroughfare that takes you to the Eiffel Tower.

‘You saw nothing in Hiroshima. Nothing.’…

Rei Naito is supposed to begin to produce an onsite work at Mona, the legendary Museum of Old and New Art in Australia.

While writing this post about Rei Naito in connection with the sublime film ‘Hiroshima Mon Amour’, I learned that the  lead actor of that film, Emmanuelle Riva, had just died. This is dedicated to her memory.

Picasso – Giacometti in Paris before Doha: a battle of the giants