Sanyu: the cursed artist in Paris who became the star of the Chinese modern art market 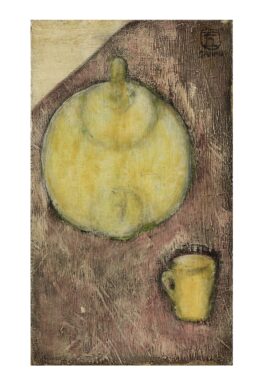 The art world can be very unfair. Imagine a painter with a unique, fascinating style who makes compositions (nudes, animals, flowers, landscapes…) in pared-back and fluid forms, animated by strong contrasting colours, that are reminiscent of the flair of Picasso or Matisse, along with the sinuosity of Brancusi’s sculptures. 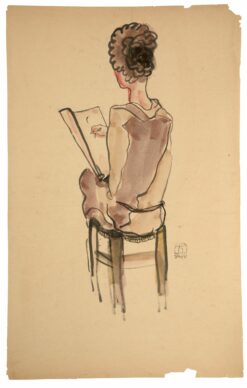 This man died in Paris in 1966 in poverty, unknown and alone. Sanyu was a Chinese artist born in Sichuan in 1901, who arrived in France in 1921 and spent the rest of his life there. It wasn’t until many decades after his death that he received any accolades, thanks to the booming market for Chinese art.

In 2019 Christie’s sold one of his paintings for a record price in Hong Kong, depicting five nude women in his characteristic style, for 35.2 million euros. At the height of the Covid crisis in 2020 another painting from the same year, 1950, this time depicting four reclining nude figures against a dark background, went for 29.4 million euros. 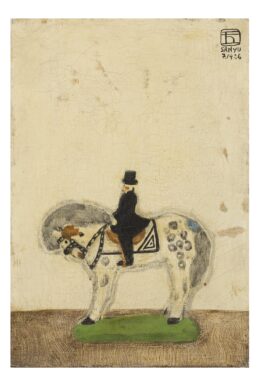 Sanyu is now a blue chip in modern Chinese-French art, similarly to Zao Wou-Ki for contemporary art. Incidentally the Taiwanese Rita Wong, who has worked on the subject for 30 years and is the author of a highly consulted catalogue raisonné on the artist, estimates that the two painters interest the same type of art lover. Their biggest collectors are in Taiwan, followed by mainland China. Even in the 1990s the influential gallerist Alice King was championing Sanyu in Hong Kong. But Paris is the cradle of his creativity.

Director of the Musée Cernuschi

Eric Lefebvre, director of the Musée Cernuschi, is well-versed on the subject: “The unique thing about Sanyu is that he stayed in France while his compatriots all returned to China. He was inhabited by Chinese painting, but he was also in osmosis with the major French movements such as surrealism. His nudes are almost aerial, like balloons.

The poet Xu Zhu Mi said that his female figures had cosmic legs.” The French Natacha Levy was a friend of Sanyu’s in his later years, when he was living at 28 Rue de la Sablière in the 14th arrondissement. “We would often meet in Montparnasse at La Coupole, where he spent his evenings alone with a cup of coffee. We held an exhibition for him, at my home, in 1965. 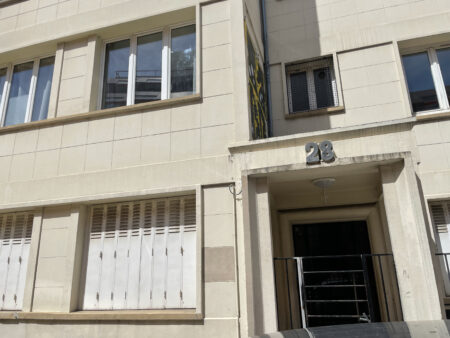 We didn’t know how to promote him. No journalists came. We sold nothing. Just my mother and I bought his paintings for modest sums. A few months later, when we came back from holiday, he had died and certain paintings had disappeared from his studio. We never really knew the cause of his death, although people said it was due to a gas leak.”

According to Rita Wong, Sanyu produced 320 paintings and over 2000 drawings, but the dealers promoting him were rare. During his lifetime only Henri-Pierre Roché (1879-1959), who was friends with Brancusi and Marcel Duchamp, and who was best known for being the author of the novel Jules et Jim, represented him. 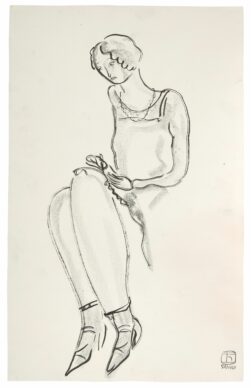 Between 1929 and 1932 he bought 111 of his paintings and 600 drawings. But he sold nothing. In November 1932, tired of supporting the artist, Roché wrote clearly in his journal, “Sanyu goodbye”. 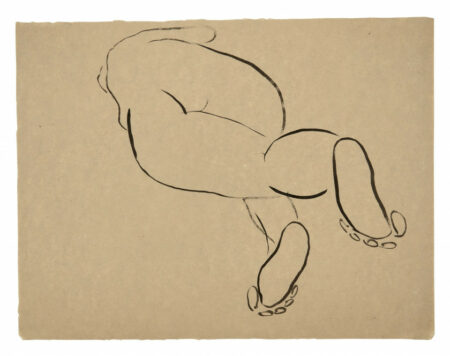 In 1948 Sanyu travelled to New York to promote one of his inventions, a new sporting discipline called ping-tennis, which he vainly hoped would bring a financial return. There he met the photographer Robert Frank (1924-2019) who, also struck by his undeniable talent, staged an exhibition of his work, over the course of which nothing would be bought, except by him.

When Sanyu died, a sale was organized in 1966 at Hôtel Drouot which dispersed what remained of his studio. As for the stock in the possession of Henri-Pierre Roché, after his death his widow sold the ensemble to a Parisian dealer, Jean-Claude Riedel.

On 9 June the auction house Artcurial is presenting 45 drawings which belonged to Jean-Claude Riedel, who died in 2018. Here the pedigree is of paramount importance, because, as the expert in 20th-century Asian art Helen Szaday explains, “there are many fake Sanyus circulating, some of which are particularly well copied. Sometimes in China works are sold without having been listed in the catalogue raisonné.” 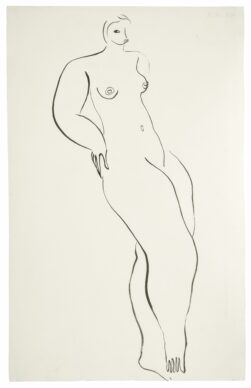 This mass of drawings presented by Artcurial is estimated individually between 12,000 and 35,000 euros, mainly depicting nudes made with a brush in black and white. They are stripped back, solemn, and executed using very few lines. Some have a strong graphic power. They have all been recognized by Rita Wong. 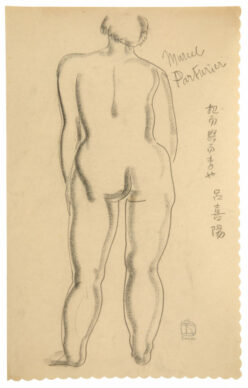 Coincidentally, on 2 June at Neuilly, the auction house Aguttes is also presenting not only nine drawings by the painter (estimated between 18,000 and 30,000 euros) but also two new canvases from his youth, also recognized by Rita Wong. They were part of the “reserves” belonging to Henri-Pierre Roché. Painted in 1926 and 1927, they respectively depict a horse rider in a naïve style (estimate 475,000 euros) and a still life of a teapot placed on a table with on original overhanging perspective (estimate: 175,000 euros).

China, which has been rocked by strict public health policy, may be less present at these auctions, which celebrate, with 54 drawings and two paintings, the talent of this Chinese artist who was  overlooked for too long. 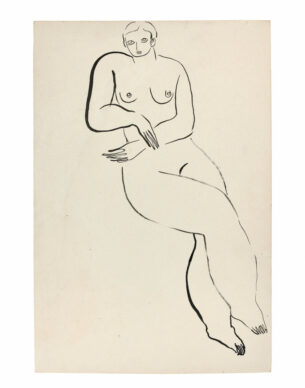 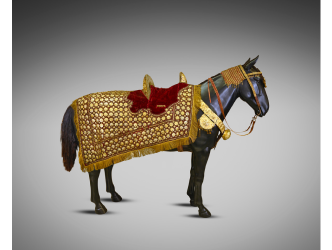