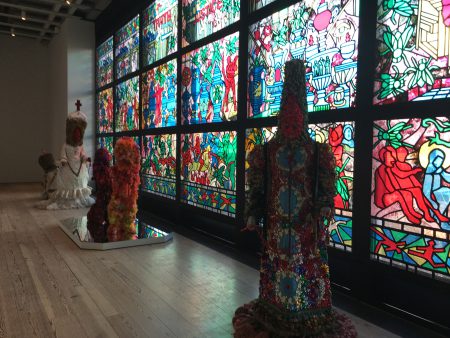 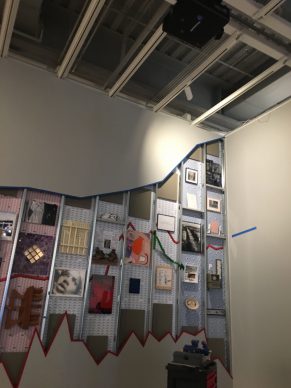 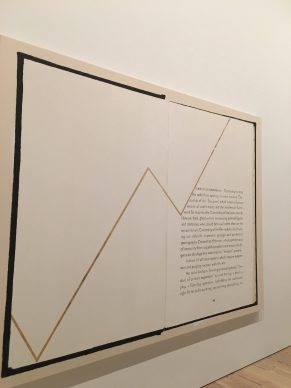 In this age of political upheavals, with possible economic reverberations, the major art market trend is identifying any artists from our recent past that have been unfairly skipped over.

It’s a sensible decision. Their careers are already established and their artist production is fixed, or near enough.

From Alice Neel (1900-1984) to Julian Schnabel (born 1951), from George Segal (born 1924) to George Condo (born 1957), dealers and institutions are rewinding back through history to identify those creative nuggets that have been treated roughly by recent trends.

It explains why the Whitney Museum is currently showing paintings from the ’80s (Fast Forward through May 14).

It explains why Sotheby’s is releasing podcasts on artists from the 2000s.

It also explains why, and the spirit in which I visited New York to see a Whitney Biennial that had still not been completely installed yet.

As New York is the epicentre of the art market and one of the centres of international art production, the event (which dates back to 1932!) is one of the mostly hotly anticipated shows for current art.

I’m unable to tell you if this year’s vintage is a good or a bad one because the Biennal was not completed, but one thing that immediately jumped to my eyes is that the Whitney Biennial 2017 is awash with paintings and, more to the point, figurative paintings.

This year’s event is the biggest Whitney Biennial ever held, taking place for the first time in the museum’s new Meatpacking District premises. The two curators are the Whitney Museum’s Christopher Y Lew and independent curator Mia Locks. The latter is not fond of talking to the camera so it was left to Christopher to explain the spirit of this 2017 Biennial with its 63 artists.

I subsequently sent an email to Christopher asking him to specify the criteria he used to judge which paintings should be included in his show. He has not replied.

Painting is a traditional medium par excellence. How does it chime with the aspiration to show the present and even the future?

The issue of which selection criteria you use seemed crucial to me when one floor above at the Whitney ( see Fast Forward), there was a demonstration of the failings in our recent look and its forgetful nature in relation to artists such as Julian Wachtel (born 1956) and David Salle (born 1952).

Much is always expected from a Biennial such as this.

A piece in The New York Times by Jason Farago on 8 March affirmed, ‘The biennial will always be a show people like to fight about.’
It’s almost expected that this New York biennial makes some grand statement, a panorama on the State of Art, in this case American art (remember that the Whitney Museum’s specific remit is American art and artists living in America).

I found no answer to the question in the exhibition catalogue.

The painters included at the Whitney Biennial by the two curators belong to a wide selection of styles, some driven by political and social concerns, others not, some by a taste for painting, others less so.

The way to respond to the question of whether there’s a formula for selecting painters from this beginning of the 21st century’ is ‘There is no response.’

But how do you approach painting after Picasso, Matisse, Picabia, Rauschenberg, Polke, Twombly, or even Sol Lewitt?

You could reply: How do you approach writing after Marcel Proust and James Joyce?

Why do we always insist on cultivating geniuses?
Having said that, I did not see any painting geniuses at the Whitney Biennale. That is patently not the objective of the two curators:

‘Many of the participating artists are asking probing questions about the self and the social, and where these intersect.’

Let me illustrate this with a few artists, as described in the catalogue.

–Frances Stark (born 1967 in Newport Beach CA, lives in Los Angeles) ‘Language – our experience of it (…) has long been  at the center of Frances Stark’s work.’

– Joe Baer(born 1929 in Seattle, lives in Amsterdam). “I don’t know how to describe myself except I’m a painter.’

– Shara Hughes (born 1981 in Atlanta, lives in Brooklyn) ‘Rooted in memory and affect [her paintings] manifest as psychic collages, wild transmutations of the physical world.’

By way of conclusion, allow me to observe that the other day I heard a dealer in a New York diner saying that a certain artist was today’s Jean-Michel Basquiat.

I also recently read in a magazine that a young Californian artist was the Monet of the 21st century.

But neither Basquiat nor Monet were ever the Durers or the Rembrandts of their day. They were themselves.

Let’s stop looking for references where they don’t exist.

And let’s keep on thinking about what is a good painting today.