“When attitudes become forms.” In 1969 the great exhibition curator Harald Szeemann (1933-2005) came up with this expression as a title for an exhibition on the actions of artists, their performances. Since then, this title and the exhibition itself have become one of the major references in the history of contemporary art. 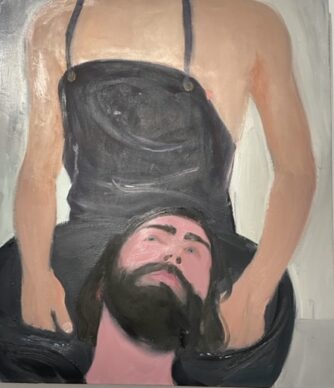 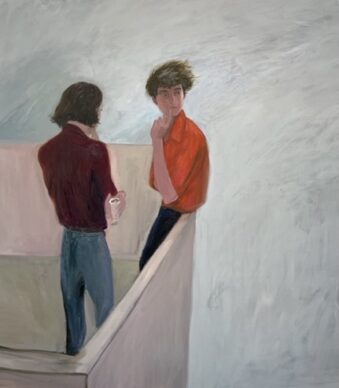 In the 21st century, this idea of attitudes that become forms could be being taken up again in a new way by a young woman who is a very talented painter and is currently the subject of an exhibition at the experimental site for art at the Galeries Lafayette in Paris, Lafayette Anticipations. In the beautiful building designed by Rem Koolhaas, right in the centre of the Marais, there are around thirty paintings by Xinyi Cheng on display. 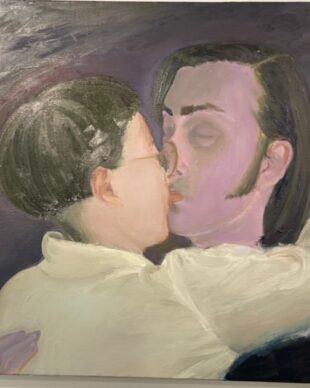 She was born in Wuhan in China in 1989. She studied art there before moving to the United States and Holland until she arrived in Paris in 2017, where she has lived ever since. Her figurative paintings almost all have one thing in common: they depict attitudes. 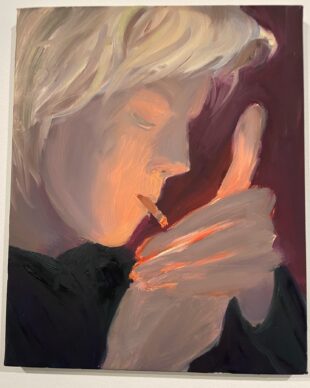 When attitudes become colours… Her canvases are populated with young people painted with simplified features just going about their daily lives, which Xinyi depicts with relish: they smoke, kiss, go to the hairdressers, and daydream a lot… What she captures first and foremost is a body in space against a plain background. 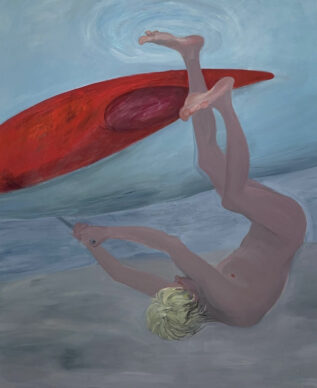 And then there are the colours which she works by contrast with great power. The most accomplished works are therefore simultaneously simple, yet they have a rare expressive force. The young Chinese artist continues to be fascinated by daily life in Paris where she admits she doesn’t always understand what’s being said. 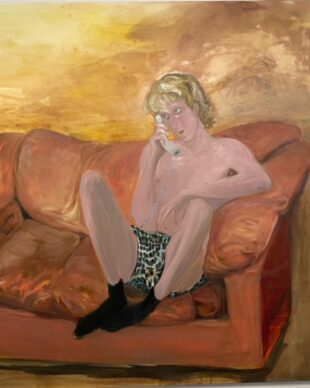 She seems to represent a “new wave”, like in French cinema of the 1960s, but one that’s in keeping with our times: slender men seducing one another in freeze frames doing nothing apart from expressing daily life. 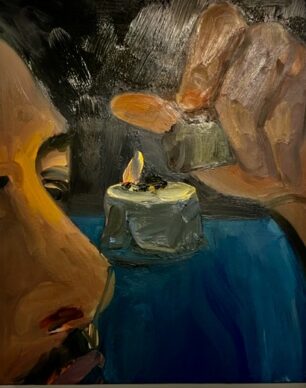 That said, Xinyi is steeped in art history. She reveals she spends a lot of time at the Louvre. She goes frequently to see Watteau’s Pierrot, or Chardin’s still lifes.

All of her paintings originate from photos she takes on her phone or which she finds elsewhere.At her studio in Belleville, in a former boutique, Xinyi is placid and rather quiet (see the report at her studio). “Most of the time I’m just sitting like this. I look at the painting until I have a moment of clarity.”

The curator of the exhibition Christina Li notes that Xinyi is seeking to paint intimacy: “See, more recently she’s also been painting animals and humanising them.” A horse wearing a red hat, a dog next to a bone larger than itself, or elegantly swimming greyhounds. 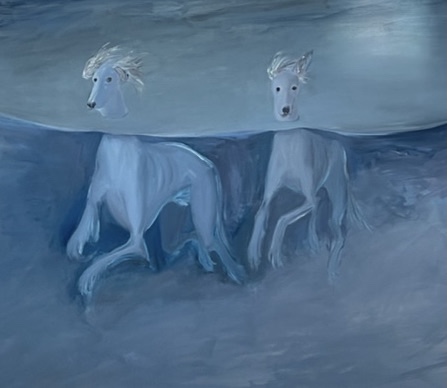 This bond with animals emerged during covid when human contact was put on hold. The attitudes of these new friends of Xinyi lend her genre scenes another kind of charm. 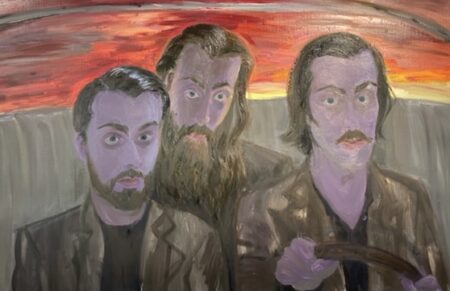 Xinyi Cheng. Seen Through Others. 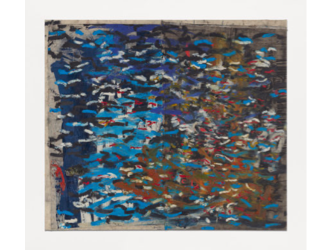 Oscar Murillo: The artist whose paintings allow him to infiltrate the world