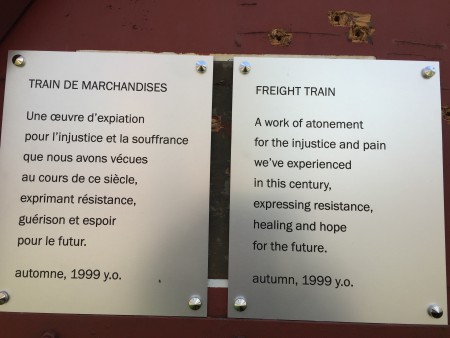 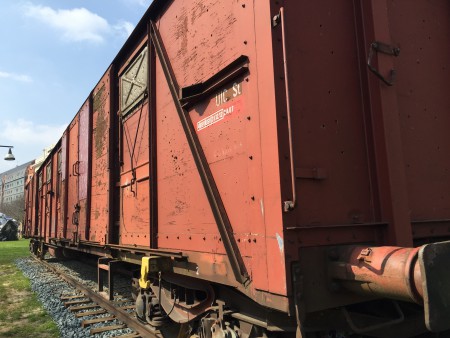 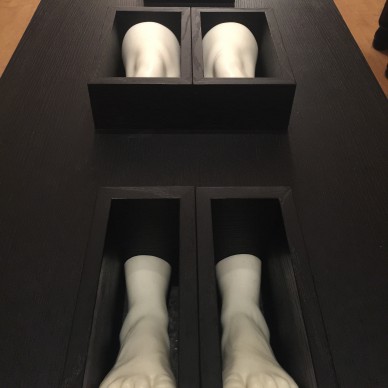 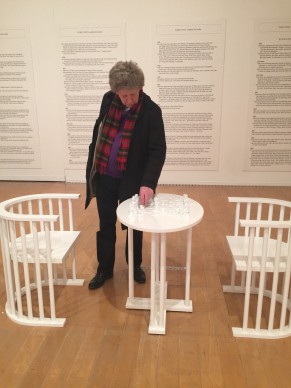 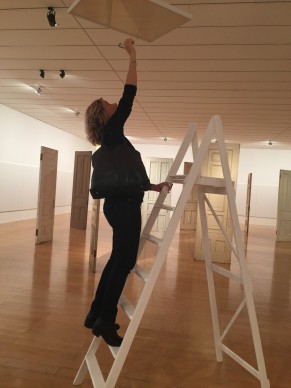 She’s best known as the wife of John Lennon – one of the icons of 20th century pop music – and a fortiori as the heiress of his legendary group The Beatles.

However, ladies and gentlemen, now Yoko Ono finds herself the subject of an exhibition at the Museum of Contemporary Art in Lyon. For you may not know it but this Japanese artist born in 1933 was one of the key figures of Fluxus, a 1960s avant-garde art movement.

Thierry Raspail, the museum’s director, must be congratulated for pulling off a show with international pretensions in Lyon.

Yoko Ono’s previous exhibition was held in 2015 at MoMa, New York and was on a smaller scale since it limited itself to her 1960-1971 period.

Lyon has bigger ambitions and Yoko occupies all three floors of the Renzo Piano-designed building.

She deserves credit for one thing: some of her pieces are created predominantly in the spirit of Duchamp and the Dada artists but attuned to contemporary  society. It’s true, Yoko Ono has made a great many adventurous and visionary things, but throughout the exhibition she has a way of testing the viewer’s patience through her tendency for demagoguery and authoritarian methods. For everything functions here by giving what she calls “instructions”.

The entire museum is filled with actions you’re supposed to follow to enter into the spirit of the Japanese artist. It’s one massive participatory free for all. ‘She’s criticising authority by using its levers,’ says Thierry Raspail, in her defense. Almost everything here is action and concept, and the public gamely plays along. There are tables and chairs with chessboards where both sides are the same color. The moral here? Peace and love.

There are her ladders installed here to help you symbolically climb to the sky or to read a message written in miniscule letters on the ceiling. There is a glass wall that you view from one side and from the other, marked in the centre by the impact of a bullet. It’s a piece which recalls Marcel Duchamp’s historic The Large Glass but also John Lennon’s assassination. Incidentally Yoko Ono still lives in the famous Dakota Building in New York where Lennon was killed. Death preoccupies the artist, as does hope. One of the most arresting pieces, from 1999, is a huge space filled with a hundred or so wooden coffins from which trees sprout up.

The squawking of birds can be heard everywhere. Let’s remain optimistic, it seems to say. Just like the wagon stationed in front of the museum, which is a replica of the 1944 models used during the Holocaust. It’s riddled with bullets yet music emanates from it. Yoko Ono leads the dance. A plaque states: ‘A work of atonement for the injustice and pain we’ve experienced in this century, expressing resistance, healing and hope for the future.’ It’s a message that resonates powerfully in these tormented times. 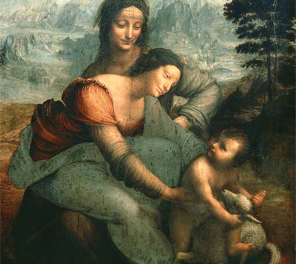 Leonardo da Vinci at the Louvre: an exceptional exhibition about the idea of the perfect painting