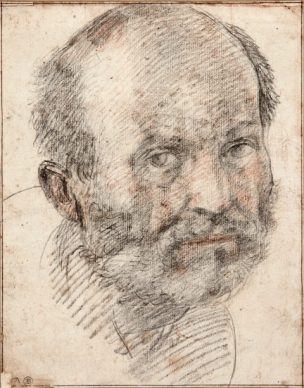 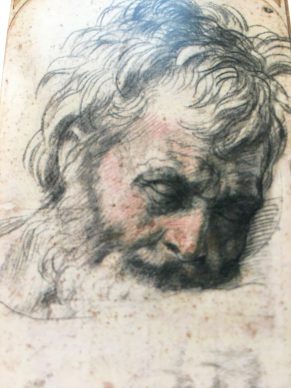 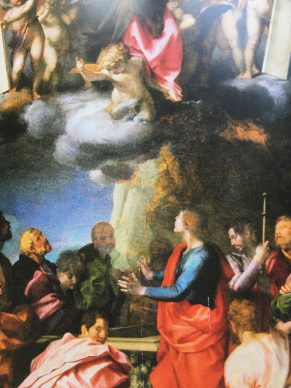 There is a unique sensation one feels at sight of a rare few old master drawings, to be found more often than not in museums. It is a beguiling emotion born from the impression you have of a life pulsating behind those drawn faces. They’re by Leonardo da Vinci, or later also by  Jean-Auguste-Dominique Ingres. I recently experienced exactly the same frisson while observing a drawing going on sale in Pau ( South West of France)  on 17 December.

It carries a 500,000 euro estimate, however the final price could be at least four times higher.

The work was discovered in an apartment in Paris among a group of anodyne drawings that the Pau auctioneer  (Gestas& Carrère) was inventorying.

It is a drawing in black chalk and sanguine by Andrea del Sarto (1486-1530), one of the brightest lights of the Italian Renaissance in Florence at the beginning of the 16th century.

Like Raffaello and Michelangelo, he had the honour of being listed in dictionaries of painting by his first name rather than by his surname.

These days he’s remembered less than some of his illustrious contemporaries but Andrea was a star painter in his time, firmly in the category of Italian Renaissance classics.

He is renowned for the power of his large format works.

He was able to lend theatricality to his group scenes.

It goes without saying that he excelled, like all the artists on his level in Florence, in drawing which was  considered a major discipline, the basis of everything else. He worked for the region’s powerful families and his renown was such that the king Francis I brought him to France in 1518 where he produced one sole painting, Charity, today in the Louvre.

Historians talk about his portraits as displaying an ‘anxious sensitivity’. It is exactly this that we find in the portrait of the man being auctioned in Pau.

For almost 400 years there was no trace of this sketch. All there was was the knowledge of a late copy of the portrait belonging to the queen of England.

The expert for the sale, Louis de Bayser from the reknown old master drawings specialist family firm de Bayser, however, notes that the face can be found on three separate occasions in paintings today in museums in Florence and New York. His brother Augustin explains why he has no reservations about the authenticity of the drawing.

It is extremely rare to find works by Andrea del Sarto at auction. According to Artprice, since the late ’80s only five drawings by the Florentine master have gone under the hammer. In 2005 in London a drawing depicting St. Joseph was sold for the record price of 9.6 million euros. In the opinion of several specialists, the work on sale at Pau is no less remarkable.

Nevertheless, the face of the man could be a self-portrait by Andrea. But as is so often the case in the domain of old master drawings, when it comes to the subject matter, there are other experts who beg to differ.