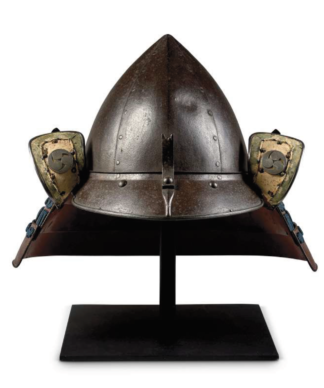 The end of the operating rules

Nothing in the art market works as it used to. The great operating rules which once governed it have all been thrown into disarray by the Covid-19 crisis.

Competition between dealers and auction houses

The art dealers, gallerists and antiquarians have always been seen to be in competition with the auction houses, dividing up the same piece of the pie between them using different methods. The former group, who were located in specific places, would come together occasionally at fairs and display their works for fixed prices. Potential clients could of course obtain a small discount, but it would be modest on principle.

As for the auctioneers and other auction houses, with Sotheby’s and Christie’s globally leading the pack, they can boast an extensive index of collectors which allows them to display an estimate price that is often relatively low, designed to attract potential buyers. If this strategy works well, the law of supply and demand means that values are pushed up, and the prices can even verge on astronomical. 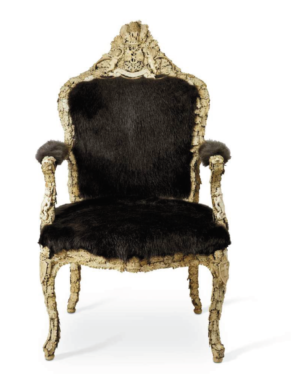 Yet today, all over the globe, travel restrictions are resulting in the cancellation of non-local fairs until the beginning of 2021, as has been the case for the Fiac in Paris due to take place in October.

It was within this context that this spring Sotheby’s, for instance, created the “Sotheby’s Gallery Network”, a hosting platform for artworks from contemporary modern art galleries sold through private transactions. Sotheby’s receives a percentage of the transaction fees (See the report about the new stategy of Sotheby’s and here the interview of his CEO).

This time it is the turn of Christie’s, who are staging an online auction from 24 September to 8 October for the Biennale Paris antiques fair.

For some time the show has taken place in the nave of the Grand Palais in early September, and for many years it has been distinctly lacking in quality, overtaken by the Tefaf in Maastricht among others. However, for the past few months it has been run by the Old Masters dealer based in Geneva, Georges de Jonckheere, who is trying to give it a new lease of life.

He reveals how he got in contact with the head of Christie’s, Guillaume Cerutti, during lockdown. “I spoke in a way that I wouldn’t have done two or three years ago. I proposed a collaboration between our two structures. The auction houses have firepower that we, the antiques dealers, do not. We’re talking about an index of 300,000 clients. Furthermore, it is thought that around 50% of buyers look at the works they are purchasing solely online. Christie’s is a French company and they know the importance of the Biennale for the situation in Paris.”

From this discussion between Christie’s and the president of the Biennale Paris a hybrid formula emerged: 91 works ranging from antiques to current art are being presented, mainly by French dealers, and can be viewed “in the flesh” in the relevant galleries around the city.

42 dealers have decided to play the game, which is barely half the usual number of participants. Because the main problem with the operation for the dealer-sellers is that it involves accepting estimates that are far lower than the prices they would normally charge on their own premises.

Pierre Etienne, one of the experts at Christie’s who has coordinated the operation, explains: “We have had a very short space of time to put this sale in place, since the end of May. The problem lay in finding event-worthy objects suitable for a public sale that is now no longer at a site like the Grand Palais.

The estimated price has been the stumbling block for the participation of certain professionals. There have been instances where they have requested an estimate two times higher than the price we announced. In these cases we have had to take down the pieces. This also explains why the participation in the sale is limited to 42 dealers.”

Pierre Etienne highlights the interest of various lots, such as a painting by Marguerite Gérard (1761-1837) depicting a genre scene of a father and daughter in an opulent living room. Presented by the Alexis Bordes gallery, it is estimated at 250,000 euros. In the current wave of rediscovery of female painters, the sister-in-law and pupil of Fragonard is beginning to achieve some degree of recognition.

Acquired by the Louvre

In December 2019 at Sotheby’s in Paris, the Louvre acquired “L’élève intéressante” (The Interesting Student), the first painting by her to join the museum’s collections. “Marguerite Gérard, who was for a long time overshadowed by Fragonard, is part of the zeitgeist and her catalogue raisonné written by Carole Blumenfeld has helped her burgeoning market.” 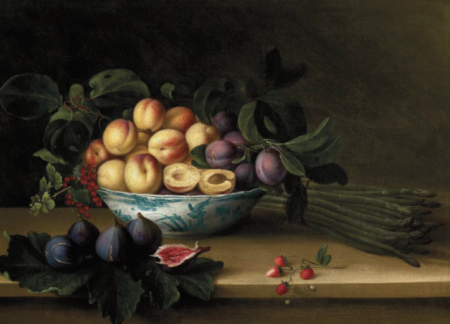 In the same spirit, the Christie’s expert also cites a still life by Louyse Moillon (1610-1696). She is considered to be the great forerunner of the still life in French art. A still life with asparagus is presented by Eric Coatalem with an estimate of 180,000 euros. 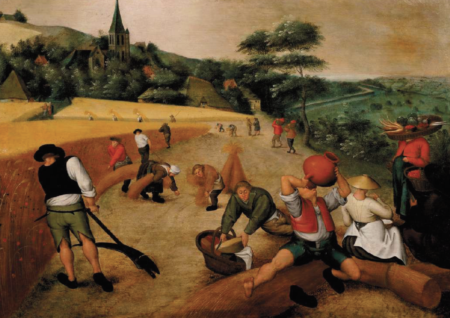 “I simply accepted the estimate that was proposed to me,” says Georges de Jonckheere, citing a painting by Pieter Bruegel the Younger (1564-1638) depicting the wheat harvest which is estimated at 400,000 euros. He observes: “After slowing down over a dozen years, after two years the Old Masters market is in motion again with new buyers from China and Latin America who are particularly active at auction.” 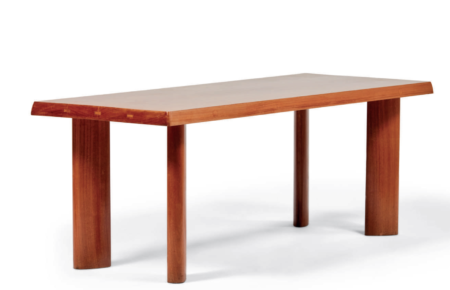 François Laffanour, owner of Galerie Downtown and specialist in architectural furniture by Jean Prouvé and Charlotte Perriand, applauds this online operation, which has a strong international visibility. “We must recognize that we are dependent on the auction houses. During lockdown, in my field, certain pieces have seen their prices multiply two or three times at auction. In previous crises such as in 1990 I noted that the prices in the field of design generally remain stable.” As part of the Christie’s catalogue he is presenting, among others, a large ash table by Charlotte Perriand from 1972, estimated at 40,000 euros. Perriand was the subject of a large-scale exhibition at the Fondation Vuitton up until February 2020. This current museum interest hasn’t failed to add value.

At the Biennale Paris hosted by Christie’s the average estimate is 80,000 euros, a sum that is noticeably lower than those usually displayed at the Grand Palais.

Luc Tuymans: a masterful exhibition at the Palazzo Grassi in Venice.