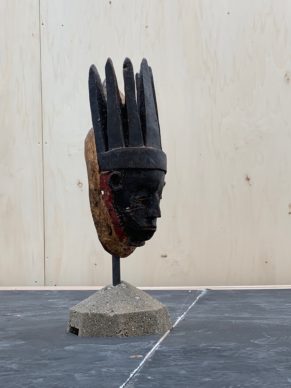 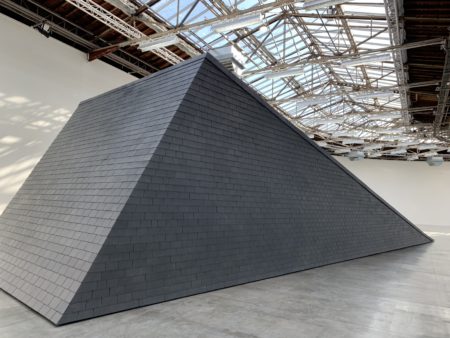 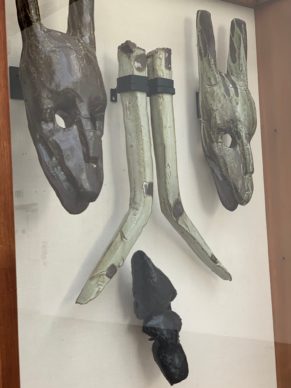 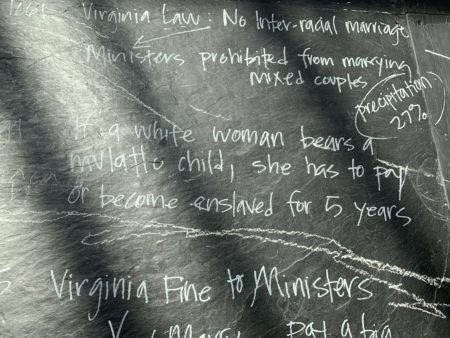 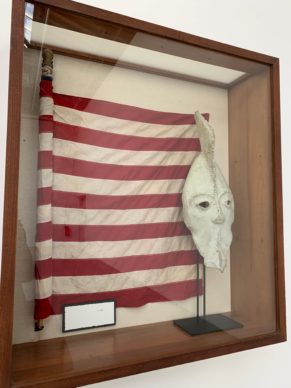 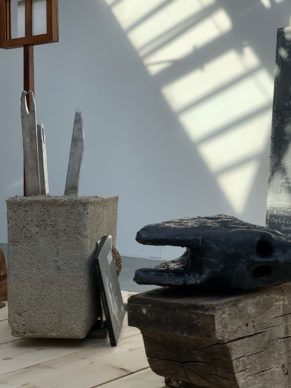 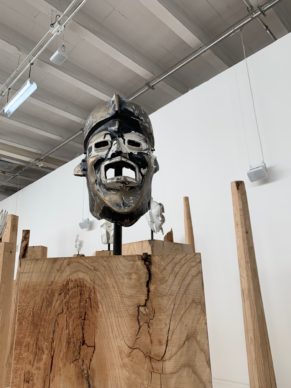 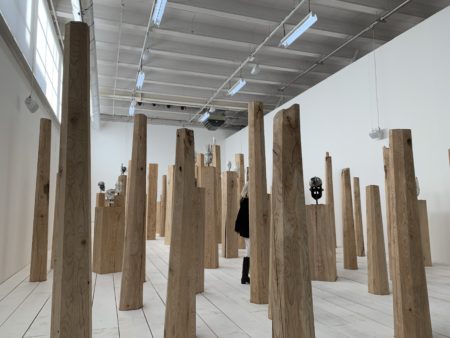 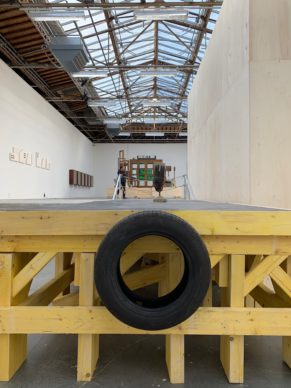 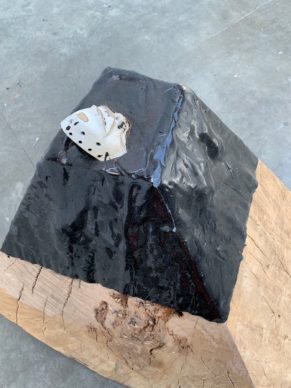 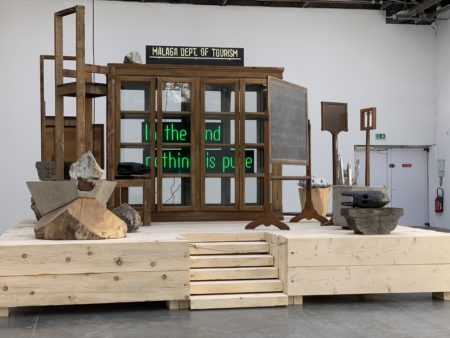 To understand Theaster Gates (born in 1973) you must first have the opportunity to see him in public. He’s charged with electricity, volcanic.

A star in Chicago

A compact form propelling itself through space. The Chicago-based artist, the ninth child in a family otherwise made up of 8 daughters, is a star. He’s always been a star in the eyes of his older sisters, that goes without saying. He’s a star in his native Chicago, where he’s pursued various phenomenal urban projects through the Rebuild Foundation, which he created. The mayor of Chicago, Rahm Emanuel, talks about it with great emotion.

A star in Europe

He’s a star in Europe, having recently been the subject of an exhibition in Basel at the Kunstmuseum, in Milan at the Prada Foundation, now in Paris at the Palais de Tokyo and  since 25 April at the Gropius Bau in Berlin. He also has an upcoming project at the Serpentine Gallery.

But he’s not yet a star in New York, where he nevertheless took part in the Whitney Biennial in 2010 while awaiting an exhibition with Gagosian.

His first major exhibition in US will be on view at the Walker in Minneapolis from 7 September 2019 until 12 January 2020.

The interesting thing about this artist is that his intelligence always leads him towards unexpected, never orthodox, aesthetic or social responses. As a black man he champions his community’s history and future with magnificent rigour, but his band known as The Black Monks (he performs onstage with them at every exhibition to “explore black sound”) is not exclusively made up of black musicians and none of them, to my knowledge, are actually monks.

His exhibition at the Palais de Tokyo, on display until 15 June, looks at this theme.

He’s created a kind of museum-mausoleum, which could have been inspired by both Marcel Broodthaers and Joseph Beuys, filled with imaginary remnants and relics to celebrate the memory of an island in Maine that shared its name with the Spanish city of Malaga, and which had a miraculous and little-known microclimate.

The exhibition is entitled “Amalgam” in reference to the various kinds of mixing that took place there. “The island was an amalgam itself, filled with trees from other places, micro-climates, and people who represented the unrepresentable. The island in this sense may have been post-modern in the late 1800s.”

At a time when racial mixing was absolutely prohibited, Malaga welcomed it. On the orders of the state governor of Maine, the island was destroyed in 1912.

This is Theaster Gates’s 21st-century response: “I want to build a house of love and remember that light or dark, the rhapsodies of Blackness are complex foundations that generated righteousness and beauty nonetheless (…) I make this altar for the non-binary, halves and quarters and heights who are equally whole. An altar of permission to be bold in our beings and love who we choose.”

Theaster Gates evidently creates objects which have symbolic value: archetypes of the African mask reproduced in bronze and painted, produced on totems arranged as though in a forest-cemetery of massacred ancestors. We also find giant teeth from excavators lined up in memory of devastated houses, and even a house which is nothing but a roof, recalling the little houses on Malaga, but also recalling the fact that the artist’s father worked as a roofer. This piece is perhaps the least explicit in the exhibition. He has made a film called “Dance of Malaga”, with choreography by Kyle Abraham, which merges music with archive images, impossible loves and memories.

A preacher of contemporary art

But most importantly, by channelling his energy in different ways Theaster Gates has invented a new form: he is a preacher of contemporary art, a social agitator for contemporary art.

Before the exhibition opening, however, he quickly refused all interviews. He did take part in a discussion so here are a few extracts from that, blending – like his creation – his life and his visions.

Donald Fisher, Gap and the American dream. Flashback on a legendary collection 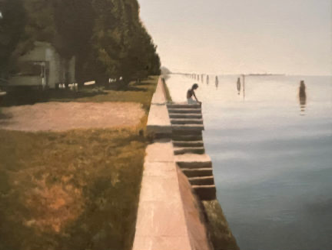 Kupka: the rehabilitation of the inventor of abstraction who wanted to transcribe the sounds of Bach in painting