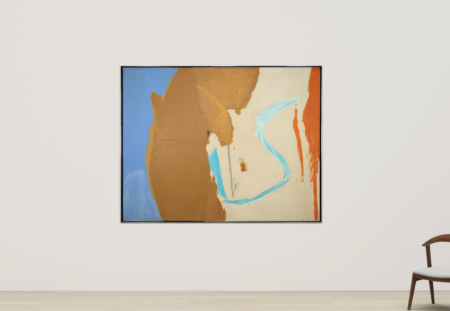 Only from your computer

Until 15 May the Frieze New York virtual fair can be accessed by anyone from their computer, which is the only medium available as a result of the global coronavirus crisis. Frieze London’s younger sister, which presents artworks from 200 exhibitors including 132 American galleries and 82 European galleries, is usually held in a tent on Randall’s Island on the outskirts of Manhattan. For the past few years the operation has been showing signs of weakness, perhaps owing to the fact that its offerings are almost exclusively weighted towards young or fashionable artists, but also as a result of its location, since the site is a long way from the epicentre of the megacity.

But the newly launched “Frieze New York Viewing Room” project manages to circumvent these problems. It presents a large range of pieces for relatively low prices. And the fair’s location, not to mention the usual soaring temperatures in the tent around this time of year, are no longer an issue (See the recent reports about the art fairs online here and here).

The fair’s primary virtue is that the overwhelming majority of artworks on show – up to 30 per booth – are officially displayed with their prices, or at least indicate a price band. Art professionals know that clients won’t react online if they have no idea how much a work costs. The great miracle of the project – and all the other fairs will inevitably follow suit – is the fact that galleries who are normally very secretive about the prices of their artists’ works, like Gagosian for example, are now publicly displaying their values. The visitor to the Frieze Viewing Room can make selections according to their budget (as well as searching artists by genre, but not by nationality. There is still clearly some tweaking to do). Consequently, transparency has become the new norm in this online marketplace. When the virtual fair opened, however, we observed one notable exception. 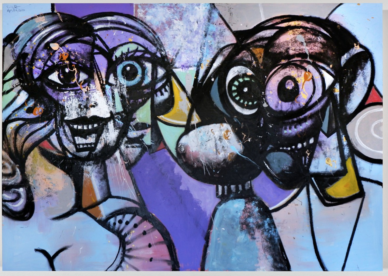 The multinational Swiss-origin gallery Hauser & Wirth presented a particularly topical painting at their booth (See a previous interview of Iwan Wirth at ABHK). “Distanced Figures” by the American artist Georges Condo (born in 1957), an artist who is currently in high demand, was exhibited without indicating the requested sum. We learned a few hours later that the canvas had been sold for 2 million dollars. At the time of writing, this is probably the largest sale recorded so far at the Frieze Viewing Room.

Although the director of Frieze, Victoria Siddall, is satisfied, she admits that the results aren’t remotely comparable to what they would have been over the course of a “real” fair (See the report about the last Frieze London). “Fairs are catalysts for sales. Several works were sold for over a million dollars at Xavier Hufkens, Ropac and Piano Nobile.” She also notes the significant business for galleries championing young artists, like Château Shatto from Los Angeles.

Olivia Barrett, who runs the gallery, observes that they have devoted their entire booth to promoting the work of the Puerto Rican figurative painter Jonny Negron (born in 1985) with canvases priced on average at 6,000 euros. “His figurative painting style with saturated colours goes down well online. We also knew that demand at the moment is concentrated on prices under 10,000 dollars.” (See the report about Parker Ito an other artist from Château Shatto)

This serves as confirmation that the Frieze Viewing Room is displaying relatively low prices, far from the hundreds of thousands of dollars to which the market was accustomed a few years ago. 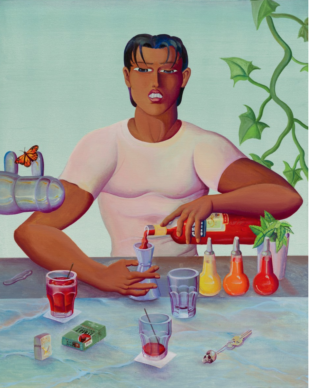 At White Cube, one of the world’s influential galleries with branches in London and Hong Kong, Matthieu Paris remarks: “This platform is very well made but the digital will never replace the experience of the real thing. We dealers and collectors need to physically appreciate art. We sold six works between 20,000 and 100,000 dollars.” White Cube exclusively selected works on paper for the occasion, for the most part priced under 300,000 dollars, from art world stars like Richard Serra and Tracey Emin. “It’s the Americans and Asians who have shown the most interest. The Europeans still seem to be traumatised by the situation.” 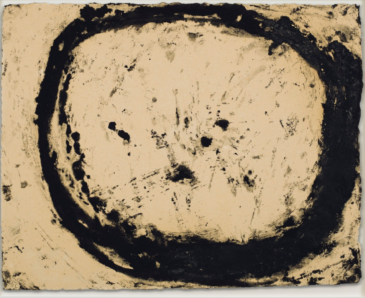 In London, Bernard Jacobson opened the gallery that bears his name in 1969. He’s the specialist on one of the giants of American abstract expressionism, Robert Motherwell (1915-1991). While his offerings have attracted a lot of interest, for now he has yet to make any sales. “There is currently an evident lack of forward thinking in the art market. Tastes are dictated by people who have money like Eli Broad, not by people who know about art. Robert Motherwell was a great painter of his time, on the same level as Pollock or Rothko, but he was modest and discreet. That’s why he’s underrated. Today we put a premium on likeable artists like David Hockney, who uses pretty colours but who is too eager to please. Great art should be ahead of its time. People don’t want important artists these days. They’re looking for what’s on trend.” At his booth’s virtual space we find a remarkable painting by Motherwell dating from 1959 for several million dollars, along with a lithograph by the same artist from 1980 for 6,000 dollars and an exceptional work on paper dating from 1960 by another champion of American abstract painting, Sam Francis, on sale for 100,000 dollars.

In Paris, the Mor-Charpentier gallery is displaying works by young artists that are often tinged with political discourse. With galleries allowed to reopen this week in the French capital, they are exhibiting among others the co-winner of the Turner Prize 2019, Lawrence Abu Hamdan (born in 1985). Alex Mor is pleased with their participation in the Frieze Viewing Room, having sold six works for between 10,000 and 30,000 euros to collectors who they didn’t know beforehand. “We deliberately selected works that weren’t too expensive,” he also admits. (See the report about Arco 2020 where Alex Mor speaks about political art) 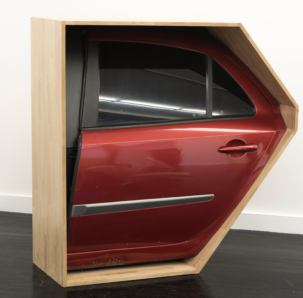 Miraculously, during these times of upheaval, buying art online still has an appeal, provided that the prices are low.