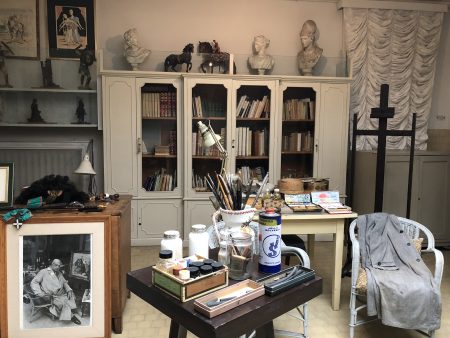 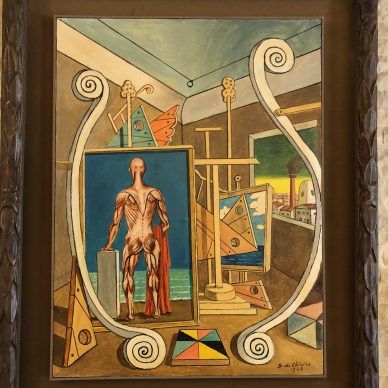 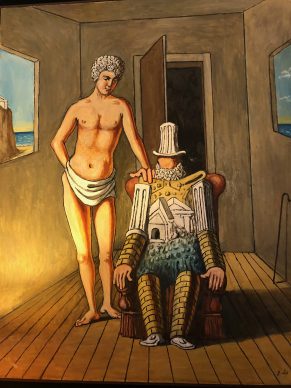 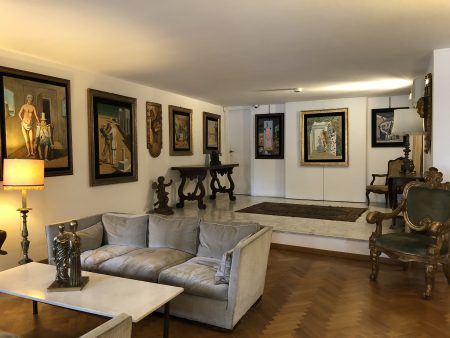 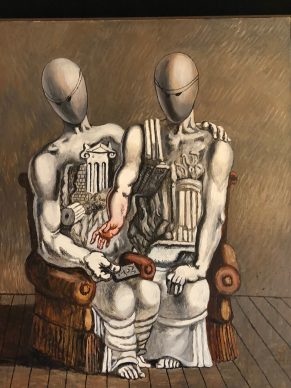 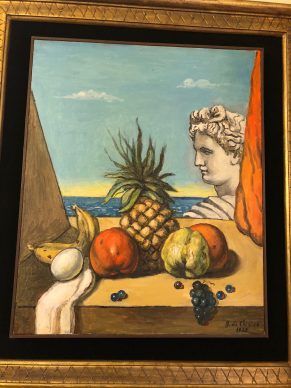 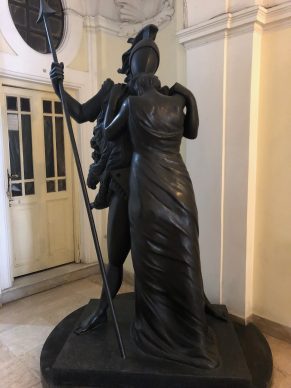 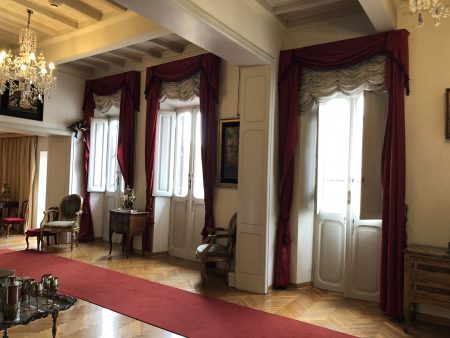 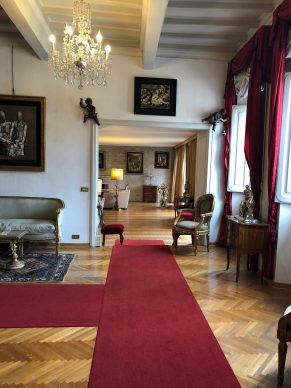 In the Parisian district of Le Marais, the Tornabuoni gallery is exhibiting 24 paintings until 24 February by one of the most famous yet also most controversial artists in the history of twentieth-century art: Giorgio de Chirico (1888-1978). They are on sale for between 225 000 and several million euros. The paintings are accompanied by manuscript texts, poems, personal letters, and writings on art by de Chirico himself, loaned by the artist’s foundation.

In 2009 the City of Paris’s Museum of Modern Art organized an intelligent retrospective which took stock of this solitary, provocative, ultra-narcissistic painter who derided his contemporaries. De Chirico would go on to find fame thanks to his so-called metaphysical paintings from the 1910s: urban landscapes inspired by classical antiquity inhabited by strange shadows and frozen figures. In these paintings he seems to be transcribing dreams or riddles.

While he was staying in Paris, Apollinaire then the surrealists swooned before these unique works, which, as he himself says, are the expression of an “inner gaze”. These days, there are two clearly distinct markets for the Italian artist. On the one hand, the metaphysical works from the 1910s sell for extraordinary prices. But these painting are extremely rare.

The artist’s record price dates from 2009 with the sale of Yves Saint Laurent and Pierre Bergé’s collection at Christie’s. His painting “Le revenant” dating from 1918 was featured in the sale and sold for 11 million euros.

Several de Chirico pieces are soon to be presented at auction, on 28 February at Christie’s in London and 22 March at Sotheby’s in Paris.

Tornabuoni is exhibiting a 1915 canvas depicting a tower by night, on sale within the range of recent auction prices. In 2017, for example, “The Dream of Tobias” from 1917 was sold in New York for 8.4 million euros.

On the other hand, there is all his subsequent work, which is relegated to radically lower price ranges. In the 1920s and ’30s, de Chirico was inspired by the great classics of art history. His style of painting became kitsch and certainly intentionally so. A head-on portrait of a woman inspired by the nineteenth century yet dating from 1921 is presented at Tornabuoni for 225 000 euros, and a Still Life from 1934, which could easily date from the eighteenth century, is on sale for 320 000 euros.

In the 1950s and even later, the painter would return to endlessly painting metaphysical landscapes, complete with a few variations, and two examples of these from the 1950s are presented for between 475 000 and 1.6 million by the Tornabuoni gallery.

“His work centres around obsession,” explains Michele Casamonti, head of the Tornabuoni galleries.

The curator of the de Chirico foundation in Rome, Katherine Robinson, offers her own version of the Italian artist’s obsessions over Skype.

There are certain famous contemporary artists, like Francesco Vezzoli, who don’t seek to conceal their admiration for him. As a homage to the Italian modern artist last year in London, Vezzoli conceived an exuberant showcase at Nahmad Projects, which established a dialogue between his own work and that of his predecessor.

For Cyrille Cohen, vice president of Sotheby’s France and a specialist in surrealism, “up until the 1980s, everything by de Chirico that wasn’t from the 1910s was completely ignored by the market. However, for a few years now we have been witnessing a rise in values and esteem for the later periods.”

Michele Casamonti observes that “the market for de Chirico belongs to a very specialized segment of demand. The prices are not dependent on the format but rather the years of production and the subject matter.” According to the Artprice database, de Chirico’s global value increased by 13% in 2017. Art history and the art market now seem to be revisiting the different periods of the twentieth-century classics.

In the meantime, you can always stop by Rome and pay a visit to the Piazza di Roma to see Giorgio de Chirico’s apartment and studio. The experience is worth the trip. The artist who claimed to be both revolutionary and steeped in classicism lived until his death in a bourgeois apartment decorated with silverware and, of course, his own paintings. 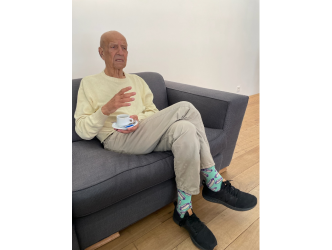 Alex Katz at the Guggenheim museum: What matters to me is the idea of the present moment