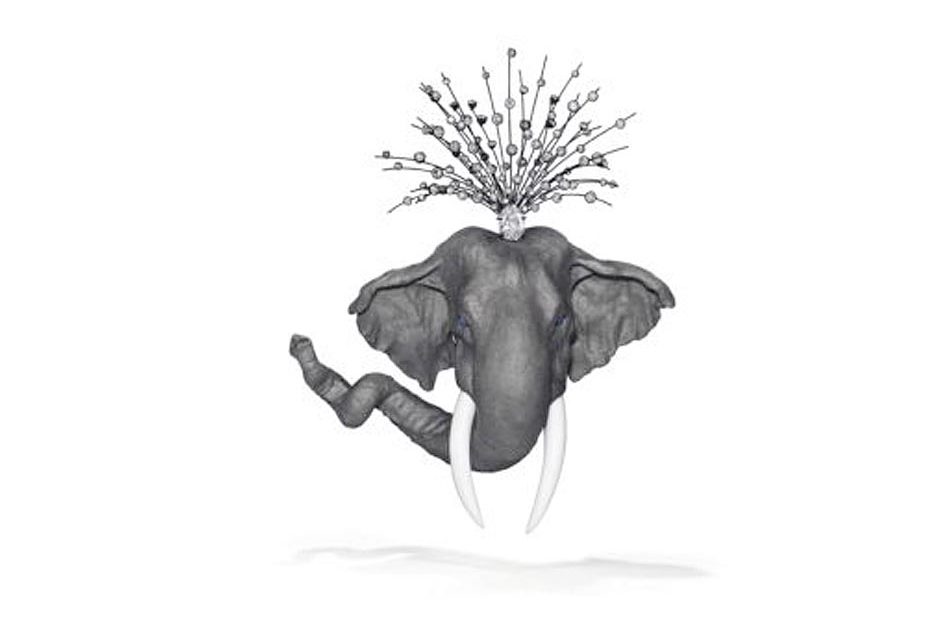 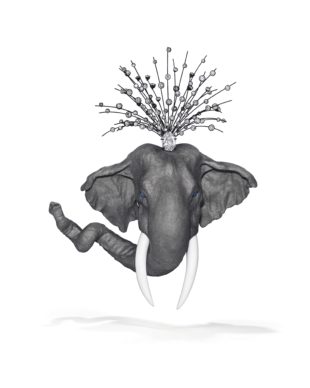 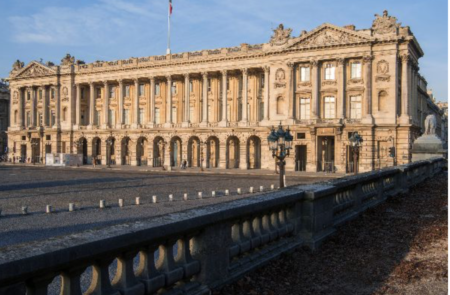 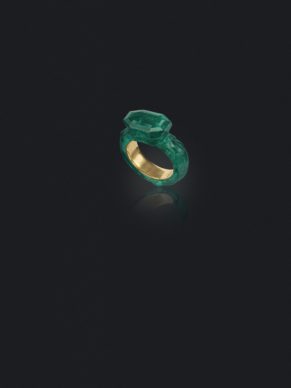 A CARVED EMERALD AND GOLD RING 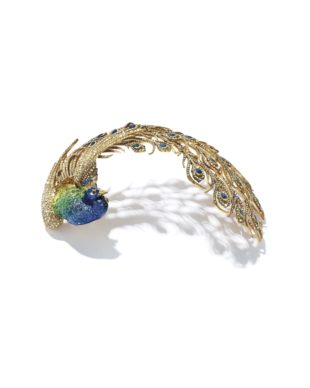 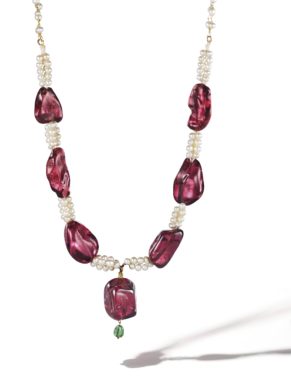 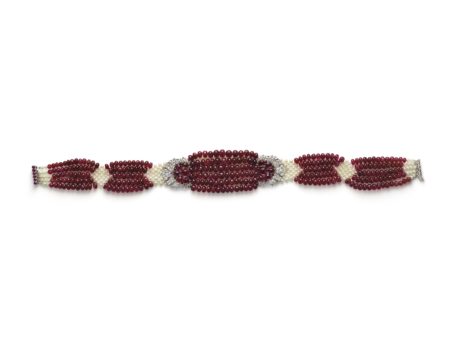 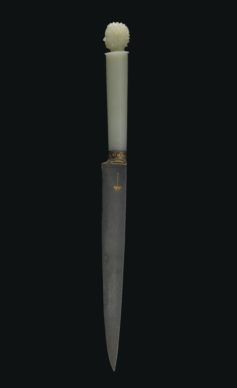 Between 2016 and 2018 a fabulous collection of jewellery and precious objects went for a round-the-world tour with six stops from New York to London, Paris (the lavish exhibition at the Grand Palais was the subject of a report) to Venice, and San Francisco to Beijing. It belongs to Sheikh Hamad Al Thani, son of a former Qatari prime minister and cousin of the current Emir, who is known in France as the owner of the Hôtel Lambert, one of the emblematic buildings on the Ile Saint Louis.

Watch the video about the exhibition at the Grand Palais to find out more:

The collection at auction

But we may be surprised to observe that after this grand tour, on 19 June in New York, Christie’s will be putting the majority of these jewels amassed by the Sheikh since 2009 under the spotlight at auction, representing a total of 388 lots.

We can perhaps find a justification for this sale in a statement made on 25 October last year by the Centre des Monuments Nationaux (CMN, National Monuments Centre), which manages among others the Hôtel de la Marine at the Place de la Concorde, explaining that they’re granting 400m2 in the heart of this building to the Al Thani Collection Foundation directed by Sheikh Haman Al Thani for a period of 20 years.

Moreover, still according to the CMN, the collector “is making an extremely generous donation which will support the restoration of the Hôtel”. Rumours claim that the Sheikh, known for his limitless appetite for purchases, will henceforth be more careful when it comes to money in light of his new projects. It’s likely that he also doesn’t want to show once again what has already been in Paris. We  note that the same collector has just made a donation to the CMN of a commode stamped by the cabinet-maker Riesener, bought for 1.1 million dollars at auction last April, which was originally placed in what is now the Hôtel de la Marine. In April 2019 he also donated an Indian carved ivory door from the late 18th century to the Musée Guimet in Paris, which was bought for around 340,000 euros from a London antiques dealer. Sheikh Hamad will also be sponsoring an exhibition in September at the Musée des Arts Décoratifs in Paris dedicated to the Maharaja of Indore, a great commissioner of Art Deco.

The Al Thani collection still contains, according to official statements, over 6000 works, including various jewels considered to be masterpieces. Two of them have even been on display since 31 May at the big show organized by Cartier in Beijing’s Forbidden City.

Sheikh Hamad still has a turban ornament known as “The Tiger Eye” composed of a cognac-coloured diamond discovered by the Maharaja of Nawanagar and entrusted by his successor to Cartier in 1937 to be set in platinum. Its value has never been disclosed.

In fact, with the exception of the paintings, the Sheikh is passionate about exceptional objects that bear witness to the history of humanity, from ancient Egypt to the Russian Fabergé eggs via Medieval art or pre-Columbian art, a selection of which will be displayed in around a year’s time in Paris in a well-documented context.

A passion for Indian Jewellery

However, it is his passion for Indian jewellery which has long distinguished him, and it is objects of this type that he will mainly be parting with on 19 June. In India, for centuries women – but also and above all the richest men, Maharajas and other Nizams – wore these ornaments in gold and richly worked precious stones, as symbols of prosperity and talismans. In Rajasthan, Jaipur remains a major hub for the trade and cutting of precious stones.

Historically, the production between Jaipur and Hyderabad was prodigious – it was here that the famous Golconda diamond mines were located. “Selling a diamond of this origin is always a big event,” explains the president of Christie’s Europe, François Curiel. “The Al Thani sale contains seven lots featuring Golconda diamonds.” One of these is a diamond necklace made in around 1890 for the Nizam of Hyderabad whose seven largest stones weigh between 9.9 and 24.38 carats, which has an estimate of 1.2 million dollars.

At auction at Christie’s in 2014, Sheikh Hamad acquired an imperial necklace adorned with seven Mughal spinels (fine red stones) carved with the names of local monarchs and the dates of their reign for 1.8 million dollars. It now has an estimate of 1 million dollars.

Owned by the Shah Jahangir

Among the most highly anticipated objects there is also a dagger that was owned by the Shah Jahangir, who was a Mughal emperor in the 17th century. He was the one who incidentally would order the construction of the Taj Mahal. With a jade hilt carved with a man’s head, it boasts an exceptional pedigree since it most likely belonged to the inventor of the telegraph who was also a collector, F. B. Morse. It was acquired in 2013, according to Forbes magazine, for 250,000 dollars. It is on sale today with an estimate of 1.5 million dollars.

“These profuse offerings give the impression that all these pieces are easy to come by,” observes William Robinson, the head expert at the “world art” department at Christie’s. “But that’s an error. This is a collection of Indian jewellery that is extremely rare, not only due to its historical significance but also the quality of the stones.”

Curiously, Christie’s is refusing to give an overall estimate for the sale but according to François Curiel this will without doubt be “the biggest jewellery sale ever, surpassing the results of the famous sale of the jewellery of Elizabeth Taylor.” The sale of the actress’s collection brought in 115 million dollars in 2011 in New York.

The question is whether the market will be able to absorb such a large quantity of precious objects in one go. All the objects assigned an estimate below 50,000 dollars will be sold without reserve price (1).

(1) A price fixed in agreement with the seller below which a lot cannot be sold. 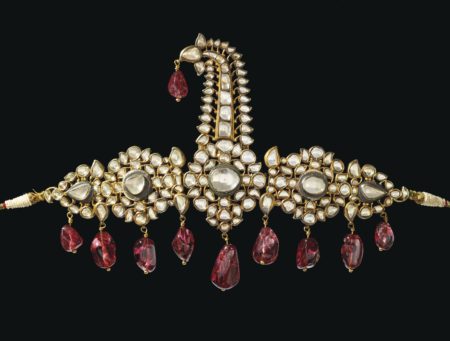 The Nizams of Hyderabad Sarpech Diamond and Spinel Turban Ornament 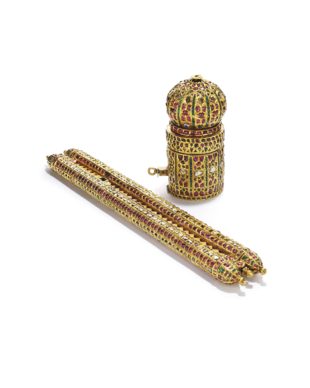 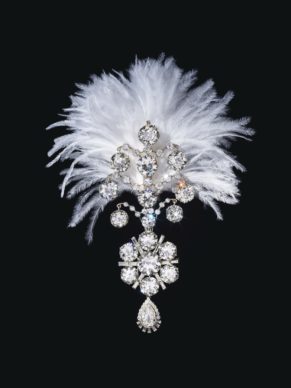 How can a spanish fair survive today?