There are certain artists – and they are rare – who are capable of inventing an entire vocabulary. This is true of the Icelandic-Danish artist who lives in Berlin, Olafur Eliasson (born in 1967), best known for playing with optical illusions, light and natural phenomena which he reproduces in enclosed spaces. 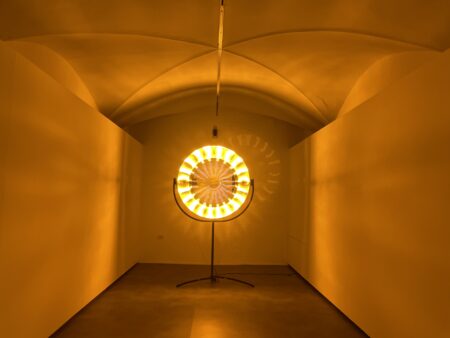 Look at the sky

The artist, who has long been preoccupied by ecological issues, seems to be saying through his eleven immersive installations in XXL format: look at the sky, the light, the rain and the sun all around you! We are greeted in this exhibition by a “modest” artwork that plays with the lights coming in through the Palace’s windows to create colourful geometric compositions, resembling a kind of natural minimal art.

What is a window?

Eliasson has a unique definition of windows: “We have two small windows here,” he says, pointing to his eyes, “two little lenses. They are influenced by our political beliefs, our faith, our cultural comprehension. They don’t tell the truth because there is no such thing as truth. It’s the same for any window in a building. The window transforms our sense of reality.” And so does Olafur. 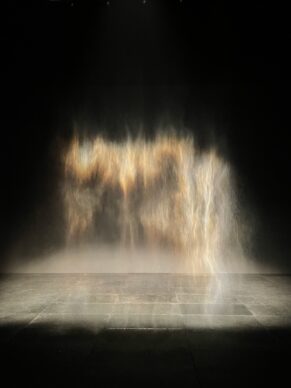 One of the most beautiful Florentine sensations is Beauty, from 1993, where he has lit falling water in such a way that the experience becomes spiritual, like a shower of gold. 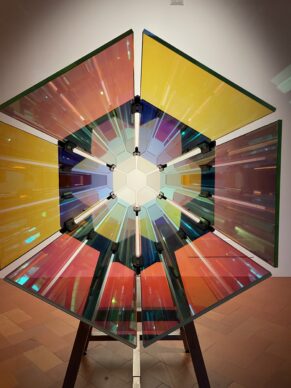 “How do we live together?” from 2019 is composed of a metal curve and a giant mirror which create a parallel space for the viewer who also loses their bearings. His famous giant kaleidoscope turns light into an otherworldly colourful vision which takes us back to childhood. “I wanted to create experiences that give power to the person experiencing them.” 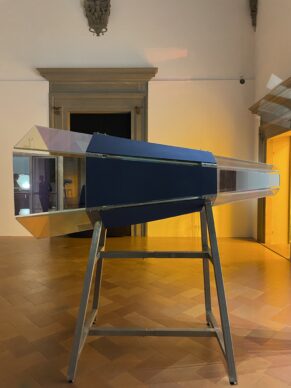 And when he is asked about the evolution of his environmental awareness this trailblazer replies: “I’m not saying that my exhibition will have a direct impact. It simply represents a certain sense of hospitality. Now it’s time for us to act. This will come because people will feel individually responsible. We must live whilst keeping these new values in mind and say to ourselves when we go to bed every night: ‘what do I need to change so that I can feel happier?’” A huge programme… which flows together with Eliasson’s projects. 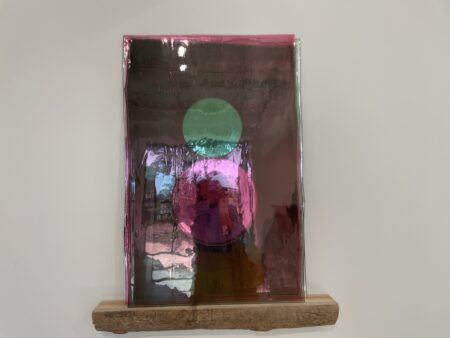 On the outskirts of Florence, in a private villa, there is a  poetic collection of objects made out of multi-layered glass in which he overlaid panes of translucent glass in different colours. 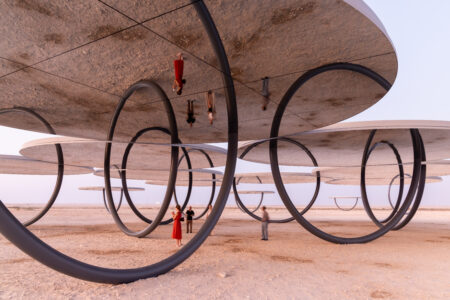 In Paris, with the architectural studio he founded, “Other Spaces”, he designed the installation of the panoramic terrace at the building in the Morland area rehabilitated by David Chipperfield. A system of mirrored metal multiplies the kaleidoscopic effects, making it probably the most beautiful view in Paris. In Turin on 3 November he will also be opening an exhibition at the Castello di Rivoli which he has called “Trembling Horizon”. On 24 October an installation also opened in the Qatari desert in the north of Doha, “Shadows travelling on the sea of the day”, which plays with the reflections of multiple circles and semicircles. 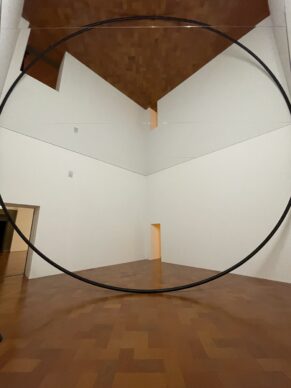 In Florence, on the day of the opening at the Palazzo Strozzi, after a multitude of boring speeches by political figures praising the exhibition, Olafur, with a good-natured air, began his explanation by declaring: “I feel like I am in good company here. Because I know there is a project for the renovation of the Boboli gardens (1). It’s a remarkable place. One that I have been visiting for a long time. It was made accessible to visitors in 1766 long before the French Revolution.” These last words resounded with the wish to ensure, facing this audience of men charged with public service, that the works would indeed be carried out. 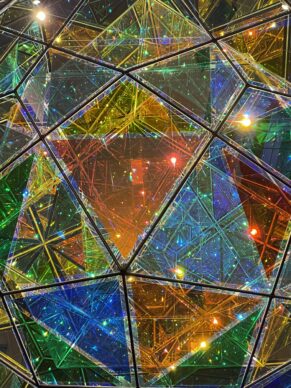 He then talked about his “Little Sun”, a small autonomous lamp which he developed that is fuelled by solar power, “with no carbon footprint, it is on sale at the museum’s boutique. There are already 8 million Africans using it.” He adds: “when the sun shines, energy is falling from the sky.” Through his discourse, the artist Olafur Eliasson has become a new kind of politician, one who uses poetry to convert crowds and influence public policy. 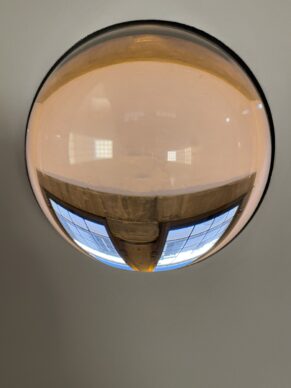 (1) A public park and Italian-style garden that was originally conceived for the Medicis.

– Palazzo Al Bosco: until 30 July at the Tinaia Al Bosco, by appointment. www.latinaia-albosco.com 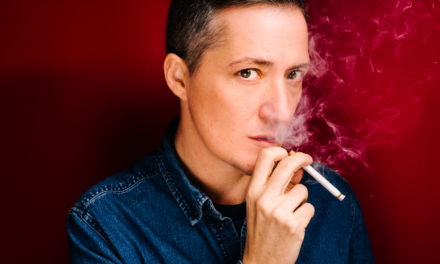 Paul B Preciado: trans activism and contemporary art, the interview 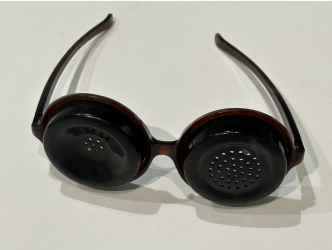